ToolGuyd > Power Tools > Cordless > New Makita XDT16 Brushless Impact Driver
If you buy something through our links, ToolGuyd might earn an affiliate commission. 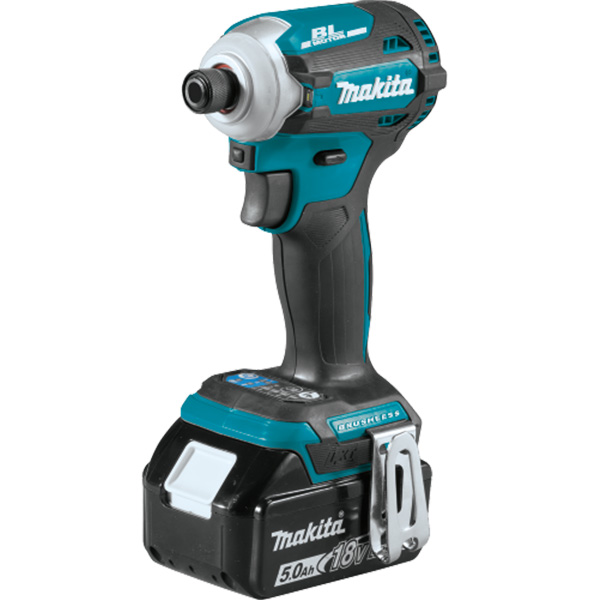 Makita USA has “teased” about the launch of another new brushless impact driver, model XDT16.

All they’re saying so far is that the new XDT16T will be powerful and compact with 4 speed settings and a range of fastening modes for category-leading performance.

(Makita tends to be very reticent when it comes to providing any details or answering questions about tools that they “tease” about before they’re “officially announced,” and so we’re not able to obtain any official details or specs. Meaning, consider all of the following details as unconfirmed.) 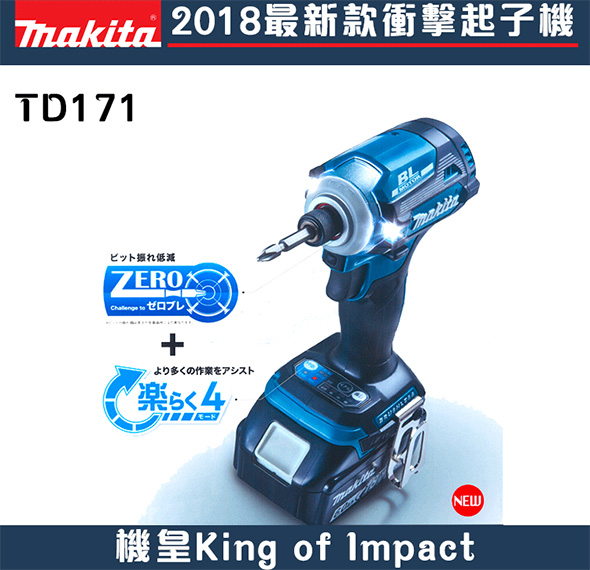 However, it looks like the Makita XDT16 is the USA or North American version of the Makita TD171 that launched overseas. The TD171, the successor to the TD170 that’s rebranded in the USA as the XDT12, looks to have quite the array of advance features.

First, there’s a new selector button, just above the trigger switch, which is describe as a “fast switching mode function.” (Remember, this is translated from Japanese and Chinese websites, so there might be some inaccuracies.) 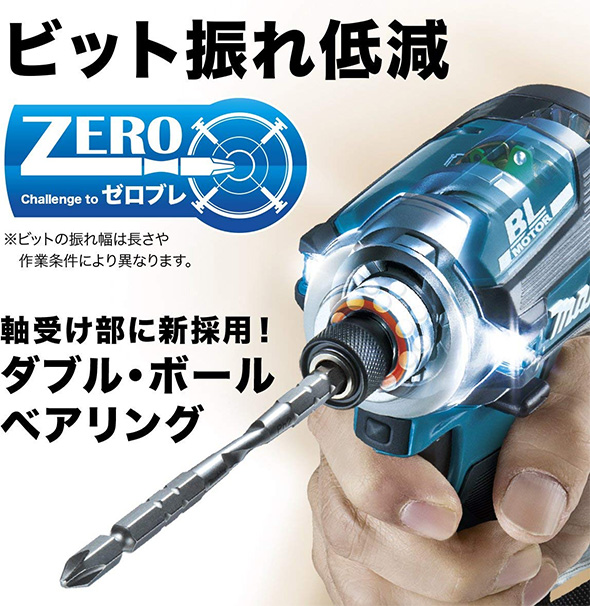 As shown in the image, there are two LEDs, on left and right sides, for shadow-eliminating illumination. 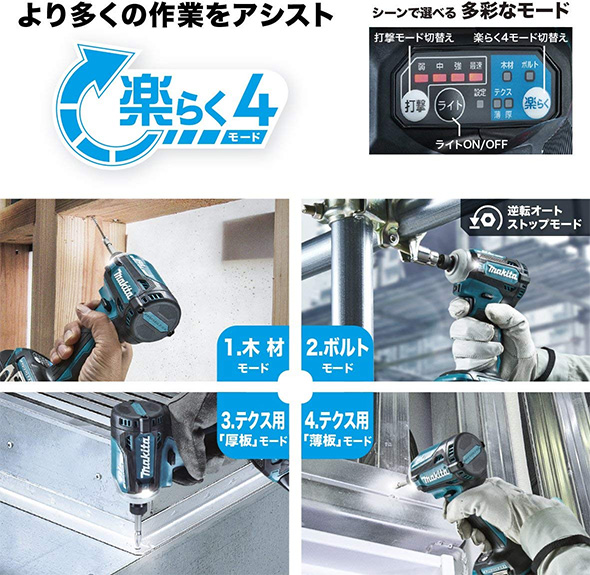 The impact and torque modes are described as including 4 special modes and “4 stage switching.”

The international TD171 is shown with a 6.0Ah battery, and there are claims of a 40 minute recharge time.

The Makita XDT12 impact driver, their current flagship model, has 6 modes – 4 speed modes with relatively linear speed and impact speed ratios, ranging from low to high, plus 2 other modes – “assist” and “tightening.”

There’s no word as whether the XDT16 will be sold alongside the XDT12, or if it’s replacing it.

Makita says that the new XDT16 brushless impact driver will be available in the winter. Hopefully they’ll be up for talking about it in detail, because there are a ton of questions and uncertainties, but a lot of things to be excited about.

“Zero Wobble” sounds like a bold but potentially game-changing claim. The addition of new modes is also interesting.

The TD171 (and likely also the XDT16) might also be the most compact impact driver on the market. If not, it comes extremely close.

The difference in length between this and the Milwaukee 2853 is so small that a determination cannot be made from on-paper specs, which are often rounded up or down slightly. Based on the specs available – 4.59″ for the Milwaukee, and 116 mm for the Makita, the span of “before rounding” values that are permissible for those numbers to still be true can lead to (4.585″ to 4.595″ for the Milwaukee, and 115.5 to 116.5 mm for the Makita), either model could be “most compact.” It’ll take a micrometer, or knowledge of Makita’s impact driver’s length in inches to 2 decimal places, to determine which tool is smaller. And by “smaller,” we’re talking about extremely small margins. For practical purposes, the two impacts could be considered as the very nearly the same length. Together they’re the most compact impact drivers of their kind.

Part of me wondered aloud “does Makita really need a 10th 18V impact driver on the market right now?” But then other voices shout “yes, look at what it brings to the table.”

We’ll keep you posted if or when we find out more.