ToolGuyd > Editorial > Mechanix Impact Pro Work Gloves Review
If you buy something through our links, ToolGuyd might earn an affiliate commission. 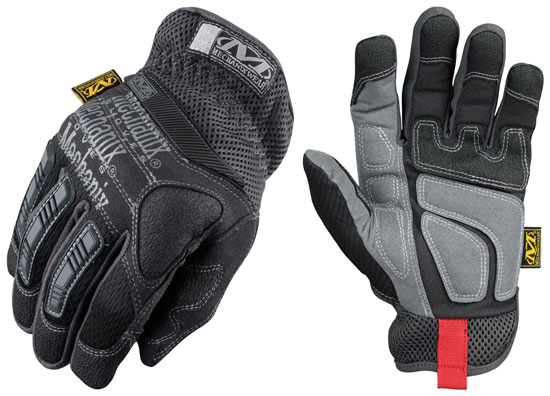 As mentioned in our recent recommend your favorite work gloves post, I was in the market for a new pair of work gloves. I ordered the Mechanix Impact Pro gloves shown above, received them a few weeks ago, and tried them on for the first time earlier today.

Initially, I hated the new gloves. I then wore them to help me carry a large 75-pound box up the stairs, during a quick assembly project, and to drill a few holes.

Back in late 2007, I purchased a pair of Mechanix Pro-Fit Series 4.0 Impact Protection gloves, model #H30-05-009, and they were superb. They’re built with EVA foam padding, stretch Cordura panels between fingers, and ventilated stretch panels around the hand. 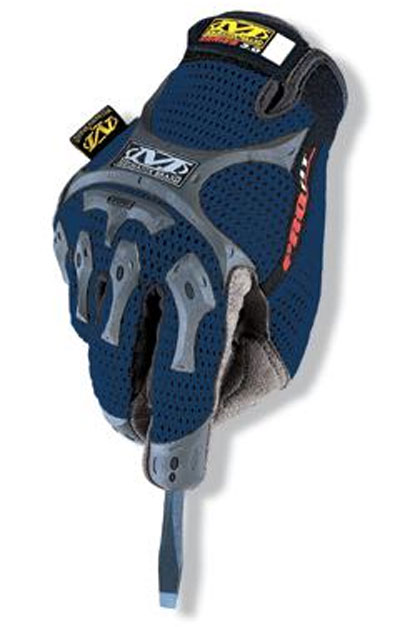 I typically use these gloves when working with heavier power tools, such as my corded hammer drill, as the cushioned palms help to dampen the vibrations.

Both gloves have the same exact model number (H30-05), and I assumed the change was only in the name from Pro-Fit Series 3.0 Impact Protection to simply Impact Pro. However, the change is not just in name. The new gloves are completely different.

I know that the new gloves would be different, but there is far less palm cushioning than on the older ones. There’s plenty of plastic padding on the knuckles, but the emphasis on the palm seems to be on increased abrasion resistance and not cushioned impact protection. The quality of materials seems to be a little lower as well. For instance, Mechanix swapped out the Cordura finger webbing for generic fabric.

I don’t mean to nitpick about little differences. I knew immediately that I didn’t like the gloves, and that no amount of breaking them in will help. Then, after testing them a bit, I sat down and examined all the differences, with an older Pro-Fit glove on my right hand, and newer Impact Pro glove on my left. I switched hands to see if it made a difference.

I wouldn’t be so irate if Mechanix didn’t pass along the model number between gloves. To me, the same model number on two products indicates that one is an evolution or upgrade to the other. In this case, I feel that the new Impact Pro glove is an inferior product.

I won’t swear off Mechanix gloves entirely, and might still try the MPact or MPact 2 gloves someday. But for the time being, I’ll toss my new Impact Pro gloves into a seldom used tool box and shop around for a different brand.

Over in the recommendations post, Scott recommended Youngstown’s Anti-Vibe XT gloves. I’ll probably give this a try next.

Why, oh why did Mechanix have to replace my favorite work glove design with one that has a poor fit, reduced palm impact protection, a large protruding rubber ridge, reduced flexibility, no wrist closure, and presumably cheapened materials? *Sigh.*

If you’re looking for a glove with great impact protection, look elsewhere. These do dampen tool vibrations, but not as well as Mechanix’s older style glove.

These gloves have an added rubber strip on the back of the hand that juts out enough where it will grab on obstructions when reaching into tight areas, and they lack any sort of wrist flap closure. When in use, the material around the wrist just flaps around freely.

To be fair, these gloves do have grippier fingertips and upper palm lining, but I never had issue with my older gloves being slippery.

The Mechanix gloves I bought these to replace cost me $24.

The product featured in this review was purchased at retail pricing through Amazon.