ToolGuyd > DealGuyd > Milwaukee Cordless Power Tool Deals of the Day, 9/10/2019
If you buy something through our links, ToolGuyd might earn an affiliate commission. 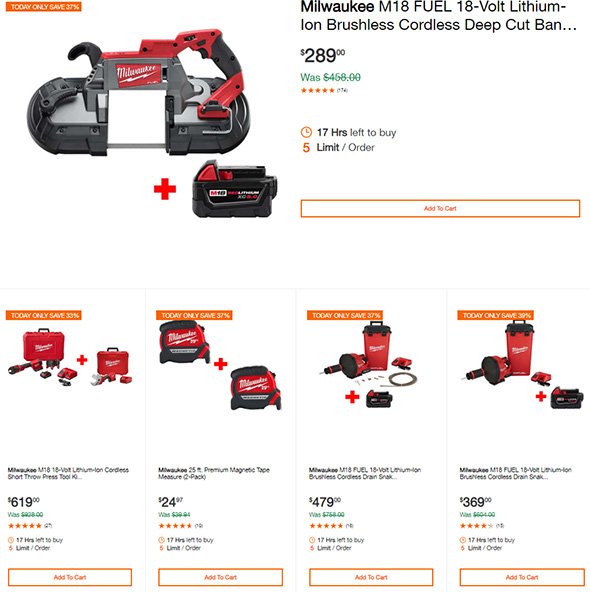 Over at Home Depot, they have a slew of Milwaukee cordless power tool deals (plus some others), today only, 9/10/2019. Some of the deals look to be quite good too!

These deals are now over. Don’t miss another deal – sign up for our newsletter!

Thank you Andrew for the heads-up!

A lot of today’s deals are on tools that you don’t typically see in promos like this, especially the Milwaukee M18 Fuel cordless power tools like the band saw, grease gun, and the table saw.

Often, daily deals are on combo kits and other tools that seem meant to entice new users to a cordless system. When you see a deal where you get a bare tool with a bonus battery, that’s presumably for existing Milwaukee cordless power tool users. But you also don’t often see deals on specialty tools, like the PEX crimpers or drain snake. A couple of today’s Milwaukee cordless power tool deals seemed aimed at plumbers, but there are other deals for broader user interests and needs as well. 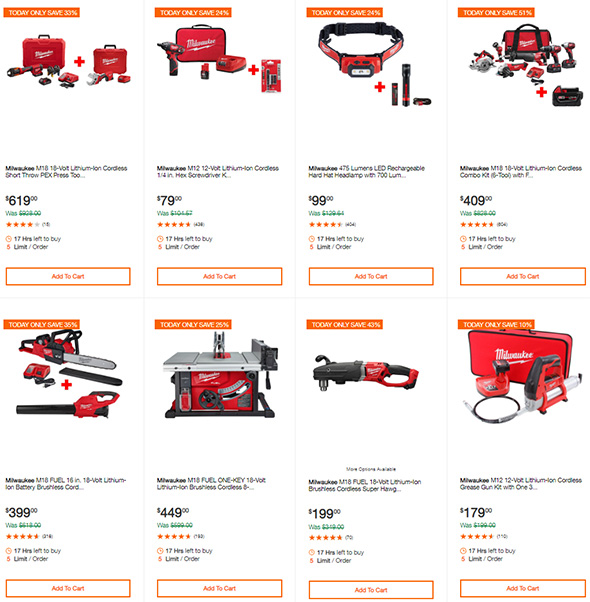 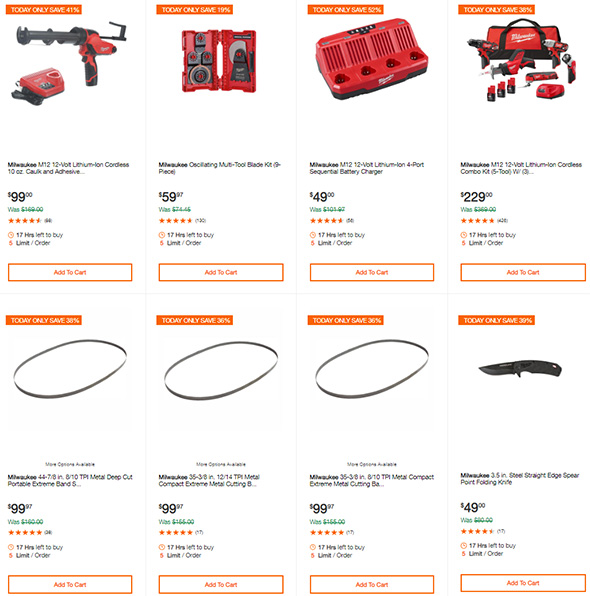 The M12 cordless caulk gun seems to be a particularly good deal, seeing as how the bare tool is typically priced at $129 and the kit $169. 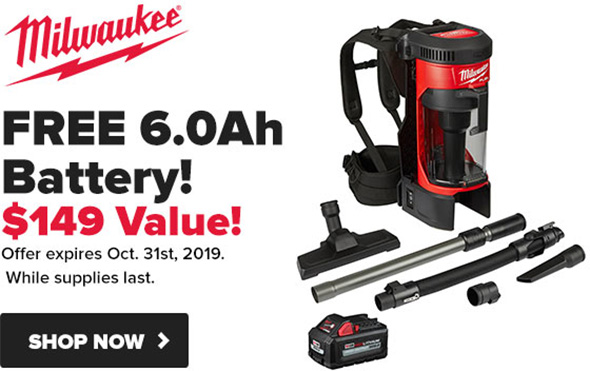 Over at Tool Nut, buy Milwaukee’s [excellent] M18 Fuel 3-in-1 backpack vacuum, get a free 6.0Ah battery. The bonus battery is automatically added to your cart at checkout.

We use our review sample all the time, although rarely as a backpack vac. It makes quick cleanups a quieter and more pleasant experience than with many other cordless vacs.

I had wanted to mention this deal earlier, but the first time I learned about it I wasn’t seeing the free bonus battery in my cart during a checkout test.