ToolGuyd > Hand Tools > Electrical Tools > What the Heck are Milwaukee’s ECX Screwdrivers and Bits for?
If you buy something through our links, ToolGuyd might earn an affiliate commission. 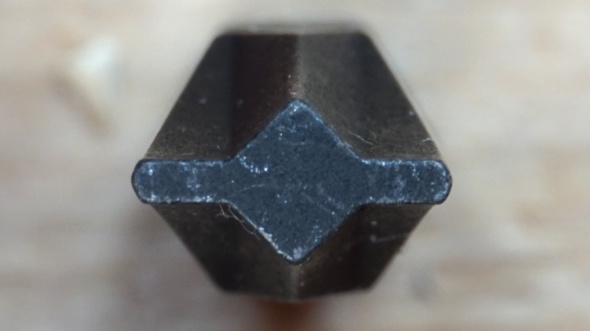 I was working on a post rounding up all the new Milwaukee screwdrivers, and while dealing with familiar tips like Phillips, Torx and square drive, I also kept running into ECX. I wasn’t familiar with ECX bits, so I had to do a little research.

I couldn’t find a good photo of what an ECX tip looks like, so I had to purchase some ECX bits and take the above photo. ECX bits are also very similar to Klein’s combination tip bits that Stuart wrote about a while ago. 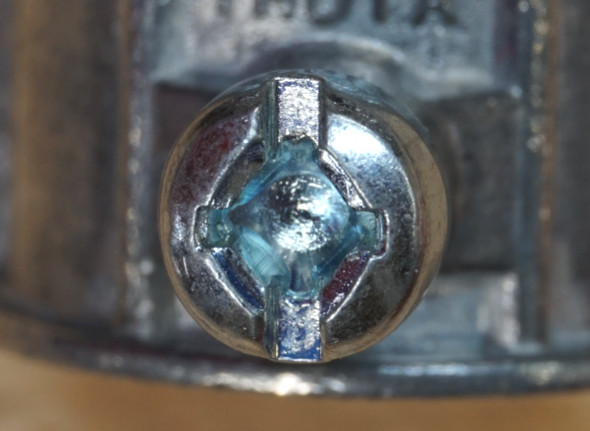 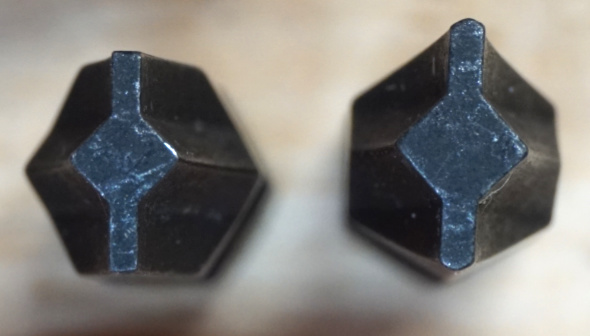 Here are a few examples of places you’ll run into combination screws: 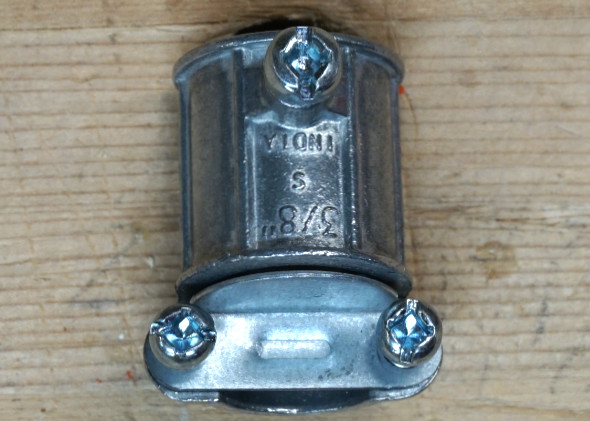 Above is a combination set screw coupling. Several conduit couplings and wire connectors use some form of combination screw. 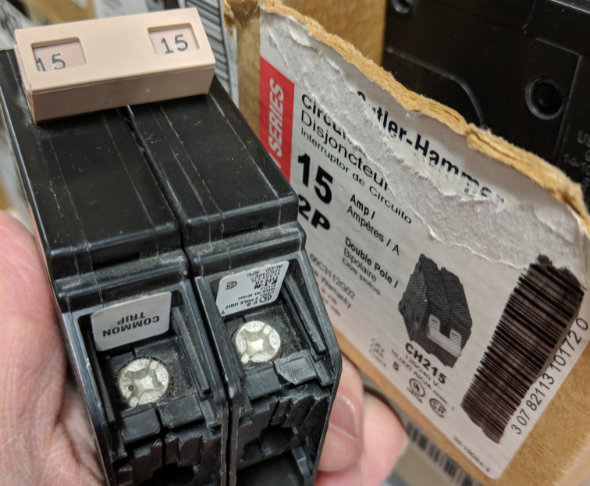 Some circuit breakers use the type of combination drive that ECX was designed to fit.

Now you don’t need to be an electrician to run into combination screws, everyday items like plugs and outlets use them too. 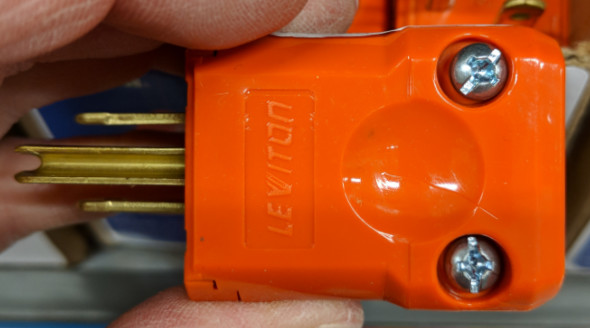 Above is a replacement plug I found while wandering around Home Depot. 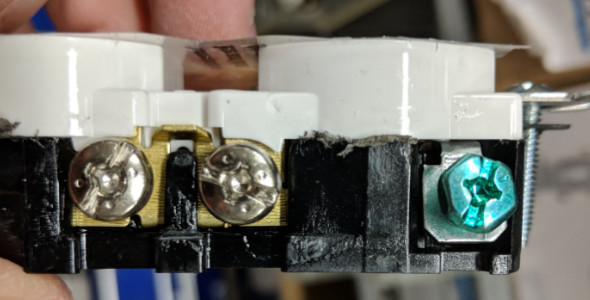 The receptacle above uses combination screws for both its terminal screws and the screws that hold it in the electrical box.

As I mentioned above, there are several different types of combination screws. 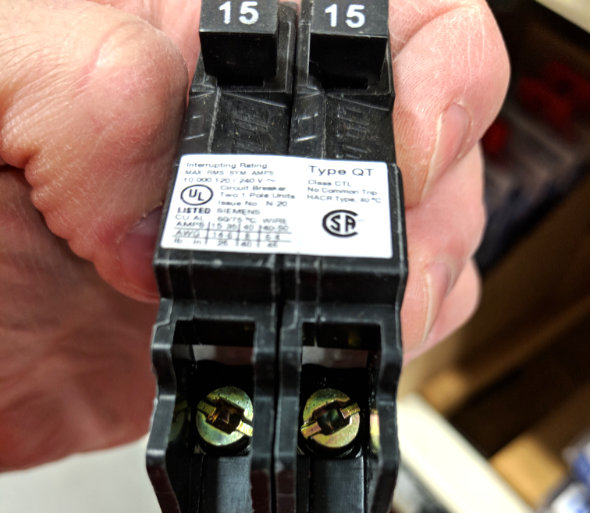 The circuit breaker shown here has a combination slotted and square head. Notice the square head is in-line with the slot, not diagonal to it like the type of screw head the ECX bit was designed to fit. 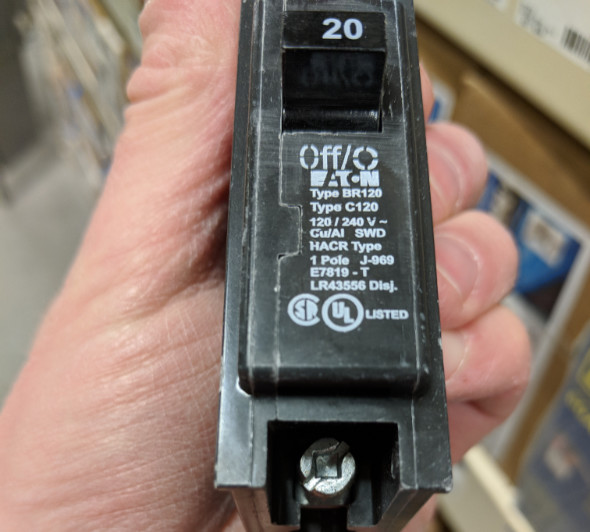 This breaker I found has a combination slotted/square drive head where the square drive is positioned diagonally to the slot. I suspect an ECX bit would work in this screw, but I’m not positive. 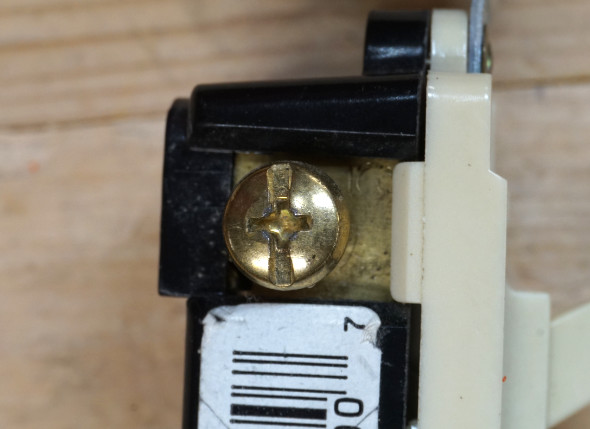 Finally, this old switch has a combination Phillips and slotted head. It is NOT compatible with the ECX bit.

The whole point of a combination head screw is that you can use whichever screwdriver you have on you, or bit you have in your driver to turn it, and that you shouldn’t need to carry an arsenal of driver bits or a pocketful of screwdrivers. So doesn’t creating yet another bit type or screwdriver that you need to carry seem counter productive?

If in creating a combination type head, you make a head that doesn’t really fit any one type of driver very well, then creating a new bit type to fit these screws better might cause less frustration. Milwaukee claims that ECX Driver Bits are: “…designed for superior grip to eliminate rounding out fastener heads.”

Does ECX make life easier or just add more unneeded complication? That’s something I can’t answer. Maybe you can.