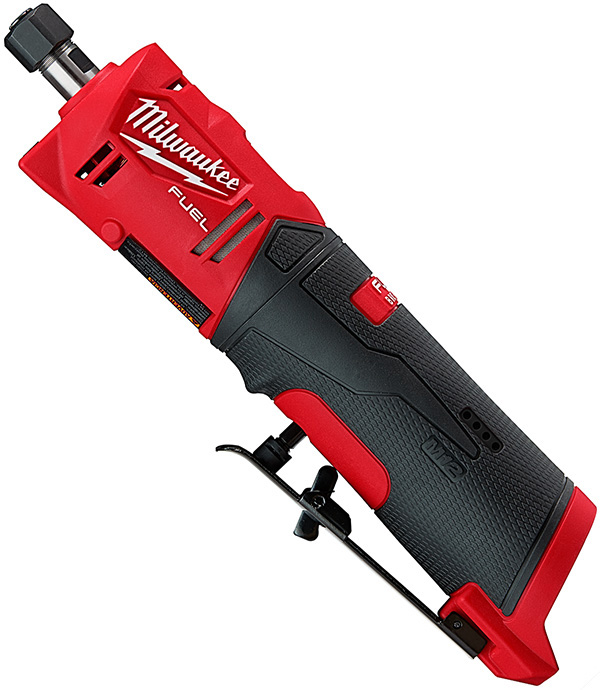 The new Milwaukee cordless die grinder is designed to “remove the need for compressors and hoses” and can be used with common accessories up to 2″. 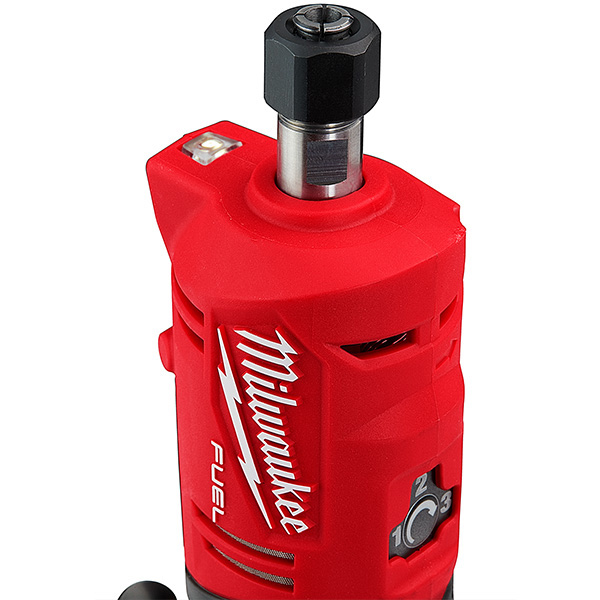 The die grinder features a 3-mode digital speed control, up to 21,000 RPM, and an LED worklight. 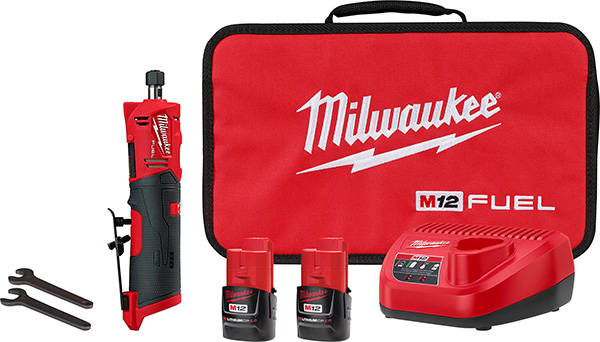 The kit comes with the tool, collet wrenches, (2) 2.0Ah batteries, and a charger. A bare tool will also be available. 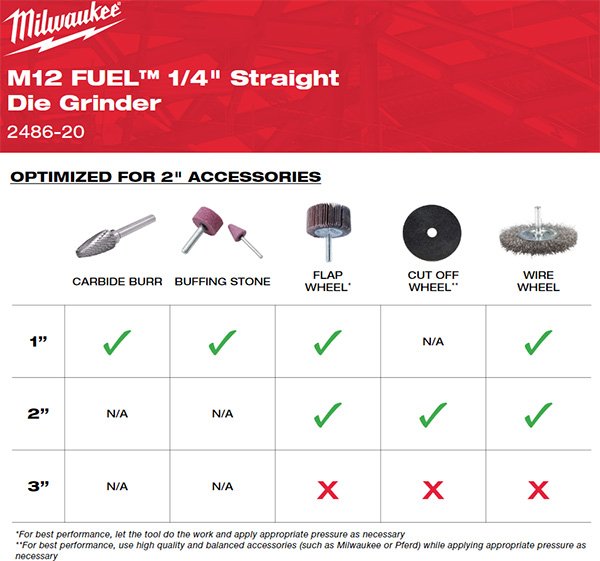 The new die grinder can work with carbide burrs, buffing stones, and flap wheels, cut-off wheels, and wire wheels up to 2″.

Retailer product pages say that the die grinder comes with a 1/4″ collet and also offers 1/8″ compatibility, presumably with an optional accessory. 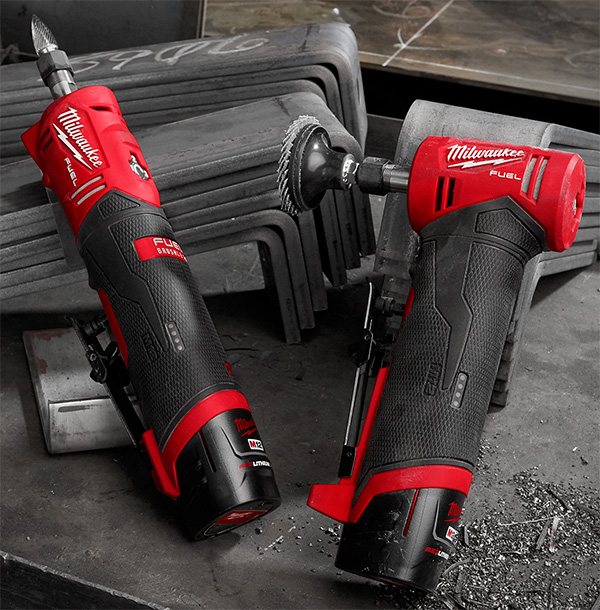 As you might recall, Milwaukee announced an M12 Fuel right angle die grinder a couple of months ago at NPS19.

The right angle die grinder is capable of slightly higher operating speeds (25K RPM) and has a fourth speed setting.

It looks to me that the new M12 Fuel straight die grinder makes a nice companion to the recent angled die grinder.

The right angle die grinder is probably going to be the go-to for surface prep tasks, and this straight die grinder the go-to for cutting, grinding, and deburring tasks, similar to how like-designed air tools are used.

Compared to the many cordless die grinders on the market, the new Milwaukee M12 Fuel 2486 is smaller and lighter. It’s not going to have the endurance to keep up with 18V or 20V Max-class tools, but its smaller size should be less fatiguing for users.

The M12 Fuel brushless motor right angle die grinder seems to have had a popular launch. Are you guys as enthusiastic about this new straight die grinder?