ToolGuyd > Power Tools > Cordless > Milwaukee M18 One-Key Tools as Night Lights, and Other Blackout Tool Tales
If you buy something through our links, ToolGuyd might earn an affiliate commission. 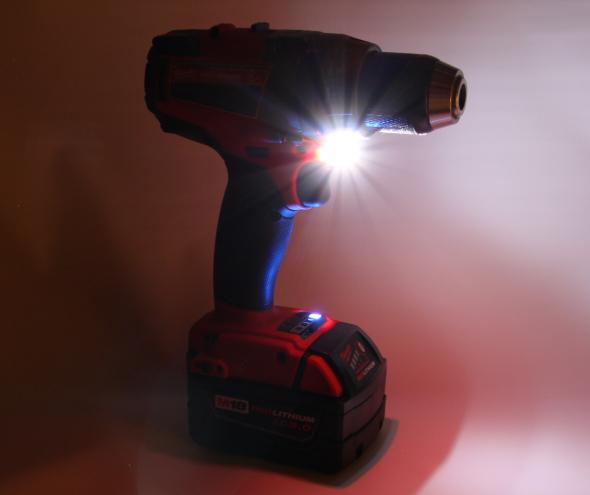 It was around 6:30 pm on Tuesday, and we had finished dinner in a hurry because it was storming out. Torrential rains, 70 mph winds, flash flood warnings: we figured there was a good chance the power would go out. We weren’t disappointed.

We couldn’t even call the power company at first, the system was probably broken by the barrage of calls. When we finally got through to report our power outage, they gave us an estimate repair time of 9:30pm. That time came and went and we needed to put the kids to bed.

My kids are still a little afraid of the dark, so they sleep with night lights, which require AC power. With the power out, we needed a substitute.

Sure, we had flashlights and my Ryobi Worklight, but we didn’t have any flashlights that were dim enough to be used as nightlights, and that would last until morning. Then I remembered that I saw an option on my Milwaukee M18 One-Key tool samples, where you could program the light to always stay on. 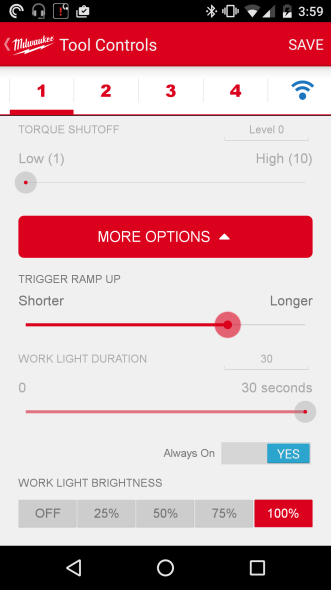 I ran down to my shop and grabbed my One-Key drill and impact driver — one tool for each kid. I switched them into Bluetooth mode and programmed each one to stay on when the trigger was pulled. I didn’t bother saving the profile because as long as you leave the tool in Bluetooth mode the program will keep running.

I set up the drill on my daughter’s desk and pulled the trigger. At 100% brightness it was almost the exact amount of light her nightlight gives off. For my son I found that setting the brightness to 75% worked better. 25% and 50% were also available options.

In the middle of the night, my son got up, grabbed the impact driver, and used it to find his way to the bathroom.

In the morning I turned off the lights by setting the tools to another one of the presets and pulling the trigger. Then I checked and the battery meter on both tools, and it hadn’t moved, still showing full power. I probably could have used the tools as night lights for days.

Was it the most elegant solution? Well no, but it worked surprisingly well. The tool was easy to position and stayed right where you put it, unlike a round flashlight which has a tendency to roll. 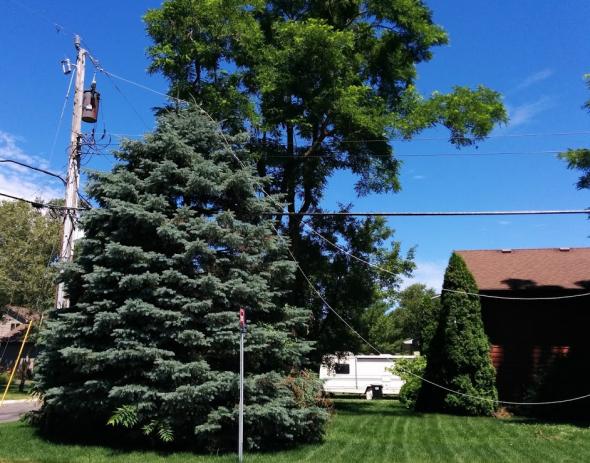 Wednesday morning came and we still didn’t have any power. I searched the neighborhood and found the downed lines, but nobody was working on them. It was 4:30 in the afternoon, before the power company fixed the lines. I can’t blame them though, there was an estimate that as many as 170,000 households had lost power in the storm. We were pretty lucky to get power back in less than 24 hours.

Energy in the Wrong Place 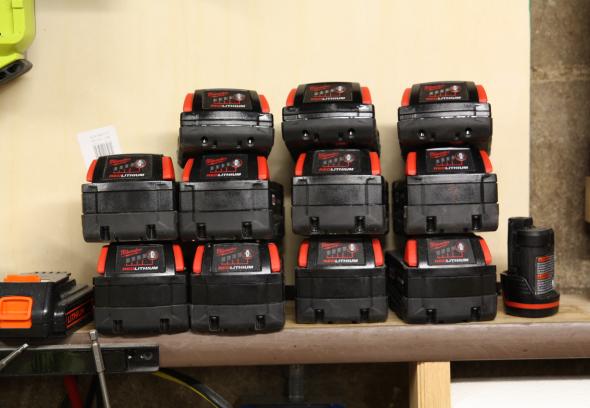 I have several USB batteries, but all I had charged for the power outage was a single 10,000 mAh power bank that’s more like 6,000 mAh. My phone, my wife’s phone, my daughter’s phone and tablet, and my son’s tablet were all low because it was the end of the day. We wanted to save the power bank to charge my phone and my wife’s overnight because that was most important.

So the kids were really upset that they couldn’t use their electronics. The problem was that I had 11 M18 batteries that I keep charged in my shop. I was able to use two of them for the “nightlights,” but that left 9 that I could have used if I would have bought a Milwaukee Power Source or two like Stuart had used to survive his power outage, but I didn’t.

I browsed my phone to see if I could get the Milwaukee USB adapter anywhere locally, but it seems that it’s only sold online. I’m not happy about the single USB port or the low output power (Stuart’s note: Milwaukee had updated the output current from 1A to 2.1A), but I would have braved the storm to go pick one or two up if I could have found them anywhere close by. Anything would be better than to listen to my kids whining about not being able to use their electronics.

This seems like a no-brainer item to carry in the store, I’m looking at you Home Depot.

Needless to say, I’ll probably be picking up one or two of Milwaukee’s 49-24-2371 USB adapters in the future! 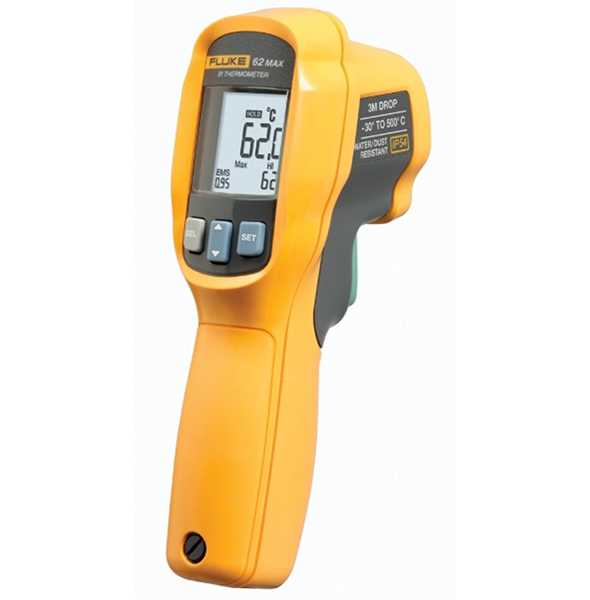 In the aftermath of the storm, most of our refrigerated and frozen food didn’t make it, but rather than throwing it all out right away, I used the Fluke 62 Max Plus IR thermometer Stuart had sent me for testing to make sure it was over-temperature first. That way I didn’t waste any more food than I had to.

Most of the frozen stuff was easy to sort: all the meat were still frozen solid in hard solid chunks, the vegetables and fruits were all a soggy mess, and there were a few items I measured at almost 40°F. Out they went.

In the fridge is where the IR gun really worked well, and I was able to measure the temperature of the liquids. Our milk and half ‘n half were hovering around 60°F, so they got dumped, but surprisingly the yogurt stayed cold.