ToolGuyd > Power Tools > Cordless > New Dewalt Tstak Bluetooth Radio is Now Shipping
If you buy something through our links, ToolGuyd might earn an affiliate commission. 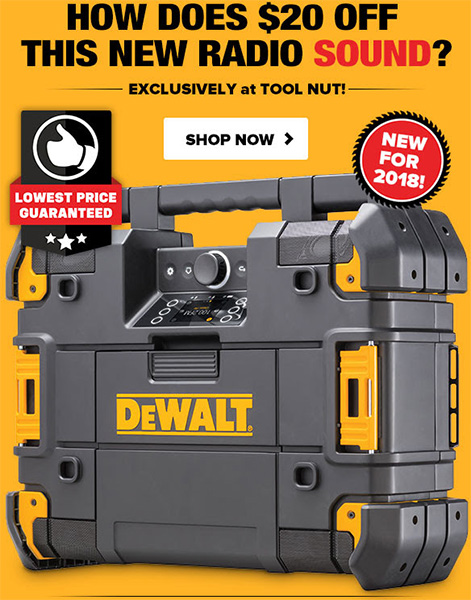 Dewalt’s new Tstak Bluetooth radio and charger is out now (model no. DWST17510). We’ve got a test sample that I’ll be playing around with soon, but with it being designed to be a scaled-down ToughSystem radio charger (which sounds great and can handle rough and tough environments), I expect it to impress.

Tool Nut prominently featured the Dewalt Tstak radio in their latest newsletter, saying that you can save $20 off the list price right now, and that they’ve got the lowest price around, guaranteed.

I looked into it, and they’re right!

Tool Nut has the Dewalt Tstak jobsite radio and charger on sale now, for $199. That’s a little lower than the $199.99 street price I can find it for elsewhere at the moment, and $20 lower than the $219 list price. Ha! (Sorry Tool Nut, I love you guys, but you had me going there for a second. But I guess that extra 99 cents savings is still 99 cents one could spend on something else.)

The Tstak music player can charge or be powered by Dewalt 12V Max, 20V Max, and FlexVolt battery packs. 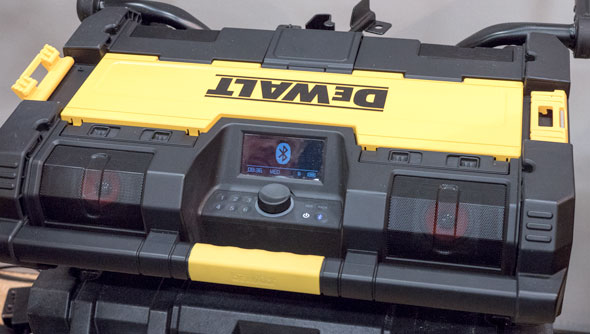 If you don’t care about size, the larger ToughSystem music is enjoying some nice discounts these days. At the moment, it’s $188 on Amazon, and eligible for $10 off $50 savings. 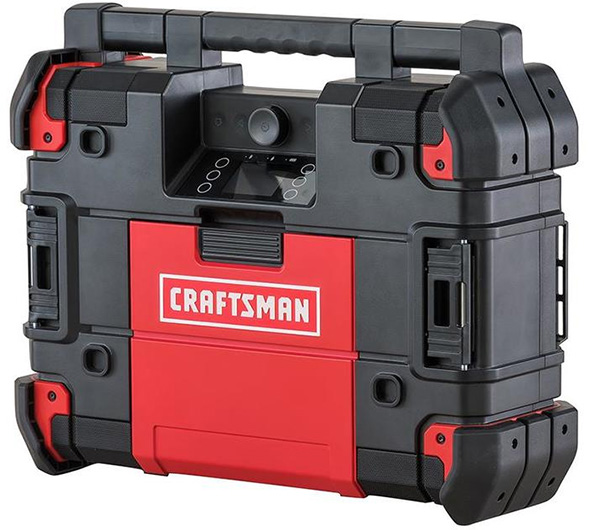 Oh and in case you didn’t know, it’ll also be available in red…

But, keep in mind that the Dewalt 20V Max and Craftsman V20 cordless power tool battery systems won’t be compatible. There might be some difference between their features, but as far as I can tell, they’re identical aside from branding and the battery pack connector.