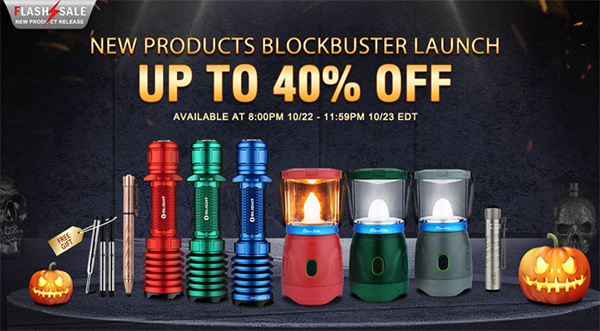 Olight has kicked off a new LED flash sale, ending 11:59pm ET 10/23/20. A couple of items have already sold out, but I’m told there are plenty of lanterns still available, as well as some of the other Olight LED lighting products.

The new Olantern is the star of the show. I received one for review, and although I haven’t been able to spend a lot of time with it yet, I have some very strong – and positive – first impressions.

First, here’s the link to the Olight flash sale. If you are inclined, go ahead and browse around at the different offerings, and then come back here to read more about the new Olight Olantern. 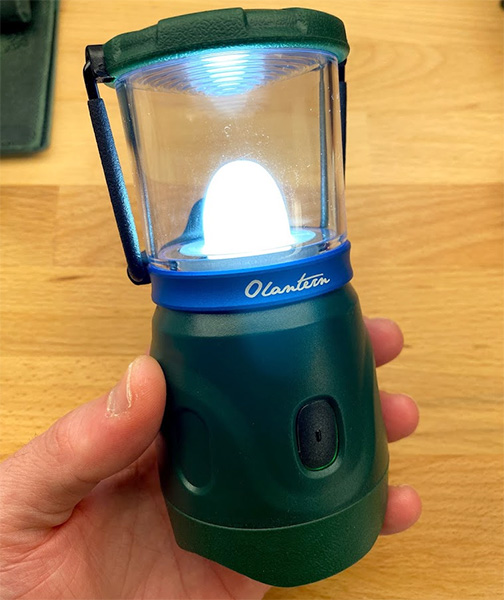 To start off, this Olantern is available in 3 colors, grey, red, and blue. It’s a lantern, meant to provide 360° illumination.

It comes with two LED emitters that you can swap out, a standard diffuse white light emitter, and a “flaming module.”

The flaming module is a bit of a gimmick, but the kids will love it for Halloween. Olight also says you can use it to decorate your blissful moments with beloved one.

The Olight Olantern has standard LED lantern properties – an on/off button, a hanging hook, and a couple of different brightness settings. 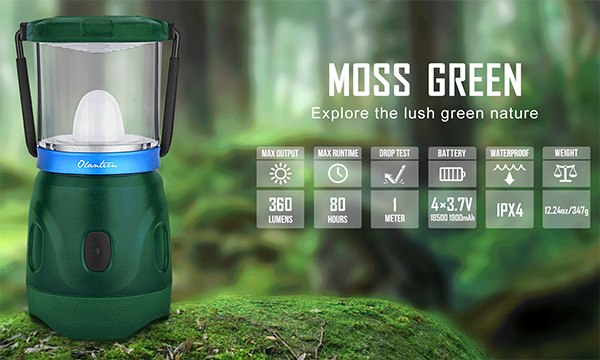 I want to be clear – this is not something I would have bought. Built-in rechargeable batteries? I wasn’t a fan, but Olight and several other brands have been convincing me.

It has a good feel to it. My only complaint so far is that I didn’t read the manual before trying to turn it on. Apparently it was in lock-out mode. I gave it a full battery charge and then held down the button. Once it’s on, hold down the button to cycle through different brightness modes.

The yellowish flickering candle mode only has one brightness.

It is SMALL. That’s good. Remember what I said about this being something I probably wouldn’t have bought? I’m not so sure anymore.

I charged it with the magnetic charging cable – which is included – with my own USB wall adapter.

I hate replacing the large D-sized alkaline batteries in my other lanterns, which I keep around for emergency and blackout scenarios. With this lantern having built-in Li-ion batteries, I think it’ll stay at the ready for longer, and without the leaky alkaline messes I’ve been dealing with these past few years.

And did I mention how small it is? It feels very solid, and nicely designed. There’s a colored LED ring around the power switch, and that lets you know the rough battery charge level.

I have more testing to do, but so far, this is definitely a thumbs-up product.

I have two D-battery-powered lanterns, and here is how they compare:

Olight Olantern is much smaller, and with built-in rechargeable batteries.

I gave my parents an LED lantern a few years ago, and I’m debating whether or not to buy one of these for them now. I don’t have a lot of time to think things over, as this sale ends just before midnight ET 10/23/20.

If you’re not at all interested in an LED lantern, there are a couple of other sale items worth checking out.

There are also of course a couple of “free with minimum purchase” tiers:

If you have any questions, please let me know! 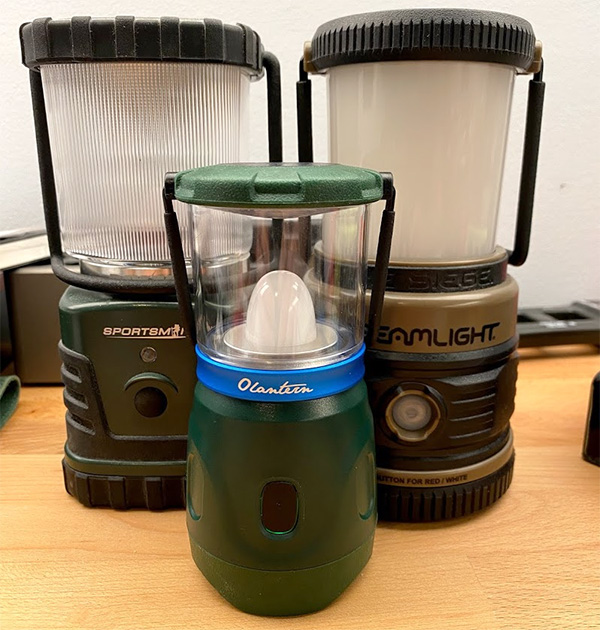 Leave a Reply to Nate B Cancel reply