ToolGuyd > Compressors, Air Tools, Nailers > Reader Question: Recommend a Brad Nailer?
If you buy something through our links, ToolGuyd might earn an affiliate commission. 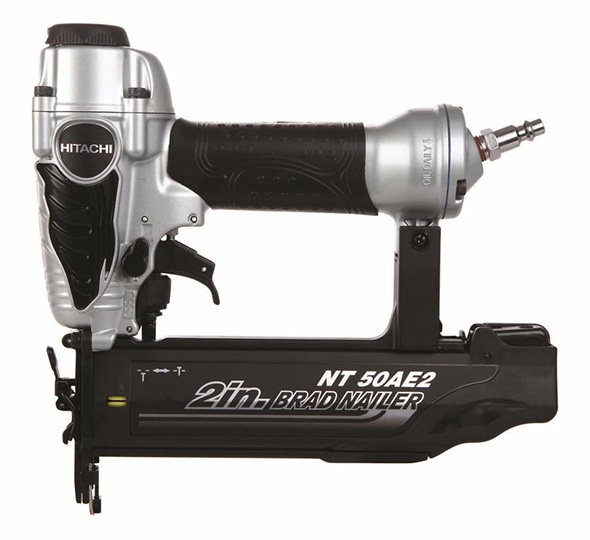 Over at our Facebook page, Howard messaged in, asking for some brad nailer recommendations.

What brand of brad nailer can you suggest?

For my own use, I went with Hitachi (now Metabo HPT), since their nailers offer a good balance between features, performance, and affordability. I don’t use my Hitachi/Metabo HPT NT50AE2 daily, but I have used it enough to know I made the right choice.

I bought my Hitachi because I was using enough brad nails on projects that I needed an “owned” sample for personal use and to serve as a reference for comparison.

It has a stellar reputation, but doesn’t have as many frills as some other nailers on the market. 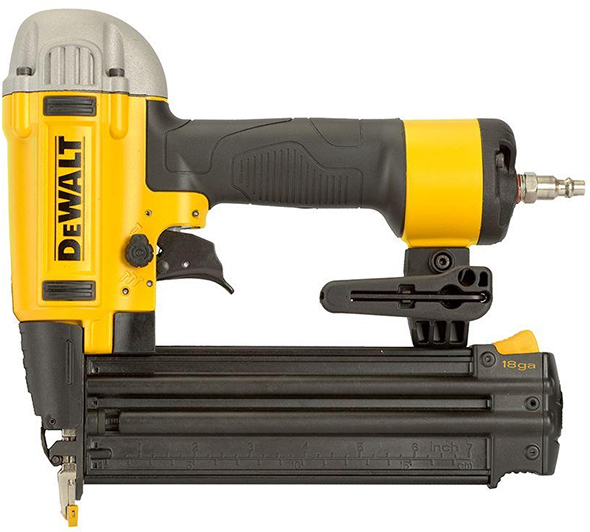 I would also go with the Dewalt Precision Point brad nailer, DWFP12233, part of a whole line of new Dewalt air nailers that came out in 2015.

What about the new Bostitch with the smart point feature?

A contributor reviewed the Bostitch Smart Point brad nailer for us here.

With Bostitch and Dewalt both under Stanley Black & Decker, it’s inevitable for Dewalt and Bostitch nailers to be similar. Bostitch makes good nailers. While I haven’t compared the two recently, I would trust either brand equally.

Thus, the Hitachi is what I bought for myself, and I can enthusiastically recommend it. But for someone looking for a little more, my instinct would be to recommend the Dewalt Precision Point or similar Bostitch Smart Point.

If you look for the Hitachi/Metabo HPT, they’re the same nailer with the same model number, and so it’s okay to shop by price.

I have used various brands of brad nailers over the years, some of them very briefly, others quite a bit more, such as the Ridgid I won in a giveaway a long time ago. Frankly, most of them work well enough, with differences coming down to user features and consistency.

What brad nailers would YOU recommend?

Up for a tougher question? Which brand of nails?