ToolGuyd > Power Tools > Cordless > New Ryobi 18V One+ Cooling Cooler
If you buy something through our links, ToolGuyd might earn an affiliate commission. 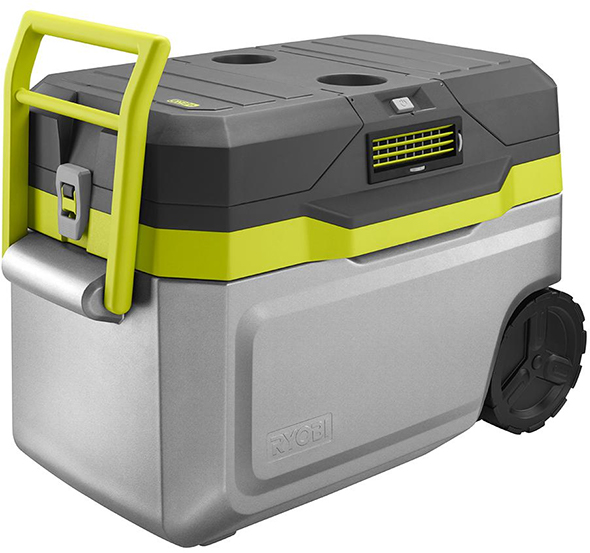 Ryobi has come out with a “new and improved” 18V One+ Cooling Cooler, model P3370. Yes, it’s a Ryobi battery-powered cooler.

But it’s not just a 50 quart cooler for your drinks and food, it can also serve as an air cooling unit.

I don’t even know what to think about this, but I find it awesome that Ryobi’s pushing the bounds of what a power tool brand can do. It’s as if a group of product managers and engineers meet once a month, pool some ideas, and answer the question what do you guys want to make now?

[Or were they inspired by the IcyBreeze cooling cooler, which has mixed reviews on Amazon?]

Correction: This doesn’t look to be a battery-powered cooler, it looks to be a regular cooler with air cooling feature. 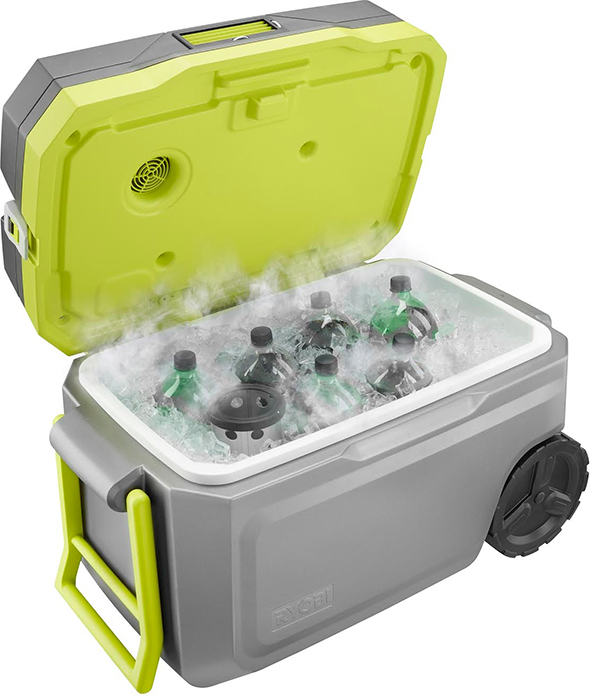 The cooler has to be filled with ice, as with any other cooler.

There is a removable “cooling tower” that’s installed between the cooler and its internal air vent. The user manual (PDF) suggests that this is not an optional component, although one product photo shows the cooler filled with cans and ice without the cooling tower.

If you just want to use the cooler as a cooler, you don’t need this part. 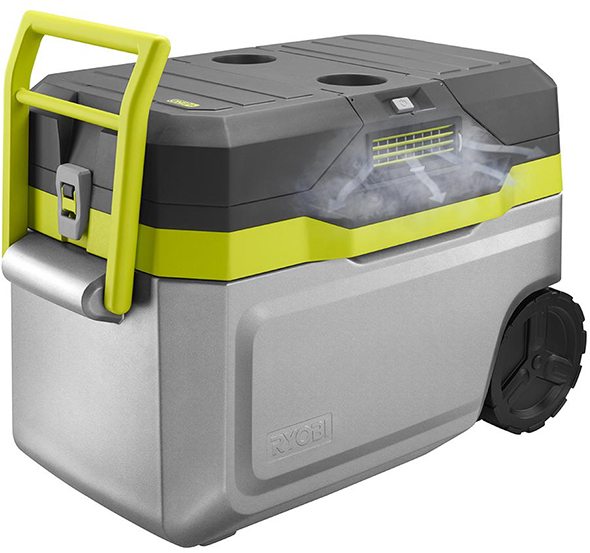 The manual says that the air vent is adjustable. From the looks of it, cool air is always vented out whenever it’s powered on. 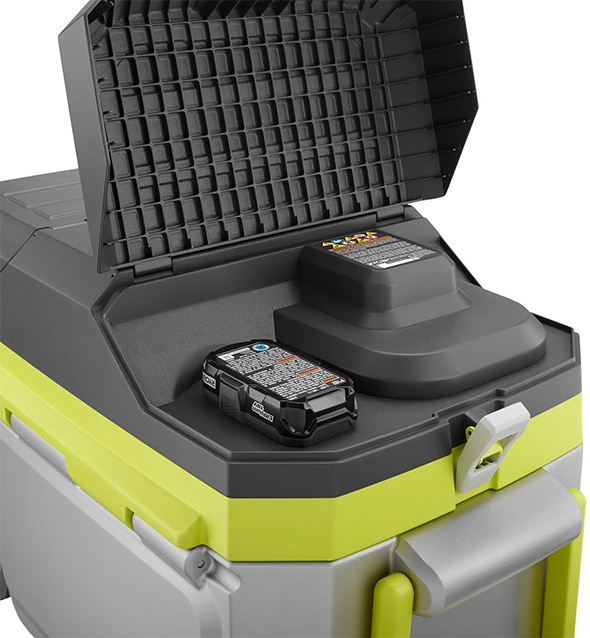 There are 2 compartments on the top of the cooler. One holds a Ryobi 18V One+ battery pack. 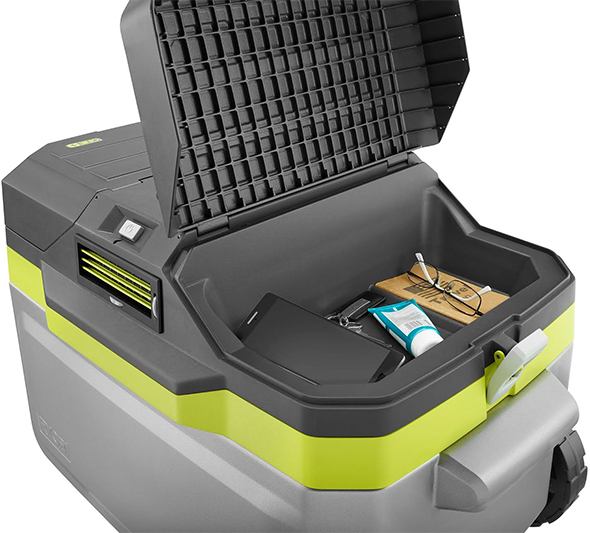 And another is large and spacious for holding your stuff. You could probably pack some cups (if you loaded the cooler with 2-liter bottles) and snacks in there, making the cooler even more versatile.

Here again is an image of the cooler used for “air cooling”. There are 2 drink holders on the top lid. On the front, jut above the air vent is a power button.

I’m hung up on trying to determine how the new Ryobi cooler works, and until I have that figured out, I am unsure about what to think of it.

$200 will get you a small Yeti cooler, and a little more will get you a Pelican cooler. This Ryobi cooler offers much greater volume at the same price – though it might not match up in terms of ice retention – and the ability to cool the air around it as well.

The smallest battery pack Ryobi offers will power the cooler for over 4 hours. But is that with continuous cooling power?

Update: A bit of searching turned up the IcyBreeze, a similar air-cooled cooler.

The IcyBreeze works by circulating water from inside the cooler through a condensing unit in the lid, and blows dry cold air out through its vent.

That makes sense. But where’s the water pump on this Ryobi unit? Is there one? Without knowing exactly how the cooler works, I just don’t know what to think.

My first thoughts about this Ryobi Cooling Cooler were basically “whoa, that’s so cool!” But is it?

Could this be a good product?

Update 2: It looks like this is simply a cooler with air cooling capabilities, similar to a DIY air cooling cooler project on YouTube (embeded below), but expanded upon.

I couldn’t easily see how the Ryobi cooler kept the drinks colder than a regular cooler would, and I guess that’s because it doesn’t. Thanks to Steve’s comment for waking me up, this looks to be a passive cooler that can function as an air cooler.

As Steve mentioned in his comment, you trade ice and cooling longevity if you do use this as an air cooler. But with this cooler having a 50 quart capacity, you can fit a lot of stuff and a lot of ice.