ToolGuyd > Hand Tools > EDC, Pocket, & Multitools > Skil Speed Slide Wrench
If you buy something through our links, ToolGuyd might earn an affiliate commission. 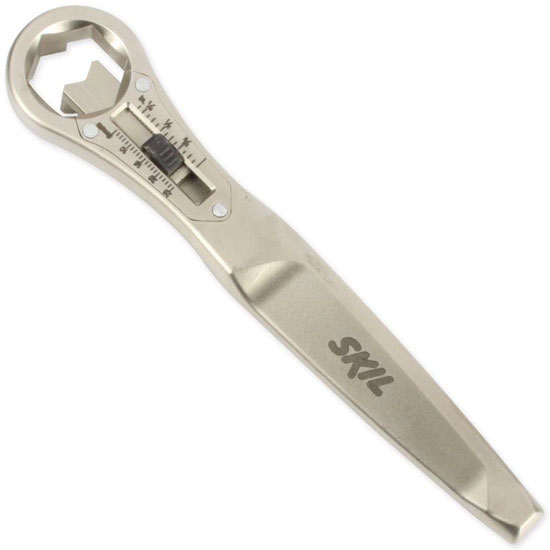 The new Skil Speed Slide adjustable wrench looks similar to the Husky Total Socket that came out last year, but lighter and easier to adjust.

I tried the demo unit out in-store, and it seemed to work reasonably well, although the adjustment mechanism was difficult to dial in just right. A better way is to just adjust the jaws according to fit, rather than to try to adjust the jaw opening using the measurement scale. 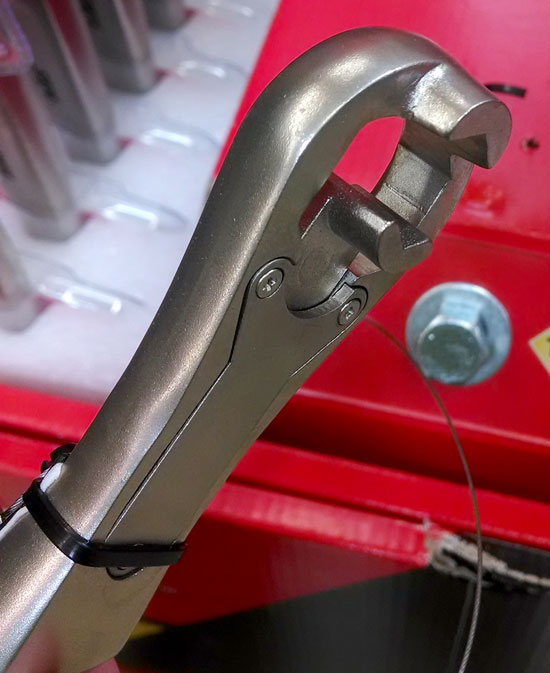 This type of wrench can be useful at times, but don’t expect it to work as well as a box-end wrench or individually sized socket.

The Speed Slide wrench is priced at $9.88 and was presumably released for Father’s Day. It looks to be available exclusively at the Home Depot.

Update: The Speed Slide is now available at Amazon as well, through 3rd party suppliers.

Skil has not impressed me with some of their hand tools lately, such as their new awkward-looking ratcheting wrench, but I think the Speed Slide is a reasonably useful-looking tool.

On the other hand, I bought a similarly-styled adjustable wrench more than 4 years ago and have only used it once or twice. These are the kind of cool tools that look good and are great to give and receive as gifts, but they’ll often receive more attention on the coffee table than in the tool box.

I think that the Skil Speed Slide wrench might be a decent addition to a minimalist tool kit, assuming its adjustment mechanism can hold up to rough use.