ToolGuyd > Power Tools > Saws > Small Updates to Bosch’s Popular Table Saw and Gravity-Rise Wheeled Stand
If you buy something through our links, ToolGuyd might earn an affiliate commission. 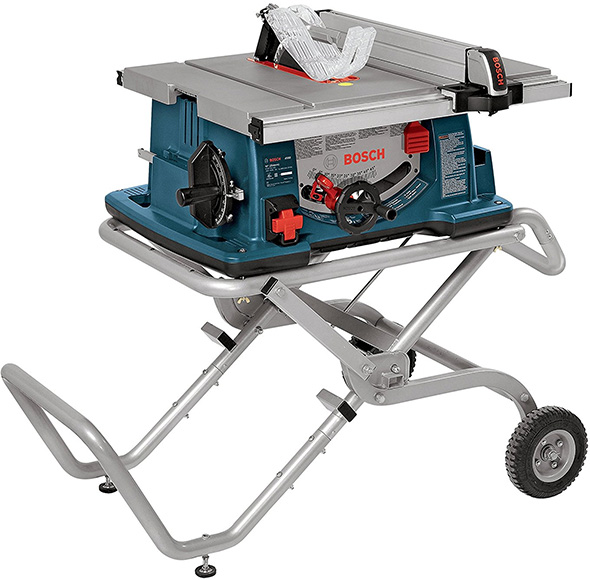 I spotted a listing for a new Bosch portable table saw, model 4100-10. It looks like the 4100-09 saw, and has identical specs, but surely there must be some differences.

Above, the Bosch 4100-09 is on the left, and 4100-10 table saw on the right. Can you spot the differences? To me, it looks like there are only some cosmetic differences in the gravity stand. I reached out to Bosch to learn more.

The 4100-10 was redesigned with a lighter version of the gravity-rise stand, model GTA47W. This should help make the saw a little easier to move around jobsites, and to load in and out of pickup trucks.

The saw is the same, except the 4100-10 is now bundled with a 24-tooth blade, rather than a 40-tooth blade as was included with the 4100-09. Bosch says that the 24-tooth blade is more common for rip-cutting of dimensional lumber, which is one of the most frequent applications for portable table saws.

So there you have it, the 4100-10 has a slightly lighter gravity-rise rolling stand, and it’s bundled with a different blade.