ToolGuyd > News > Surprise: Stanley Black & Decker Bought Irwin and Lenox Tool Brands
If you buy something through our links, ToolGuyd might earn an affiliate commission. 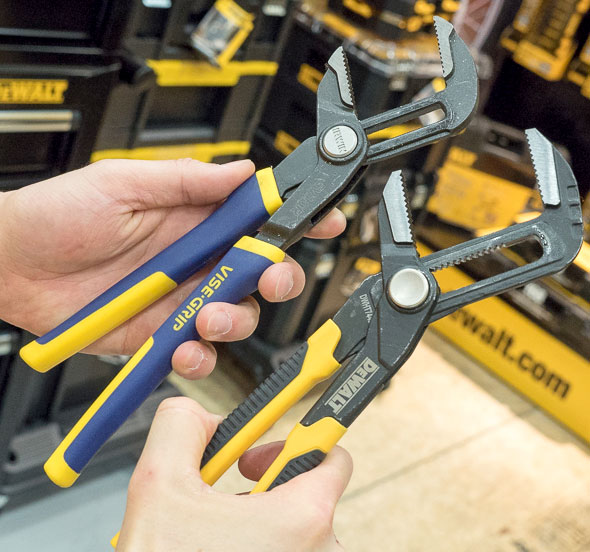 In a surprise move, or at least I was surprised, Stanley Black & Decker announced that it will be acquiring Newell’s tool businesses for $1.95 billion. The acquisitions will include Irwin and Lenox tool brands, and will presumably include child brands such as Vise Grip.

A big part of the deal, if you ask me, was depriving other brands of the opportunity to buy Irwin and Lenox.

When we discussed the news last week, about Newell putting the brands up for sale, I wrote about how I thought TTI was going to be the most interested party.

I saw too much overlap in Stanley Black & Decker’s portfolio, although Irwin and Lenox do manufacturer some tools not offered by Stanley Black & Decker brands, at least not those competing in the same spaces in the USA. Tools such as Lenox’s copper tubing cutters, and Irwin’s pipe wrenches, plus tooling such as Irwin and Hanson’s thread-cutting tap and die sets.

In addition to depriving other brands, such as TTI, the opportunity to benefit and grow from Irwin and Lenox, perhaps Stanley Black & Decker is after a wider presence at Lowes. It wasn’t too long ago that Bostitch hand tools were prominently featured at Lowes.

But to be fair, this is focusing in USA market presence. Let’s not forget that there are other regions and markets, which could have contributed greatly to the purchasing decision.

This is what Stanley Black & Decker has said about the acquisition:

Newell Tools is an industry leader with an array of strong brands and products that are highly complementary to Stanley Black & Decker. With LTM revenues of approximately $760 million, and low to mid-single digit average sales growth since 2011, Newell Tools is well-positioned to enhance the offerings and broaden the reach of Stanley Black & Decker’s global tools and storage business.

Newell Tools operates a global manufacturing footprint, maintains strong distribution relationships in its served markets, and has more than 2,500 employees around the world.

From a dollars and cents perspective, $760 million in 12 month revenue might lead to a positive return on the investment in a few years. It’ll cost a bunch more money to integrated everything into Stanley Black & Decker branding, but likely a small fraction compared to the $1.95 billion for the acquisition.

We’ll have to look back at this in a few years, to see how this deal changes anything for any of the brands involved.

Thank you Fred for the heads-up!