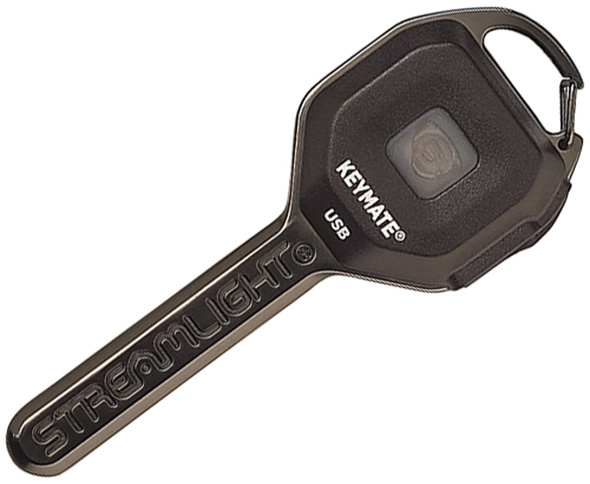 The Streamlight Keymate is a USB-charged LED flashlight that’s small enough to fit on your keychain.

It delivers 35 lumens of illumination, and can run for up to 1 hour per charge. There’s also a 16 lumens low mode, which gives you 2 hours of runtime, and an emergency flash mode.

The push-button is on the front. At the center is a charging indicator LED, which switches from red during charging to green when the battery is fully charged. 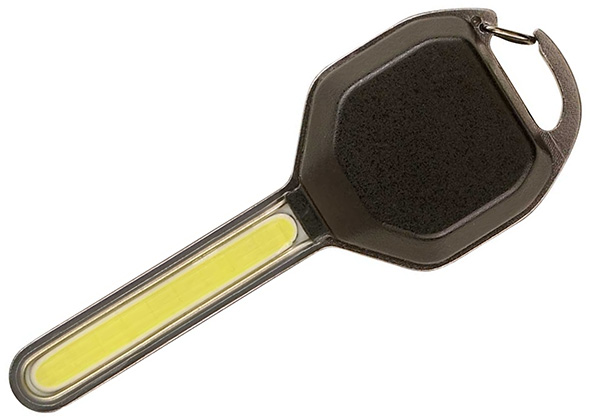 And the “key” part is the light source. Streamlight says that this will give you an “optimal illumination.”

It has a built-in 110 mAh litium polymer battery, and comes with a 5″ USB cord for charging. 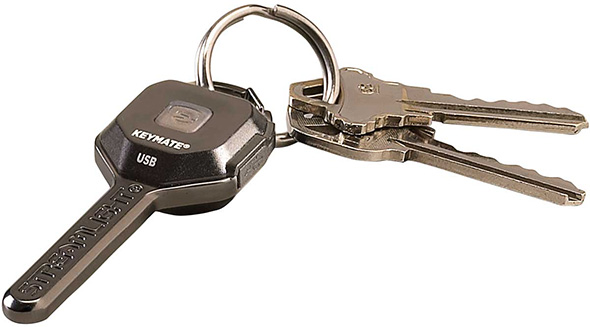 The spring clip can be used to attach the Streamlight Keymate to your keyring, but it can also be used with zippers, lanyards, and other types of gear.

Well, the best LED flashlight is the one you have on you. And with the Streamlight Keymate being as small as it is, this probably the only flashlight most people would be willing to carry.

Is there a need for something like this? I mean, most people carry smartphones, and most smartphones have LED flash emitters that can double as flashlights. But… this is smaller, and can be used hands-free, or in spaces you couldn’t or wouldn’t put your much pricier phone.

This doesn’t seem like a perfect fit for me, but I like the idea of having a capable backlight light.

I have a Pelican 1810C, and it looks to be a little smaller. But it’s also dimmer, and works on button cell batteries. With frequent use, the Streamlight will likely pay for itself, since it’s rechargeable and doesn’t require battery changes.

But… is something like this really meant for frequent use?

Less expensive keychain lights, such as the traditional squeeze light form factor of the Nite Ize Inova light, are much dimmer. They make brigher models, but then you’re back at the ~$10+ price range.

Looking at competitive options, I think that the Streamlight Keymate is properly priced. It seems like it’s a bit much, but compared to what you can get for less money, or more, this is a well-spec’ed mini flashlight.

If you think that 35 lumens is nowhere near bright enough for your needs, check out the Surefire Sidekick instead.