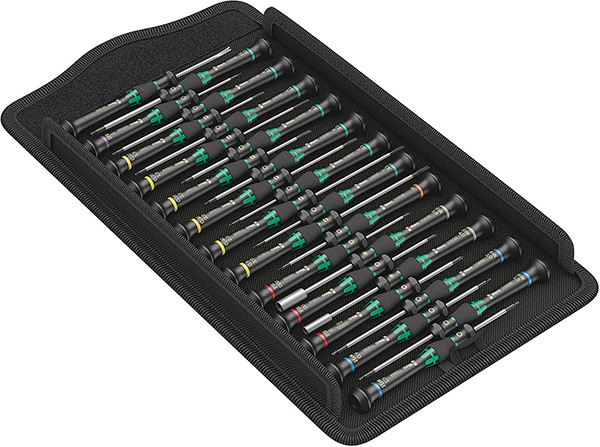 Back in September I posted about the new Wera deep sockets sets, which launched as part of their Autumn-Winter 2019 Campaign. Hidden in plain sight in Wera’s catalog, I spotted the largest set of precision screwdrivers drivers we’ve seen from the brand.

Each screwdriver has a swivel cap end which allows for rapid twisting, and a hexagonal profile to stop it from rolling off your work surface. The handles are made from a combination of hard and soft plastic materials allowing for a comfortable grip and both high speed and high torque applications. 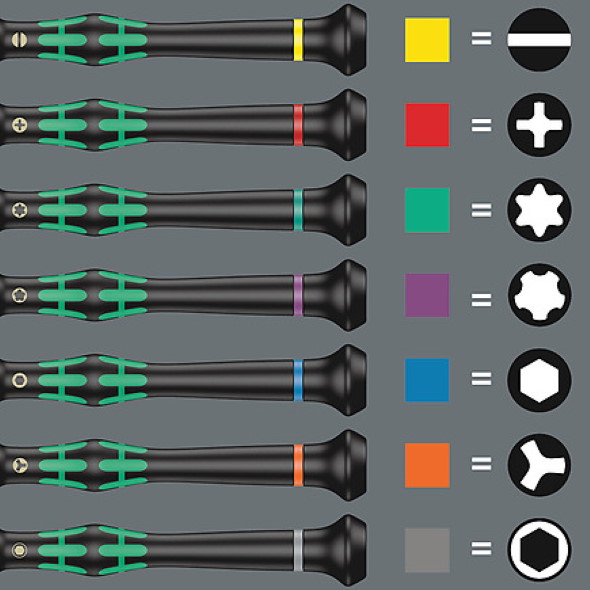 As you’d expect from Wera, the screwdrivers are all nicely color coded. 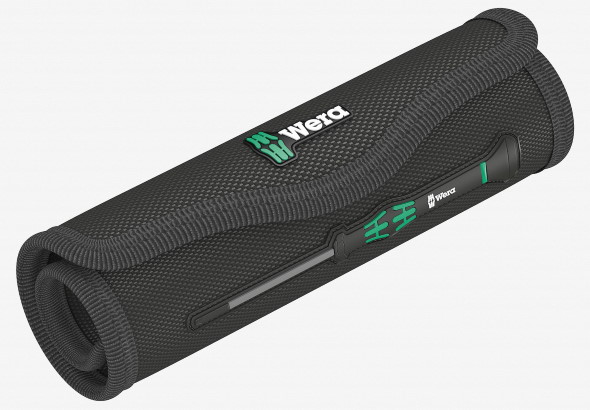 When rolled up, the includes case measures 9″ long x 4″ in diameter.

Save 10% with our KC Tool coupon code TOOLGUYD4LIFE. 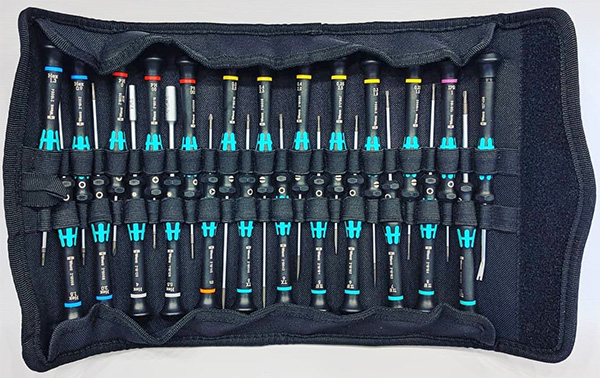 I’ll admit I have a soft spot for Wera, as I appreciate companies that are focused on a small range of products, but are seemingly obsessed about every small detail.

It was a no-brainer to add this set to my cart when I went to buy a set of their deep socket sets last week. As expected, the set is very nicely put together – each driver is held firmly in place in the case but it doesn’t take too much effort to pull them out. The case is made of thick canvas and rolls up nicely, without being too bulky.

The Wera Kraftform Micro Big Pack precision screwdriver set comes with 25 screwdrivers, which works out at a little over $5 each. Individually these drivers cost anywhere from $4 to $9 each. If you are in the market for a set like this, I highly recommended the Big Pack. 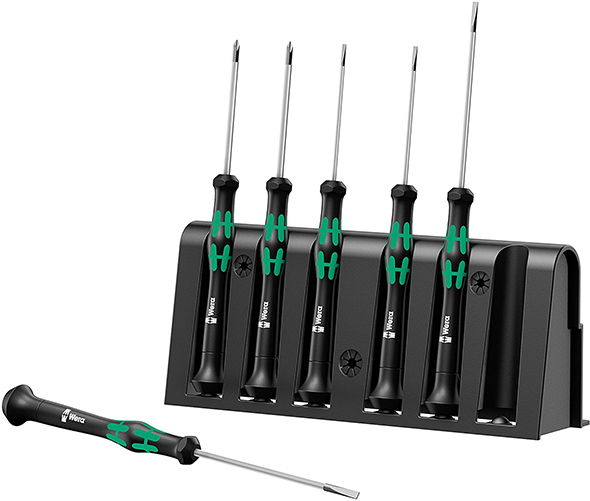 Wera also has a 5pc set with 2 Phillps and 4 slotted screwdrivers and a plastic rack for $19.