ToolGuyd > Hand Tools > EDC, Pocket, & Multitools > Zebralight LED Headlamp Revisit
If you buy something through our links, ToolGuyd might earn an affiliate commission. 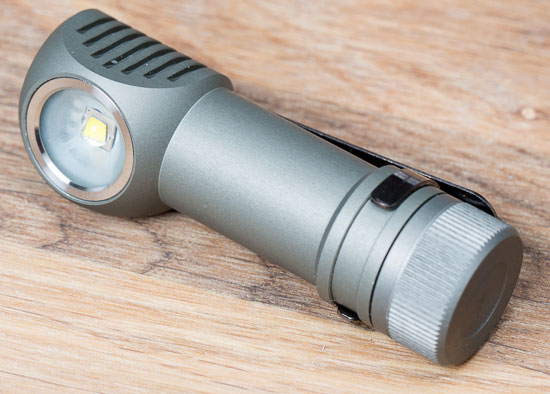 A little over a year ago I reviewed the Zebralight H502W LED headlamp. The H502W throws a uniformly soft neutral white light that is very pleasing and easy on the eyes.

I have been using this light as my personal sneak-back-into-the-bedroom flashlight, and have really grown to appreciate the quality of light it produces.

As mentioned last month, we recently had a baby boy. His crib is in our bedroom, and while everyone says me and my wife should sleep when the baby sleeps, I typically stay up later working on ToolGuyd stuff. When I’m ready for some shuteye, I sneak into the room with my Zebralight.

The Zebralight’s lowest brightness setting is bright enough for me to avoid stepping on the changing pad, air purifier, or whatever else might be on the path from the door to the bed. I sometimes aim the light downwards, other times I point it up to bounce off the ceiling.

The Zebralight is also great for nighttime diaper changes or feedings when the room lamp is too bright and stimulating or a hassle to reach. Its shape allows it to rest on a night table or dresser in different positions so we can aim the light upwards, downwards, or to the side.

To be honest, I don’t think I have once used the Zebralight as a headlamp since I first received it for testing. It’s probably an excellent headlamp, as I’ve used my purchased previous model Zebralight in such a manner, but it’s absolutely a fantastic flashlight.

Before our baby was born, I used the Zebralight as an EDC light, packing it in a pocket or bag when on the go.

I have no shortage of flashlights I could use for my navigating-the-bedroom-at-night needs, and the Zebralight is not the first one I tried. For the first week, I tried using my penlights and mini keychain lights, but they weren’t ideal to use. Either they produced light that was too harsh, or they were too difficult to turn on in the dark.

Not a lot of Zebralight dealers are still carrying the H502W, but you can still buy it directly from Zebralight for $69.

P.S. Thanks to everyone who has been asking about our newborn son! Some of you have asked for an update post, and I’ll try to get around to that, but in the meantime here’s a recent pic. He’s doing great. His favorite tool brand is currently Milwaukee – he loves their high contrast red and black color scheme. 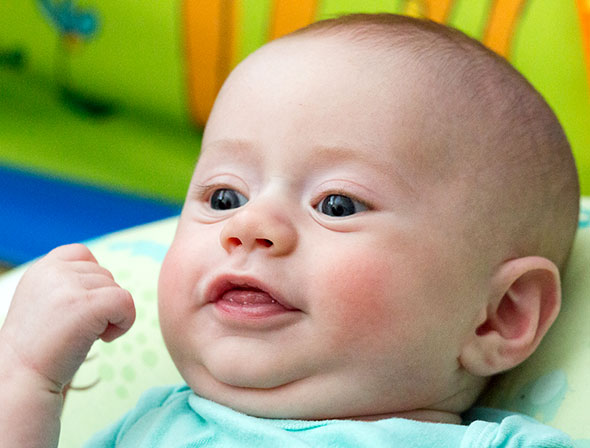