ToolGuyd > Power Tools > Power Tool Accessories > Angled Finish Nailers: DA vs. FN Styles
If you buy something through our links, ToolGuyd might earn an affiliate commission. 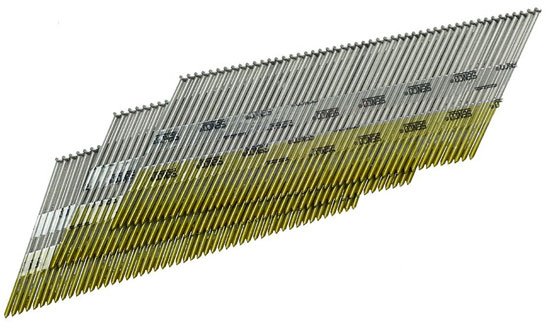 Some brands ands styles of nailers, such as Bostitch and their new Smart Point models, offer two different kinds of angled finish nailers – “DA” and “FN” styles. Other offer one over the other. So what’s the difference?

Although the major difference is in nail angling, there can be minor differences in nail heads, although that doesn’t seem to be the case anymore.

Historically, DA finish nails were a Senco standard, and FN nails were a Bostitch standard. That’s still the case somewhat, but both styles have flourished, and so you can readily find both kinds of nailers and nails.

If you’re looking for a new nailer and don’t know which standard to go for, you might have greater product selection with DA nailers and nails, while FN nailers offer greater nail collation density, meaning you could potentially drive in more nails without needing to refill your nailer’s magazine.

Neither standard seems to have any sort of price advantage.

There might be other differences, but none that I’m aware of. For those of you that have used both types of nailers and nails, which do you prefer?

A Quick Guide to Air Line Couplers and Plugs