ToolGuyd > Awesome & Cool > Avengers Endgame Super Bowl Trailer: What Pliers is Nebula Using?
If you buy something through our links, ToolGuyd might earn an affiliate commission. 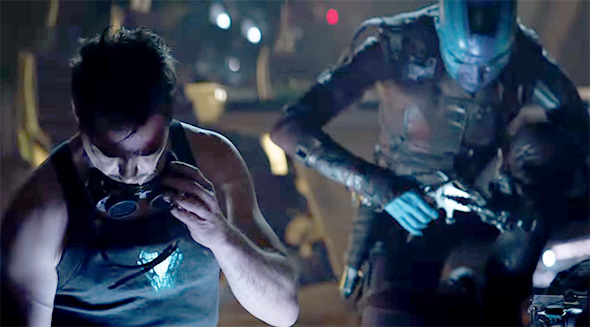 Marvel published a new 30-second Avengers Endgame teaser trailer yesterday. I’ll link to it below for those of you who haven’t seen it yet and want to.

Media sites all over the web are going to be micro-analyzing every part of the trailer. Yes, Tony Stark is saved and working with Nebula. Hawkeye has a new haircut. Captain America has his [old?] shield. 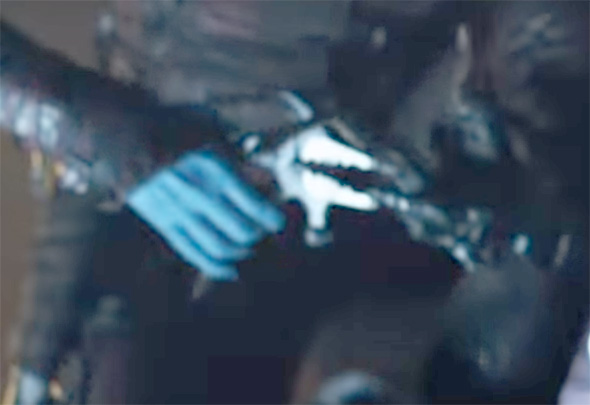 The handles are too long, and the jaws too modified to be Grip-on’s ergonomic locking pliers. Husky pistol-grip pliers are too small, as are Orbis angled pliers and also EZ Red Kiwi pliers. The shape of NWS/Irwin ergo-grip pliers don’t quite match either.

Whatever they are, those pliers look awfully unconventional. It it a hammer-pliers combo tool? Seriously, look at them! The top jaw has an angled hook, not unlike the shape of a hammer claw, and the lower jaw has what looks to be a hammer head.

She’s a cyborg. Wouldn’t she have some better tools that she uses to fix herself? Those pliers just look kludgy to me. 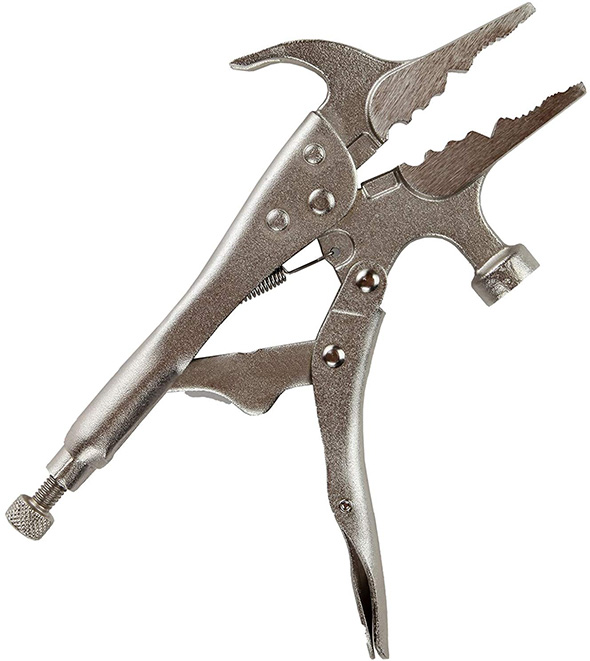 It’s listed as the Trenton Gifts shark head multi-tool, selling for $25 on Amazon. Personally, I think that if they wanted a futuristic look, the propmaster could have went with a Wiha Inomic and painted the handles.

Here’s the trailer, with the pliers shown at the ~14-second mark.

Tools in TV and Movies: Milwaukee M18 LED Tower Light Used as Seismometer in The Expanse