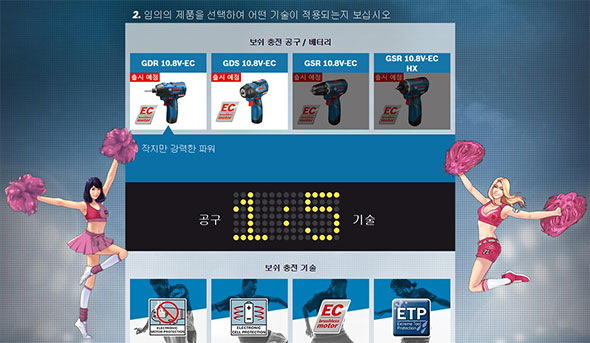 In other parts of the world, images of a new Bosch 12V Max (10.8V) brushless impact driver and an impact wrench have surfaced on official Bosch websites. Shown here is a clip from Bosch’s Korean-language site, and there’s also a like-styled Indonesian one.

It looks like this could be the rumored 12V PS42 brushless impact driver that everyone has been waiting for.

Bosch came out with their line of 12V and 18V brushless drills and drivers nearly a year ago, but other tools, such as their circular saw, jigsaw, and rotary tool, and a new vacuum haven’t been released in the USA yet.

Major releases such as these are bound to be hit the USA, at least in my opinion. A lot of readers have been pining for Bosch brushless 12V impact driver since the brushless drill and screwdriver were released, and for an impact wrench of some kind for a while now.

Still, keep in mind that it might be some time before we see these tools here in the States. 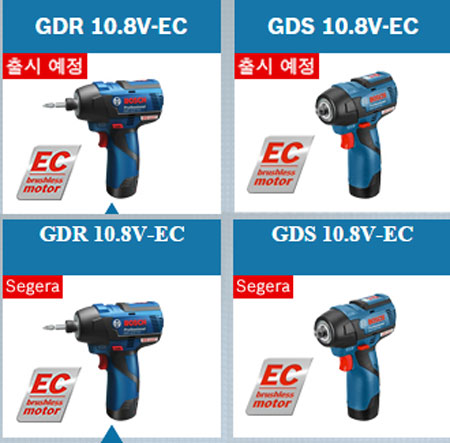 Segera, in Indonesian, and 출시 예정, in Korean, mean coming soon, at least according to Google Translate. 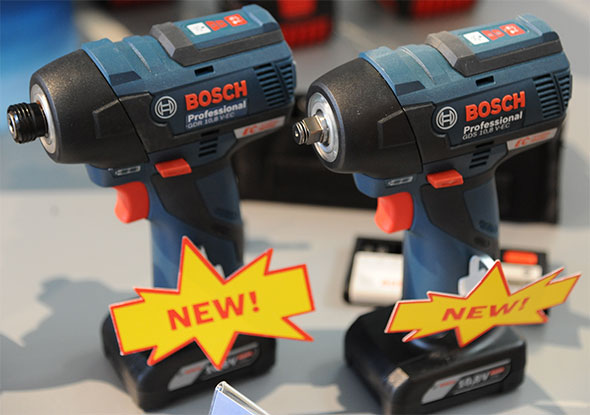 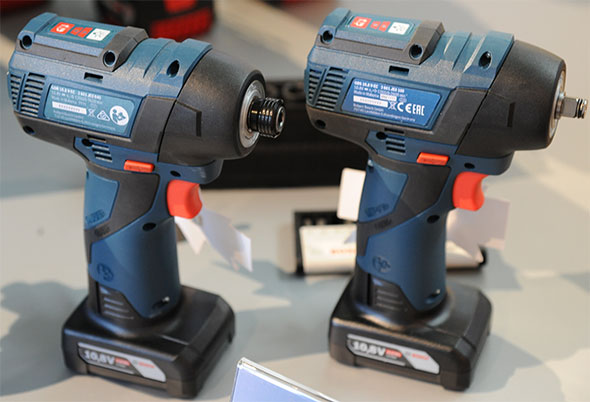 There are a couple of interesting things we can tell from these images. The images match the official teaser images on Bosch’s official sites, and so I am pretty confident that they’re the real deal. But they also look to be early production models, or perhaps unfinished prototypes.

First, it looks like each has electronic speed and torque controls with two settings, not unlike the Milwaukee M12 Fuel impact driver I reviewed.

Second, there’s a light bulb icon on the top of the tools, right in front of the electronic speed indicators, that looks like it controls the LEDs in the impacts’ ring lights. Makita’s new oil-impulse impact driver has a similar feature, but this is something that I haven’t seen on many cordless tools before.

Third, the speed ranges are said to be 0-1,200 and 0-2,600 RPM. Both tools have boilerplate serial numbers and blank manufacturing dates, e.g. MM/YYYY, and so they could be prototypes. The final speed ranges might change before product models hit the market.

Lastly, the impacts have other features we have come to expect, such as an LED ring light and built-in battery fuel gauge.

It’s unclear as to if and when these impacts will be headed to the USA, but I for one am very excited to see what they offer.