ToolGuyd > Power Tools > Cordless > Bosch 6.0Ah Battery and Rapid Charger!
If you buy something through our links, ToolGuyd might earn an affiliate commission. 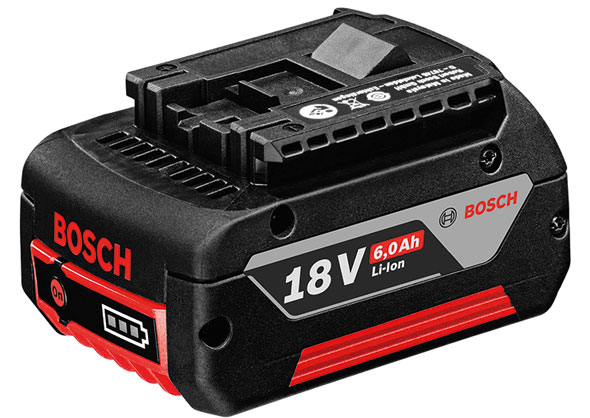 Note: This Bosch UK or EU product is not available in the USA.

Over in Europe, Bosch announced that they will be coming out with a new 18V 6.0Ah Li-ion battery pack. That’s right, 6.0Ah.

The new Bosch 18V 6.0Ah battery pack will be the same size and almost the same weight as the brand’s existing 3.0Ah, 4.0Ah, and 5.0Ah battery packs. It will feature a built-in battery fuel gauge.

Bosch has made the new battery pack compatible with all of their 18V power tools and chargers. 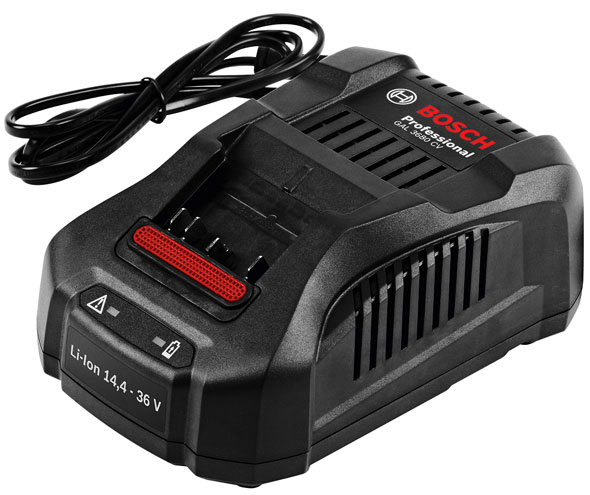 Bosch has also come out with a new multi-voltage charger that works with 14.4V, 18V, and even their 36V battery packs. It’s twice as fast and half the size as Bosch’s previous 36V charger.

It looks like the new charger has active cooling to help keep battery cell temperatures down during the faster charging cycle.

We have not heard any news about a USA release.

I really thought there would be more time until power tool brands made the jump from 5.0Ah to 6.0Ah. It looks like there’s a premium built into the price, probably because the 3.0Ah cells used to build these battery packs are so new.

Based on the pricing, I don’t think that the 6.0Ah batteries will be replacing lower-capacity high capacity battery packs anytime soon. Instead, they will likely be marketed as an extreme runtime solution for users who tend to use very power-hungry tools all the time, such as cordless saws or grinders.

What I find even more exciting than the jump to 6.0Ah is that Bosch is coming out with a rapid charger. One of the downsides to higher capacity batteries is that they take proportionally longer to recharge. If a 3.0Ah battery takes about an hour to recharge, that means that a 6.0Ah battery on the same charger would take about two hours.

The new rapid charger has appeal as a multi-voltage charger as well, but I am much more interested in its speedier 18V charging feature. A little over half an hour to charge a 4.0Ah battery, and less than an hour to recharge a 6.0Ah battery? Sounds good to me!