ToolGuyd > News > Bosch Sells Skil Brand to Chervon
If you buy something through our links, ToolGuyd might earn an affiliate commission. 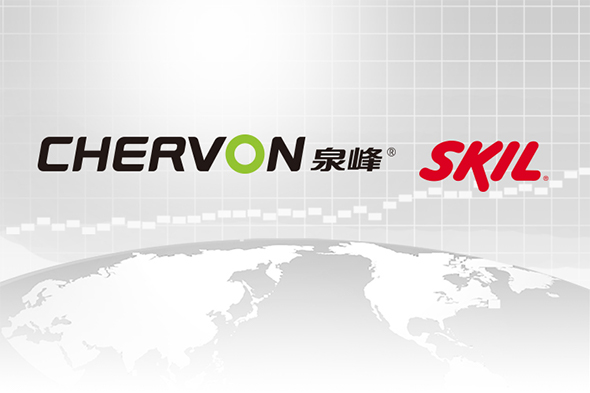 Over the weekend, Martin and Michiel wrote in with big news – Chervon has acquired the Skil brand from Bosch.

Chervon, a based-in China company with strong USA presence, is the designer and manufacturer for many of the tools we’ve written about over the years.

Ego, a line of very good battery-powered outdoor power tools, and Hammerhead, a new line of interesting cordless tools and accessories, are both Chervon brands.

Chervon made a lot of the tools for Craftsman’s 12V Max Nextec lineup, and still makes some of Craftsman’s C3 cordless power tools. They also made Craftsman’s digital router.

Their relationship with different brands has not been made public, but I’m told they’re behind some professional tool brands’ tool as well.

And now, Chervon has acquired Skil, pending the approval of anti-trust authorities.

Apparently, this all happened nearly a week ago! From Chervon:

On Aug 23, 2016, Chervon (HK) Ltd. signed the agreement with the Bosch Power Tools division to acquire the SKIL businesses in North America and Europe. The deal also includes the phased transfer of brand ownership within the rest of the global market.

Hmm, I wonder if this was in the plans for quite some time. Maybe this is why Bosch launched a new Skilsaw brand identity? Only somewhat recently did Skilsaw release their pro-grade work drive table saw.

Will the acquisition include Skil and Skilsaw, or just Skil? I suppose this will be clear up in time. Will it also include product lines such as Skil’s holiday-timed hand tools?

What about the Skil tools that are red versions of Bosch green and blue tools in Europe? Tools like the Skil QuickSelect are Bosch-branded elsewhere.

What I would like to see is Chervon use the Skil brand to make a strong push into the benchtop and handheld power tool market. The benchtop tool market in particular could stand to see innovation and quality.