ToolGuyd > Hand Tools > Mechanics' Tools > New Factory Means More Craftsman Hand Tools will be Made in the USA
If you buy something through our links, ToolGuyd might earn an affiliate commission. 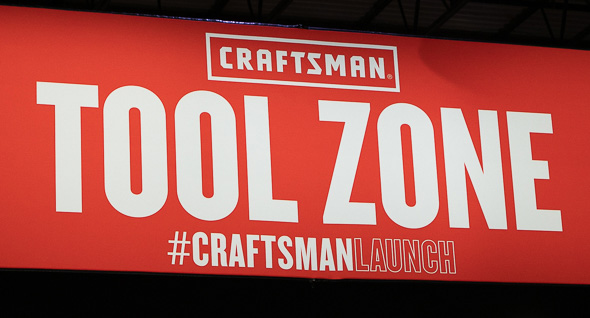 Stanley Black & Decker has issued an investor press release, saying that they will be opening a new Craftsman factory in Fort Worth, Texas.

The new Craftsman tool plant will break ground this summer and is expected to be completed in late 2020. With the new 425,000 square foot facility, Craftsman is following through on their promise to produce more tools in the USA.

The plant will also leverage some of the most advanced manufacturing technologies available to optimize productivity and sustainability, including pre-flattening steel technologies to improve material yield by almost 25 percent, as well as water and energy management technologies to reduce resource consumption.

The Wall Street Journal is reporting that robots and fast-forging presses will contribute to the boosted output, with the 25% figure being in comparison to “older forging machinery” currently producing Craftsman wrenches in China. They also say that production costs will be “in line” with the tools currently being made in China.

Stanley Black & Decker says that the new Fort Worth, Texas Craftsman plant will employ around 500 people. The WSJ article reports that the plant is expected to produce 10 million Craftsman wrenches and ratchets, and 50 million sockets a year.

As an aside, the WSJ article talked about Craftsman’s current distributor arrangements, but add that the brand isn’t sold in some other chains including Home Depot, to avoid competition between Craftsman and other Stanley-owned brands sold there. This part doesn’t seem perfectly accurate to me, but maybe it’s referencing the new Stanley and FatMax partnership between Stanley Black & Decker and Home Depot? If you ask me, I’d say that Lowes and Craftsman have a very strong partnership, and that’s the reason why we won’t see Craftsman tools sold at Home Depot. Lowes wouldn’t be revamping their stores’ entire tool departments (so I’ve heard) if they didn’t have a rock-solid exclusivity agreement.

In the WSJ story, James Loree, Stanley Black & Decker’s Chief Executive, said that restoring Craftsman’s made-in-America credentials will strengthen a brand with broad appeal to customers as diverse as homeowners and professional mechanics.

The new plant is said to feature Industry 4.0 technologies:

The company has five locations that have started implementing advanced Industry 4.0 technologies across their facilities, from manufacturing execution systems (MES), to 3-D printing, virtual reality and artificial intelligence.

I wonder how virtual reality and AI are being used in the production of hand tools.

This is great news, although I do wish that Craftsman increased the flow of information outside of business news and investor relations materials and releases.

I of course have many questions.

How will the new tools be priced compared to current offerings? Will the factory be a Craftsman-only facility, or will some of the tools produced be for other Stanley Black & Decker brands, such as Stanley, Dewalt, Mac, Proto, and Blackhawk?

With the plant set to open in late 2020, how long will it be before we see the first new Craftsman mechanics hand tools made in the USA? Perhaps Father’s Day 2021?

What else does Craftsman plan to manufacture in the USA? Hammers? Screwdrivers? Pliers? Wire strippers? Hand saws?

As a big fan of the Craftsman brand, and someone who was very disappointed at what happened to Craftsman tools in the last few years under Sears management, I continue to be excited at the brand’s potential under Stanley Black & Decker ownership.

With all the news being channeled through investor relations and business news, I feel left out of the loop, both as a consumer, and from an editorial sense. Business tool news, like this, can be helpful, but where’s the tool news? C’mon, we’re eager for details!

Here’s the big question – what USA-made Craftsman hand tools would you be most interested in?

I am most eager for higher-end USA-made Craftsman tools. But, if the new factory will produce comparable or even better tools, compared to their current offerings, and with the tools being made in the USA at imported pricing, that’ll be a big deal too.

Craftsman Tool News: Select Mechanics Tools and Sets to be Made in USA

Harbor Freight has Extended Their Recall of Pittsburgh Jack Stands