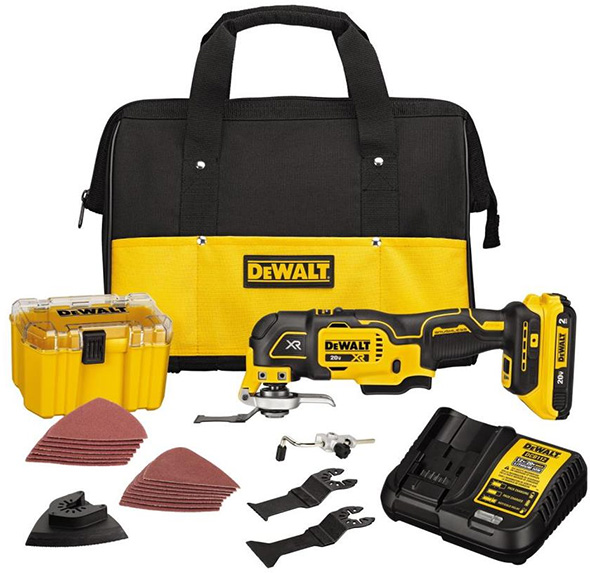 Dewalt has come out with a new 20V Max brushless cordless oscillating multi-tool, DSC356. Before we talk about this new model, I want to point out that the previous model, DCS355, is back on sale as part of a basic kit for $99.

Keep in mind, DCS355 is the previous model, DCS354 is the new Atomic model, and DCS356 is the new model we’re focusing on here. Talking about all three models might be a little confusing, but it’s important to put everything into proper context.

The Dewalt Atomic cordless oscillating multi-tool, DCS354, will be replacing the DCS355, and this other new model, DCS356, will be positioned as the more premium unit. 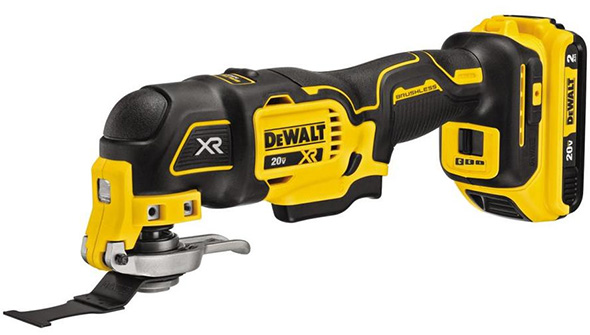 In talking with Dewalt, we learned that the DCS356 brushless oscillating multi-tool features updated software and a new 3-speed control at its base, and it also still has a variable speed trigger. 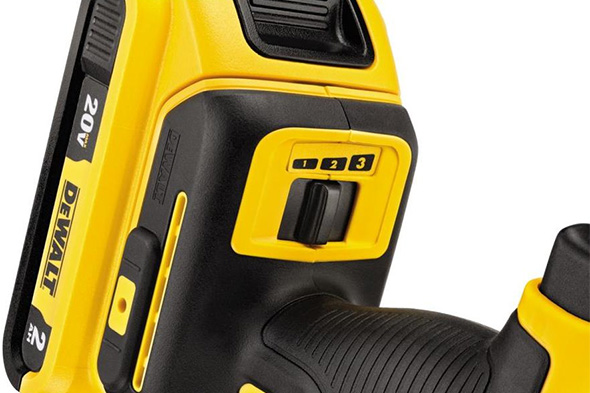 The new 3-speed controller allows for users to limit the maximum speed of the oscillating multi-tool without having to maintain constant pressure on the variable speed trigger. Dewalt still equipped the DCS356 cordless multi-tool with a variable speed trigger, which does still give users the ability to adjust cutting, sanding, grinding, or scraping speeds to their liking.

One retailer says that the DCS356 features reduced vibration (10.5 m/s², more than 10%) compared to DCS355 when paired with a wood-cutting blade. We’re confirming this with Dewalt. (Thank you to @biggiethegreatdane for the heads-up!) Update: Dewalt says that this is not accurate.

The new DCS356D1 kit is priced the same as the full kit featuring the outgoing model, DCS355D1.

I was a little confused as to why Dewalt released a 20V Max Atomic cordless oscillating multi-tool that was so close in specs to their existing DCS355, but upon learning about the new DCS356, everything makes a lot more sense. The DCS355 is an outgoing model, replaced by the DCS354 Atomic, and the DCS356 is going to be a step-up model for users who want a little more speed and the 3-speed functionality.

It’s incredibly useful to have speed-limiting controls on tools such as brushless impact drivers and wrenches, and it seems like it’ll be just as beneficial on a tool like this. Yes, you can control the speed via the trigger switch, but for longer cutting operations, it will easier to be able to set the switch to low, medium, or high, and then just fully squeeze the trigger.

I am tempted to say I’m surprised Dewalt did not update the design beyond just changing the software and introducing a 3-setting speed controller, but what could they really have done more to further improve this tool?

MSRP for the Dewalt Atomic multi-tool bare tool, DCS354B, is $129, and will be $149 for the DCS356B. At the time of this posting, Dewalt has said that there is no kit featuring the Atomic version. My feeling is that we will see the Atomic multi-tool in a basic “C1” starter kit that’s similar to the $99 DCS355C1 kit featuring the DCS355, and although we might see some flexibility in the DCS356D1 kit pricing, it will likely be maintained as a premium kit.