ToolGuyd > Power Tools > Cordless > Dewalt Updated their 20V Max Cordless Circular Saw
If you buy something through our links, ToolGuyd might earn an affiliate commission. 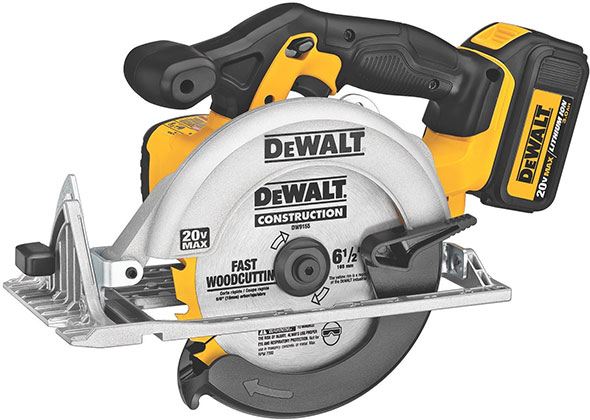 In a comment to our post about a new Dewalt 20V Max brushless circular saw that’s on the way to market, Bill shared something interesting.

He had noticed that a new DCS391 performed better than an older one, and that it had higher speed specification.

I went to Lowes and picked up a new DCS391 and found it to be a much better performing tool than my older unit at home. It wasn’t until I returned home and compared both tools did I discover that my older unit has a Type-1, 3700/min printed on the label and the new one has Type-3, 5150/min.

Both tools are otherwise very close in outward appearance and features, including the 3D magnesium base. Does Dewalt do this with other tools? I can’t find mention of the difference between the two on Dewalt’s website. Was there ever a Type-2?

We asked Dewalt about this, and they said:

In June of 2015 we made an improvement to the motor to increase the tool’s performance.

This is not the first time we’ve seen improvements made to current Dewalt power tools. Their DW745 was updated a few years ago with a greater ripping capacity, and I am aware of revisions to Dewalt’s miter saws.

*Thumbs up* Dewalt. It’s good to see that improvements are sometimes made in a product’s lifetime, and that they’re not just held back for later-on models.