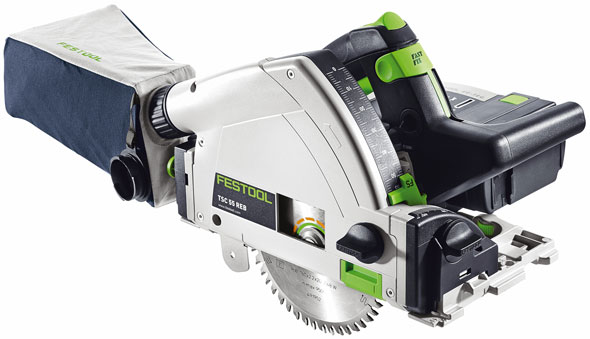 Festool’s TSC 55 circular saw, which is currently only available in Europe, is a cordless adaptation of their TS 55 REQ track saw. 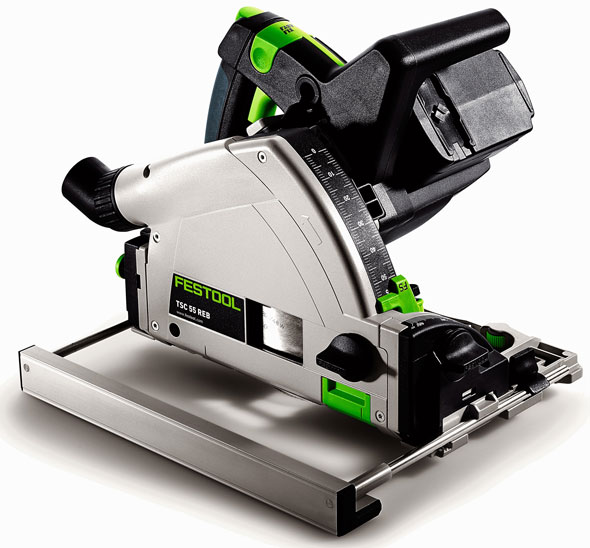 The new TSC 55 can be used as you would any ordinary circular saw, and there’s also an optional parallel fence guide to help you make straight repeatable cuts. 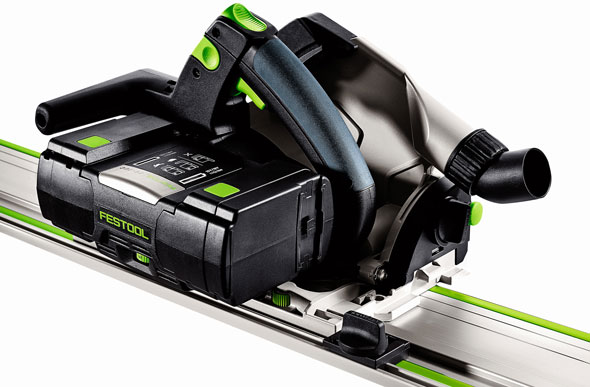 The Festool TSC 55 cordless saw can be powered by one OR two battery packs. It seems Festool designed the saw to work best with two 18V Li-ion battery packs, but you can use it with one or two 15V or 18V battery packs as well. 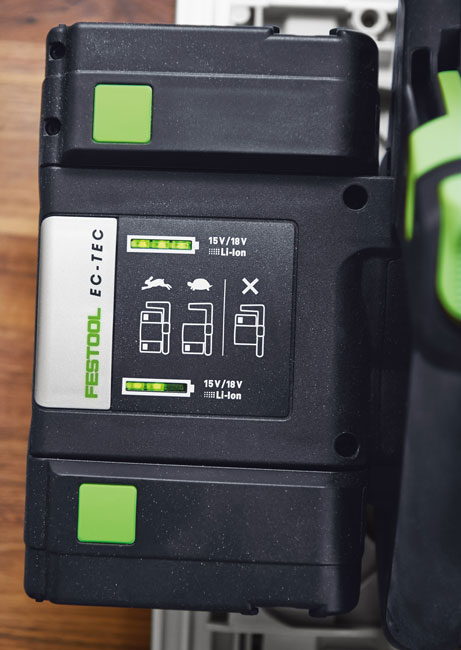 The saw has an EC-TEC brushless motor that’s specially tuned to provide maximum performance and runtime.

Here’s a nice video that shows cutting speed and that the saw has great runtime:

There are several 1-battery and 2-battery kit options available.

When this post was first published, the new Festool saw was only available in Europe. It is now available for sale in the USA as well.

Festool managed to build a saw with a lot of “firsts,” but they’re not bragging about this as other brands would.

The TSC 55 would be impressive if it was just a cordless track saw, but it is also engineered with a brushless EC-TEC motor and can be powered by one or two 15V or 18V Li-ion battery packs. That makes this an exceptionally versatile saw.

Festool is not the only brand who has come out with a 36V equivalent saw. But, unlike the Makita 18V X2 circular saw that is also designed to work with two 18V batteries, the TSC 55 can be powered by just one. Judging by the tortoise and hare graphics on the saw that correspond to whether you equip it with one or two batteries, you’ll probably want to use the saw with two battery packs if and when you can.

Since this is a cordless saw, it is reasonable to imagine it might be used where there’s no AC power. At such times, simply attach the included chip collection bag. I have not yet found an on-tool dust collection bag that has worked particularly well, but Festool claims that theirs can provide for dust-free working.

If you need the power, precision, plunge-cutting feature, and guide rail compatibility of Festool’s circular saws but with cordless versatility, this is going to be your best option.

The 2-battery kit, which comes with (2) 18V 4.2Ah Li-ion battery packs, is currently available in Europe for more than $1000. This makes the TSC 55 best suited for users who REALLY want Festool saw features and performance in a cordless battery-powered package.