ToolGuyd > Lights > Flashlights > New General Tools TorchScope is a Video-Recording Flashlight
If you buy something through our links, ToolGuyd might earn an affiliate commission. 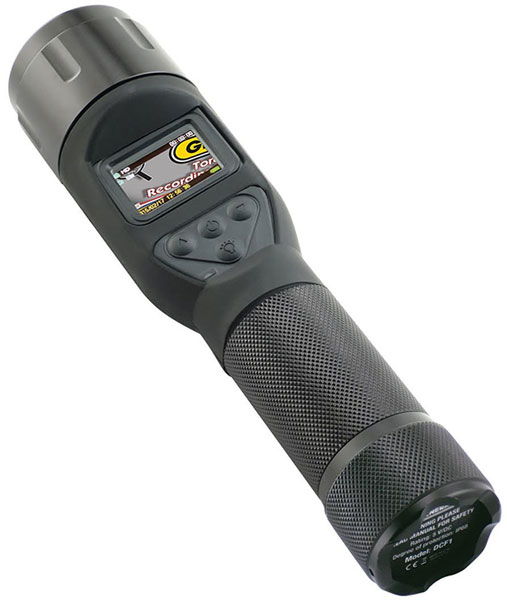 General Tools has come out with a new LED flashlight that offers built-in video recording capabilities. It’s aimed at construction, renovation, and security professionals, and anyone else that might want to have a record of whatever they turned their flashlight towards. The General Tools TorchScope can also capture still photos.

As a flashlight, the TorchScope has some heavy-duty features and specs:

Here’s a quick look at the video recording side of things:

The new TorchScope is half flashlight, half rugged video camera. General Tools hasn’t provided info about its dimensions, but I’m hoping it’s close to the ~1″ standard for high performance flashlights.

I’d like to see General Tools take this one step further and add in smartphone or tablet wireless connectivity, but that’s perhaps asking for too much. I would also like to see 30-second or similar pre-record function, where the flashlight can be set to record footage that precedes a press of the record button. I think that such a feature would make the flashlight so much more versatile and user-friendly.

If done right, the TorchScope could be a valuable tool to home and building inspectors, and other such users. I could see the benefits for security professionals as well. Its near-$300 price point makes it pricier than coupling an entry-level GoPro ($130 via Amazon), other action camera, or body camera, to a high performance LED flashlight (e.g. Maglite Mag-Tac), but with the TorchLight there’s just 1 battery and 1 device to have to worry about.

To me it seems like the TorchScope toes the line between innovation and gimmick, but it looks to have all the makings of a serious and useful instrument.

What do you think? Smart design, or what they heck were they thinking?