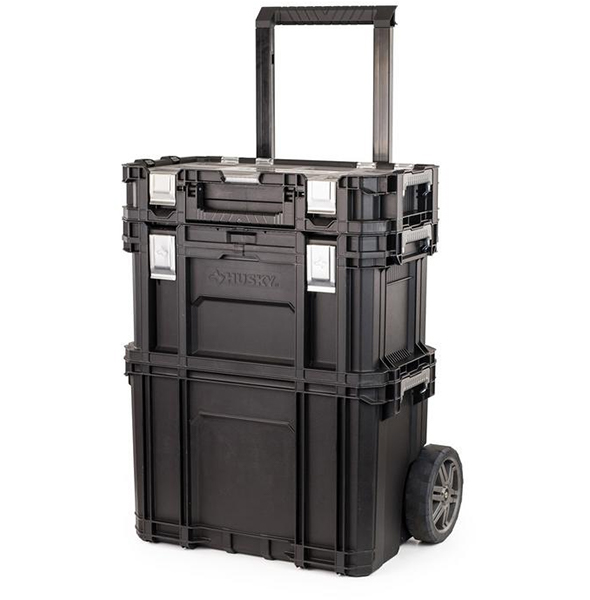 Well, it looks like Husky is joining the fray with their own 22-inch rolling tool box stack. Described as the Husky 22 inch  Connect Rolling System Tool Box, this stack features 3 main components that are bundled together as part of a set.

The new Husky mobile tool box system consists of a small parts organizer, a tool box, and a rolling cart. All 3 stack and lock together for transport.

The product page says that these products are compatible with the Husky Connect cantilever tool box and organizer, meaning there’s at least one other compatible model that fits together as part of this new modular tool box system. 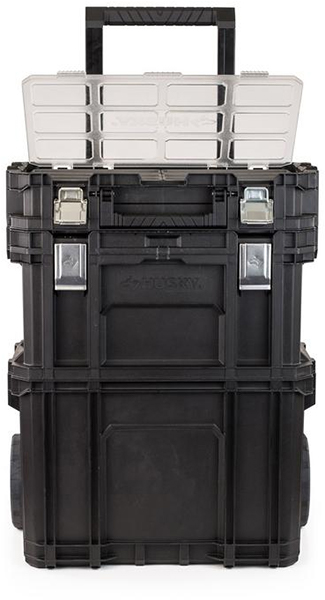 At the top, you get a small parts organizer, and it looks to have a clear lid. Inside are 12 removable parts bins.

You also get a tool box with removable tray, as the middle component. It features a flat lid surface, which Husky says doubles as a work surface. 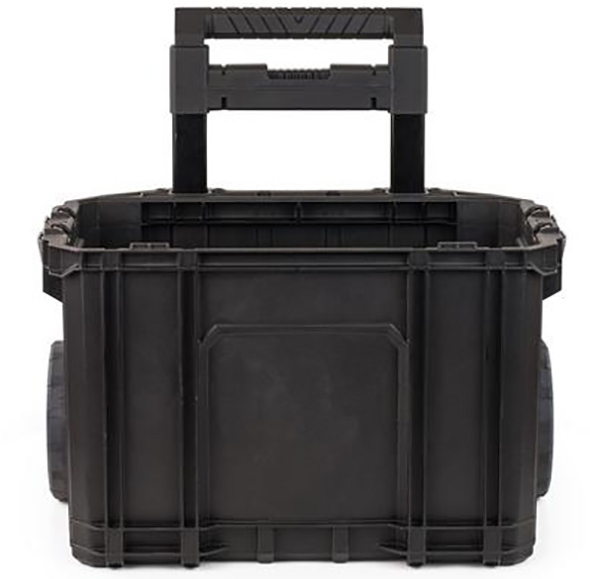 At the bottom, there’s a large rolling cart, with 7″ wheels and a telescoping handle. Husky says that this tool box/rolling cart is great for power tools.

The combo looks reasonable for the price, but what’s with the narrowing of the middle tool box? Does it have a top handle? Why does the bottom gear cart not have a lid?

This is one of those things that I’ll have to see in person before I could judge. But, I’m at least remaining open minded. I have had great experiences with Husky tool boxes in the past.