ToolGuyd > Accessories > How Would You Use a Klein Magnetic Wrist Strap?
If you buy something through our links, ToolGuyd might earn an affiliate commission. 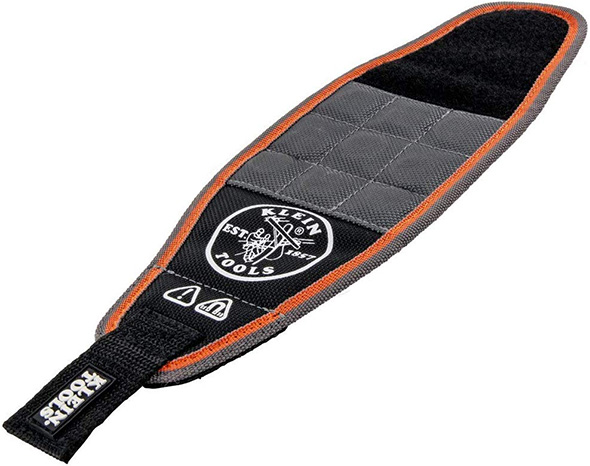 Klein sent over a magnetic wrist strap for review consideration. I put it aside thinking “I’ll be sure to test that soon!,” but I never quite came across a task that called for it.

I’ve come to the idea that magnetic wrist straps are great in theory, but in practice they require some getting used to, at least for me. 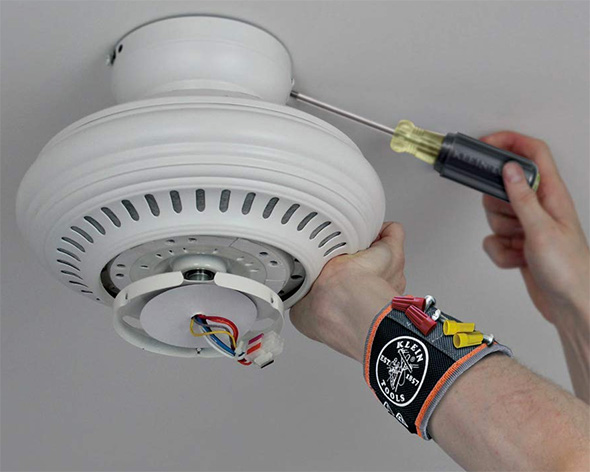 Me? I’ll bring an entire box of fasteners with me, or for parts that aren’t sharp, I might put them in my pocket.

I can see it being useful if you need a couple of parts while working up on a ladder. 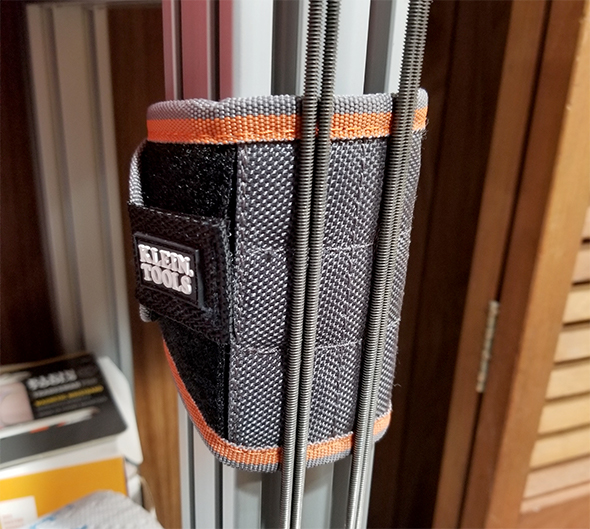 You don’t have to wear it – the strap is large enough to wrap around this 2″ x 2″ workbench leg. Klein marketing materials also show the magnetic wrist strap hanging off a tool bag.

It’s made with 1680d ballistic material with a mesh interior for greater user comfort, and secures via hook and loop closure. I tested the strength of the magnets with small fasteners and even small diameter threaded rod. This isn’t the product for holding large lag screws, but I would describe it as being reasonably capable. Are you really going to want to have lag bolts attached to your wrist?

I’ve come to the conclusion that I’m not really a magnetic wrist strap type of person. Maybe that will change someday, perhaps not. I started cleanup up again, and this is an accessory I’m finding both hard to love (due to personal habits and workflow preferences) and hard to give up. I’ve been trying to wrap it around workbench legs and tool bag handles.

You know, I could probably have used this today, or at least I probably should have tried harder to find a use for it. I was mounting wall cabinets in the basement and lost a screw on the floor. Maybe it would have still dropped if secured to my wrist, but maybe not.

So, let me ask you: How would you use this Klein magnetic wrist strap?

There are less expensive straps out there, but it looks to me that Klein’s is larger. Maybe it’s a little more robust?

Thank you to Klein for providing the review sample.