ToolGuyd > Hand Tools > Mechanics' Tools > Kobalt Double Drive Ratchet
If you buy something through our links, ToolGuyd might earn an affiliate commission.

Kobalt’s Double Drive screwdriver, which we previewed and reviewed last year, was hugely popular with DIYers. It featured unique internal gearing that allowed for rapid insertion and removal of fasteners at double the normal speed. This year Kobalt has taken that same gearing technology and put it into the new 3/8″ Double Drive ratchet.

If you’re looking for details about the new 32pc Double Drive screwdriver set, check out our separate hands-on preview, which includes information about an online-exclusive bonus set with free accessories.

I just got my hands on the Double Drive ratchet set, and will be putting it to the test in upcoming weeks. In the meantime, here’s an early review and video demo to help you decide if the ratchet is right for your needs.

Buy the Double Drive Ratchet with free bonus 50-piece bit set. (This online-only offer is for a limited time only.) 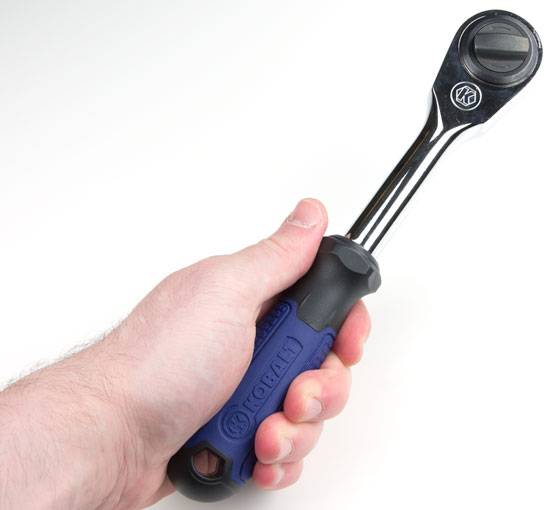 If you don’t care for the Kobalt’s Double Drive action, Stanley’s Rotator ratchet (check price via Amazon) can also be operated by twisting the handle.

The 3/8″ square drive ratchet feels good in-hand, although due to the mass of the complex Double Drive gearing it is a bit front-heavy. Kobalt describes the pear head as being low-profile, but it’s not; the ratchet head is quite a bit larger than those on common ratchets,

One thing we’re quite pleased about is the ratchet’s fairly comfortable handle. It’s grippy where it needs to be and smooth everywhere else. 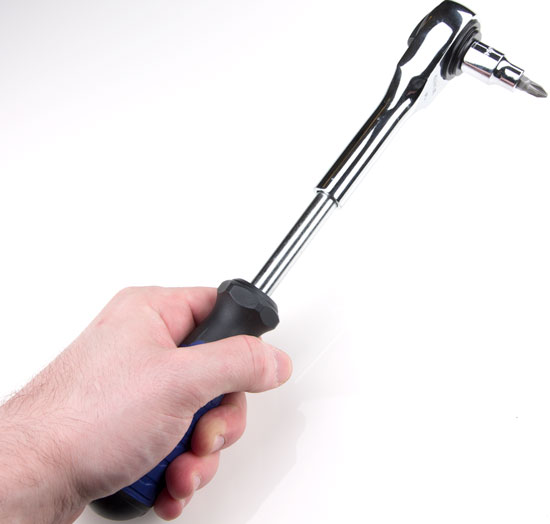 You can use the ratchet with the shaft collapsed down, or you can extend it a couple of inches for additional reach and torque delivery. Doing so does make the weight imbalance slightly more noticeable. 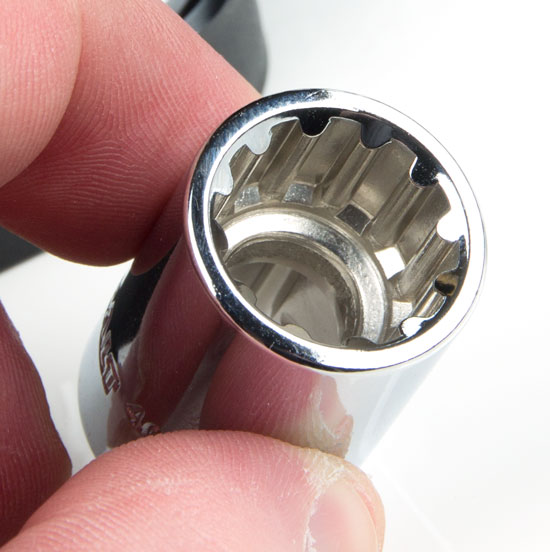 These are universal spline sockets that are designed to fit different shapes of inch and metric fasteners. Most DIYers will use these sockets on standard 6pt hex nuts and bolts, and they work alright for such applications. Personally I’m much more a fan of regular 6pt sockets. You can use this ratchet with any 3/8″ sockets, Kobalt-branded or otherwise.

If you’re a fan of universal-type sockets, be sure to check out our Kobalt’s Xtreme Access review. But please note that Xtreme Access pass-thru ratchets and sockets are not compatible with the Double Drive ratchet and the square-drive sockets it comes with.

The 20-piece set is available at Lowes for $25-30. For a limited time, there’s an online-only special set (link above) that includes an extra 50 screwdriver bits for free.