ToolGuyd > Editorial > Check it Out – Milwaukee Tool is Hiring (June 2015)
If you buy something through our links, ToolGuyd might earn an affiliate commission.

I have noticed a growing trend these past couple of months. When discussing a new Milwaukee tool, someone – and I don’t mean one person – will turn the comments section towards country of manufacturing origin.

Soon after, the discussion will turn towards “Milwaukee is a Chinese company,” and then eventually it becomes “I bet they don’t do even do anything here.”

Earlier this week, I met and reconnected with many Milwaukee engineers and product managers that I think would protest to these sentiments. They work hard at what they do, and it’s obvious that they do so with pride. While it’s bold of me to speak for them, I am pretty sure that they personally associate with Milwaukee Tool and not TTI, Milwaukee’s parent company.

Anyway, I found myself looking up the spelling of a product manager I had the opportunity to chat with. As usual, I made a poor effort at writing down who I spoke to and about what, and so I was trying to make up for that after the fact.

While on LinkedIn, I came across 19 new Milwaukee Tool job listings. I recall the president of the company saying they were going to do some hiring soon, but I don’t think this is what he meant. Still, it says something when you see new employment opportunities at their headquarters and 2 of their manufacturing plants.

These are jobs in the USA, and not in China.

Back in 2012, Milwaukee recently set up some operations at a building across the parking lot from their headquarters. Now, that building is packed to capacity with testing and development activities. There was a lot more to see this time around.

I don’t know what else to say to those who constantly bring up how Milwaukee is owned by TTI. Milwaukee Tool is not a smoke-and-mirrors operation, they’re a USA-based company that is simply owned by a foreign publicly-traded parent company.

Also keep in mind that TTI acquired Milwaukee Tool in 2004. And now think about everything that has come out of the company since then. If you’re up for a greater challenge, look at the few innovations that have come out of Empire Level in the past few years, and keeps your eyes peeled for the very many new products they have in the works, all thanks to the resources made possible by the Milwaukee-Empire acquisition. 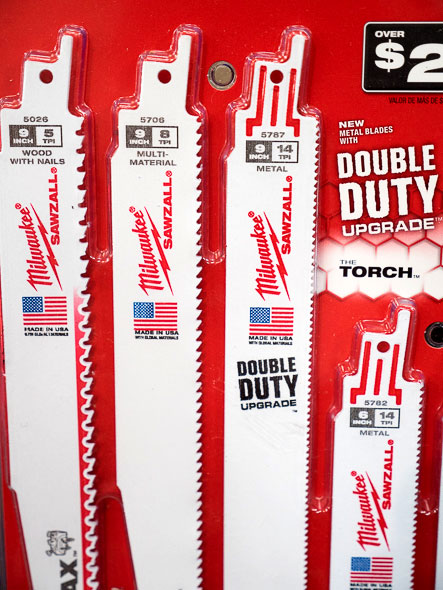 Sorry for the digression, this is a sore topic area for me. Maybe I’d feel differently if I never actually saw how deeply rooted Milwaukee Tool actually is in Wisconsin, or how much pride they have in what they do here.

Anyway, if you’re looking for a job in the Brookfield, WI, Greenwood, MS, or Jackson, MS, or greater Milwaukee areas, check out the job listings, linked below.

There’s also a job listing for Mukwonago, WI, which is where Empire Level is located. It seems that Empire is looking for a new Director of Operations, which is in agreement with Milwaukee’s claims that they’re pushing large amounts of resources to bolster their R&D and production efforts.

They showed off some new Empire tools at the recent Milwaukee new tool event, and flat out said that many more new ones will follow.

Sorry, before I spiral even more outside the lines, here’s a link to the job listings: