ToolGuyd > Power Tools > Saws > What Do You Think of… Milwaukee’s Sliding Miter Saw?
If you buy something through our links, ToolGuyd might earn an affiliate commission. 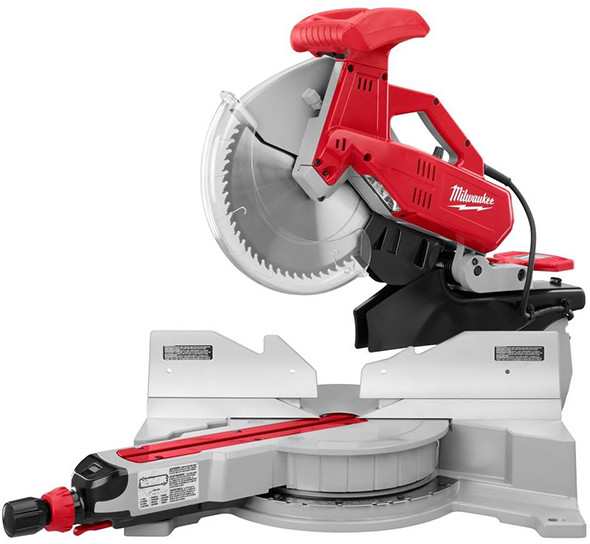 In case you’re thinking what I would be thinking in your shoes, no, there is no new Milwaukee miter saw. Yet?

John wrote in, asking for ToolGuyd users’ take on Milwaukee’s 6955-20 12″ sliding miter saw. This model has been out for a while, and so there’s no shortage of user reviews on the web, but John was hoping for some fresh perspectives and opinions on the saw.

According to the Amazon product listing, this Milwaukee miter saw has been on the market since at least 2004.

There have been more than a few new miter saws to hit the market since the Milwaukee 12″ sliding miter saw came out, including the Dewalt DWS780 – an excellent saw that I previously reviewed, and Bosch’s super awesome Axial Glide miter saws which are now available in 10″ and 12″ sizes.

What do people think of this saw? I’m interested in hearing from both contractors and DIYers.

It’s time for me to see about investing in a good quality miter saw that’s going to last a lifetime for me, since I’m just in the class of DIY. I love Milwaukee tools. I’ve already got a ton of them and love the quality and craftsmanship. Is this Miter Saw really worth the chunk of change?

Milwaukee’s miter saw is priced at $649, which is indeed hard on the wallet. But with a quick glance, I can’t find any major complaints about it.

Price: $649 at Home Depot and other authorized dealers. Amazon’s price is way higher and only available through 3rd party sellers.

I think that Dewalt’s DWS780 is going to be the most popular competition, and I really like that saw’s XPS cut “light” guidance system. But if the Milwaukee sliding action is better (I wasn’t 100% in love with Dewalt’s), then that might be the deciding factor. I don’t know which one I would pick between the two. Maybe I’d just stick with Bosch.

If you’ve used this saw, what do you think about it? Does it stand up to today’s competition? Do you have another 12″ sliding miter saw recommendation you’d like to give to John?