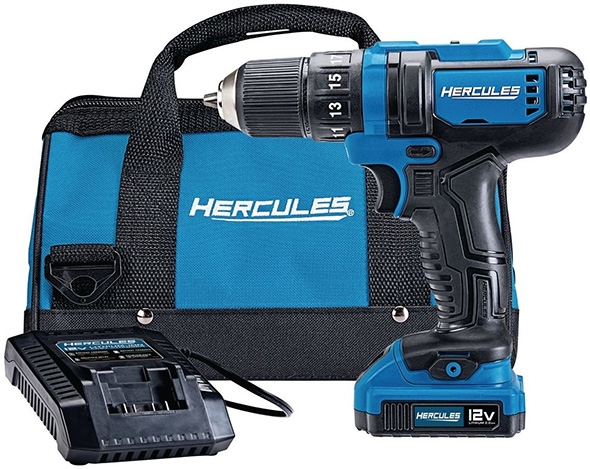 We first wrote about Harbor Freight Hercules cordless power tools in 2017, after which we talked about how they were looking to make a serious push into the pro tool market. After that, they launched a new Hercules 12″ sliding miter saw.

They also came out with ultra-quiet Fortress air compressors. 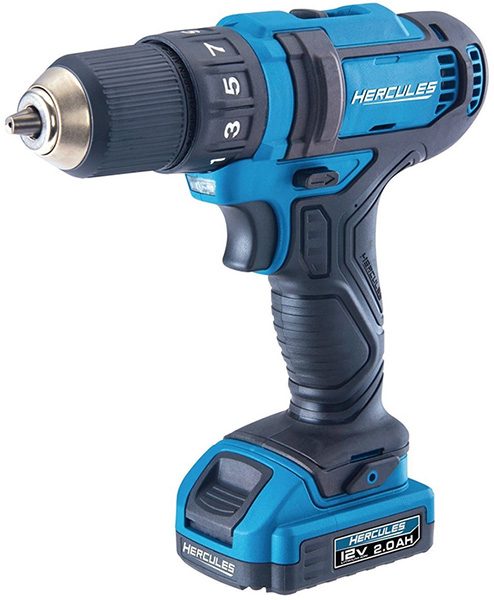 The new Harbor Freight Hercules 12V cordless drill (item no.64370) is said to be a lightweight and compact design, capable of longer runtimes and legendary performance.

Harbor Freight emphasizes that their Hercules 12V drill is built with a Jacobs-branded chuck.

The kit comes with a charger, carrying bag, and 2.0Ah battery. 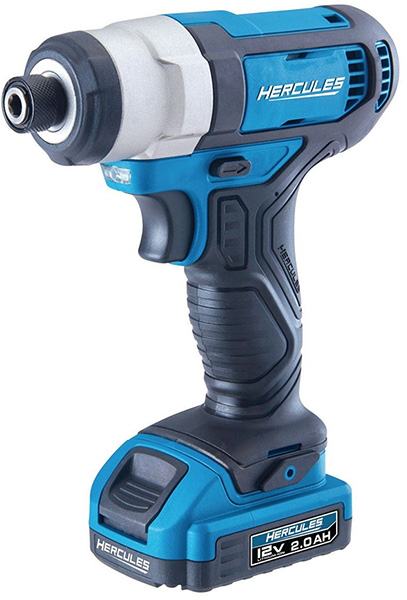 Next, there is a new Hercules 12V impact driver (item no. 64369) which, like the drill, has decent on-paper specs.

As with the drill, the kit comes with a charger, carrying bag, and 2.0Ah Li-ion battery. 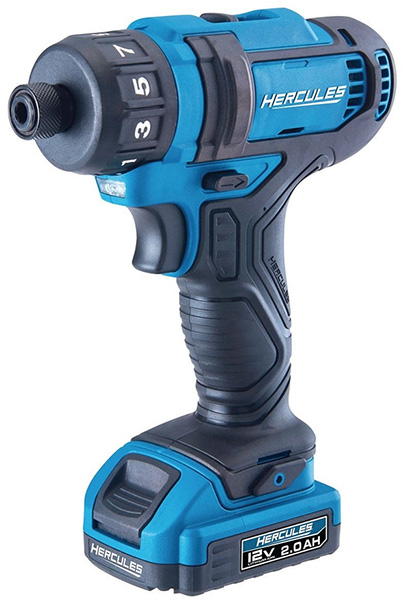 The cordless screwdriver is similar to the drill, but with a quick-release 1/4″ hex chuck.

The kit comes with a charger, carrying bag, and 2.0Ah battery.

All of the new tool kits come with some starter bits. 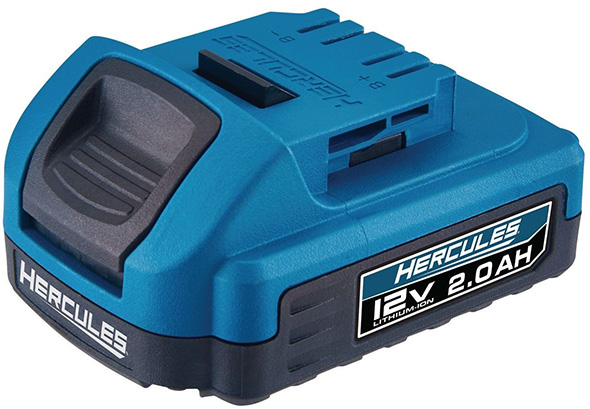 Additional 2.0Ah batteries are priced at $25 each. 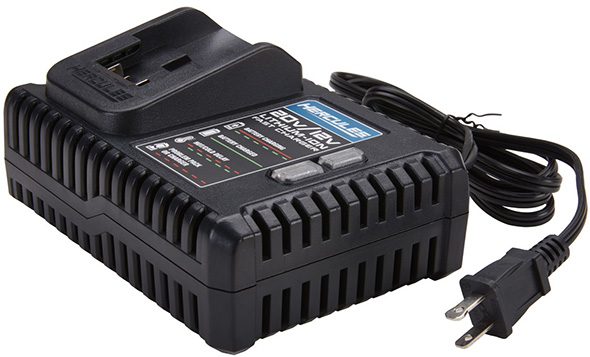 Additional chargers are also available, at $30.

So, the Dewalt drill and impact driver kits cost $9 more, each. The screwdriver kit is $16 more.

Actually, the specs are decent. Surprisingly, Harbor Freight’s Hercules tools best Dewalt’s 12V Max tools, specs-wise, at least on paper. Dewalt’s first 12V Max offerings launched more than 8 years ago, so maybe this is not that much of a surprise.

I bought a Harbor Freight Hercules 20V Max drill and impact driver when they first came out, for review consideration purposes, and they’re not bad. My complaints are more with the fit and finish than anything else, but those niggles were enough for me to drag my feet through the review process, leading to the tools being buried under newer interests. Maybe I’ll pull them out for final testing and review one of these days.

If Harbor Freight took lessons from their 20V Hercules tools and applied them to these 12V tools, they might be decent buys, at least for users not looking to buy into a system.

It won’t be long until new Harbor Freight coupons discount the prices a little bit.

Skil’s PWRCore 12 brushless 1/2″ cordless drill/driver kit is $80 on Amazon, and like the Hercules drill it comes with a 2.0Ah battery. The PWRCore drill has added features that make it a little more compelling than the Hercules, and it’s more powerful too. The Skil is aimed at DIYers, but the comparison seems fair. Which $80 12V-class drill kit would you purchase?

The new Harbor Freight Hercules 12V drill and drivers say all the right stuff on paper. Frankly, I think they’re moving in the right direction, or at least in a direction that keeps me open minded and even optimistic about what’s to come.

If you were looking to buy new 12V-class cordless power tools, would these make it to your shortlist?

I haven’t been to a Harbor Freight store since I bought Hercules 20V tools for testing. If there’s enough interest, I’ll head over to pick up one or more of these new 12V tools for some hands-on time.

Are there any Hercules 12V or 20V cordless power tools you’d like to see Harbor Freight come out with soon?