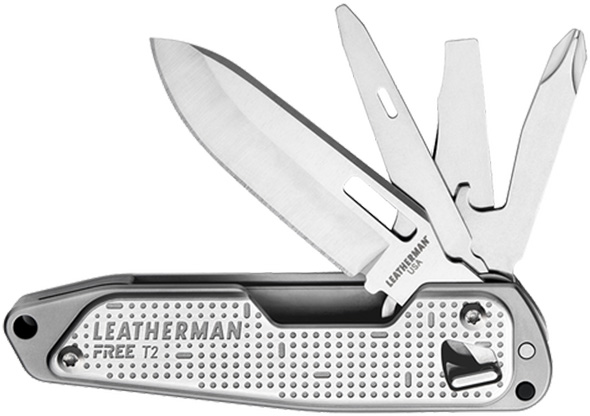 Shown above is the Leatherman Free T2, which the brand describes as being small but mighty. It’s their more compact Free-series multi-tool, designed to be small enough for pocket or purse carry.

Features include Made in USA construction, one-handed operable tools that all lock into position for use, magnetic opening and closing, and frustration-free tool access. In other words, it shares much of the same features and mechanisms as the P-series multi-tools. 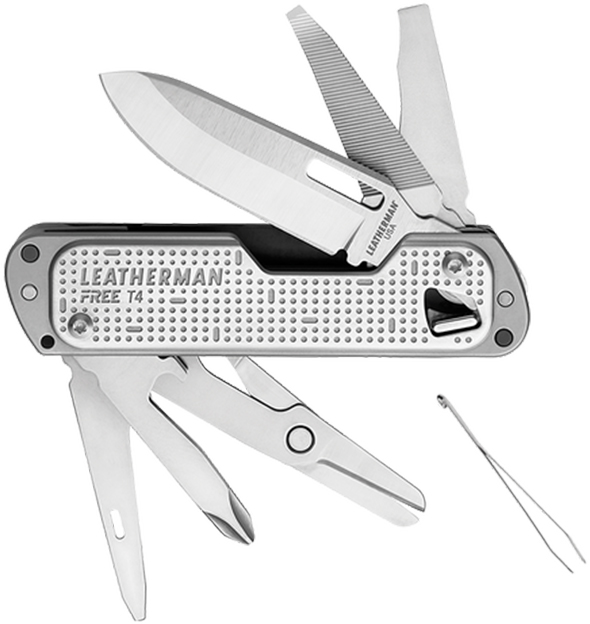 The Leatherman Free T4 multi-tool is similar to the T2, but adds tweezers, scissors, and a file.

These new Free T2 and T4 multi-tools are something completely different from Leatherman. They’re not pliers-based multi-tools, and while they feature a good-sized knife, the knife is not the star of the show in the same way as in knife-based multi-tools.

I like the idea of compact multi-tools. Leatherman describes the T2 as “an EDC multipurpose tool built for every hand,” and the T4 as providing “maximum utility, minimum space.”

It looks like both tools have a lanyard loop, but there’s no mention of a pocket clip.