ToolGuyd > DIY & Home > 3M Scotch Extreme Dual Lock Fasteners Review
If you buy something through our links, ToolGuyd might earn an affiliate commission.

Our friends over at Scotch sent over a big goodie box of their Dual Lock self-closing Extreme Fasteners. A lot of these products have been out for a while, but new branding under the Scotch name – as opposed to 3M – means you’ll see them a lot more of these fasteners at home improvement and home goods stores.

Scotch also makes hook-and-loop cord wraps and other such products, but today I wanted to focus on their Dual Lock fasteners. 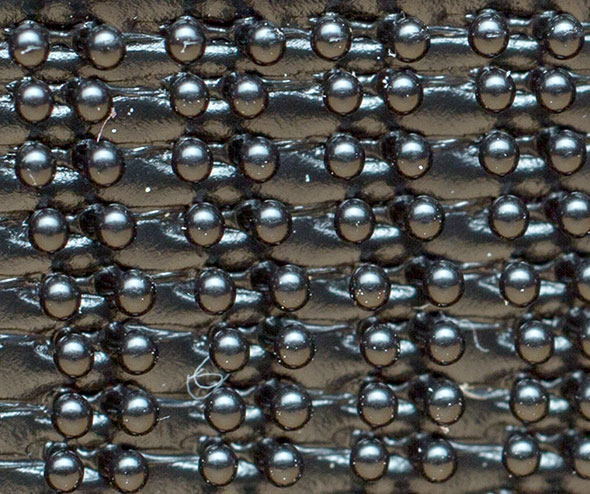 Scotch’s Extreme Fasteners with Dual Lock technology have these small mushroom-shaped pegs that self-mate with each other.

Cut a strip off from the same roll, bend it in half, press the two parts together, and the strip will lock and attach to itself. That’s not what you’re supposed to do, of course. You’re supposed to take two strips, either pre-cut or cut from a roll, and attach them to the two surfaces that you want connected together. 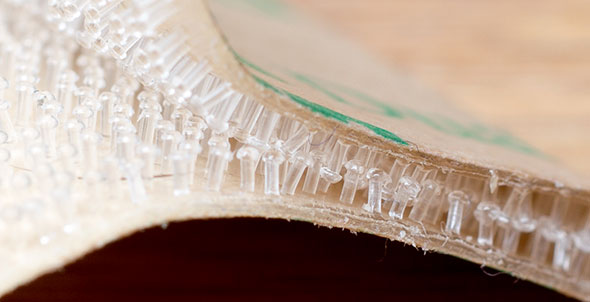 You might have seen something like this before if you have an E-ZPass or other type of non-contact road toll payment device, as they’re often bundled with 3M Dual Lock strips.

Scotch advertises that their Dual Lock Extreme Fasteners are 3X stronger than Velcro hook and loop strips. They are indeed stronger, but they’re also better in many other ways.

Although I think these are better than Velcro strips in a general sense, and for many types of applications, but there are still plenty of places where you might want to use Velcro instead.

For instance, these Dual Lock Extreme Fasteners are only available with PSA (pressure-sensitive adhesive) backing, while Velcro strips are also available with sew-on backs. You’re not really going to be able to sew these Scotch fastener strips to anything.

These Scotch Extreme Fastener strips are also a little more rigid than Velcro hook and loop strips. That’s not good or bad, but just something to be aware of.

Velcro and Velcro-style hook and loop products might also be better suited in certain environments, such as where water or oil might be present. I’m just thinking aloud here, but such fluids might change the lubricity or locking power of Scotch’s fasteners. Then again, Velcro doesn’t always do well in the presence of fluids either.

That being said, there are quite a few ways these are better than Velcro. 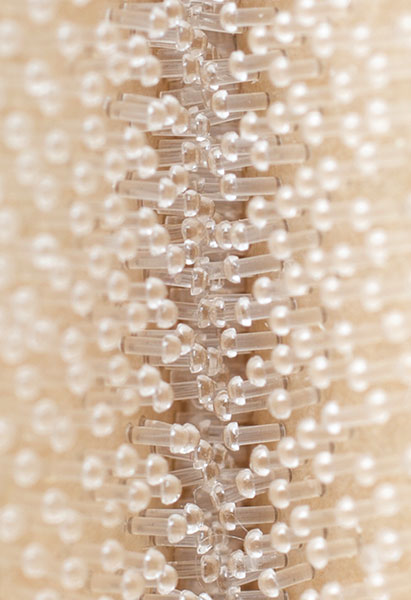 The above close-up photo shows some fine dust and lint, but these and other contaminants won’t foul-up the locking process, at least not in my experience. Velcro and Velcro-like hook and loop products can sometimes foul up with lint and other particulates.

Velcro and hook and loop products stick together quickly and easily. Sometimes this is good, sometimes it means things stick together before you want them to, requiring adjustment and some fiddling around.

These Scotch fastener strips require a little more pressure to self-attach, and when they do you hear the small pegs clicking together. 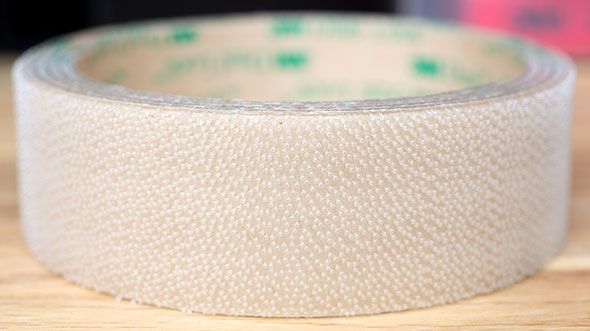 Scotch Extreme Fasteners are available in different sizes and styles. The ones I tested were precut 1″ x 3″ strips in black, and a “clear” 1″ x 10′ roll. The Extreme Fasteners can hold up to 2 pounds per inch for up to 10 pounds total.

The Scotch Outdoors Fastners, which describes the roll shown in this photo, are similar but with a 1 pound per inch and up to 5 pounds total load rating.

Scotch also makes All-Weather and Heavy-Duty Dual Lock fasteners, but they’re similar if not identical to these.

3M and Scotch offer the following usage recommendations for their Extreme fasteners:

Keep in mind that the adhesive is permanent. You DON’T want to use these on delicate surfaces.

I’ve had good experiences using the Extreme fasteners to mount removable battery packs inside of project boxes, light duty fixtures to the wall, and other such objects I might want to be removal.

I have a remote control for an air filter I use when working with wood. As soon as I find it again, I’ll probably stick it to the side of the air filter or one of my tool boxes.

I really like these Scotch Extreme Fasteners, even from before when they were harder to find. They’re easier to find now, but I also wish they were more widely available in different sizes, such as 1/2″ strips. I suppose that they’re not available in narrower strips because the 1″ width ensures that there’s sufficient Dual Lock engagement.

Additional sizes and styles are available from 3M, but they’re typically found at industrial suppliers and some are only found in commercial quantities. For example, I could only find 1/2-inch-wide Dual Lock strips in pricey 50-yard rolls.

Scotch Extreme Fasteners are incredibly versatile around the home and shop, and fantastically easy to use. I love that there are no matching strips to have to mess around with, such as with Velcro and other brands’ hook and loop products. You attach one piece to the attachment surface, and one piece to the object you want to be removable.

The Dual Lock fasteners can be used for short-term fastening, but they also work well long-term. My E-ZPass has been attached to my car’s windshield for 5 years now, and it has not once shown signs of loosening. It doesn’t seem to be affected at all by heat, cold, or moisture either.

Reminder: The adhesive is permanent. It’s the mating between Dual Lock surfaces of two strips that is non-permanent.

Right now it looks like Home Depot has the best pricing. If you find a lower price, please let us know!

Thank you to Scotch for providing the review sample unconditionally. Review samples are typically given away, donated, or retained for editorial and comparison purposes.