There are so many cordless power tool deals for Black Friday 2017 and the following holiday season, that I felt compelled to sort out the best ones.

If you know of a good cordless power tool combo kit deal that you think should be included, please don’t hesitate to let us know!

For now, I will focus on the deals so good that I’d buy them without hesitation. I’ll try to expand upon the post as I can.

Also check out these other Black Friday tool deals:

It’s a pretty good price for what you get, and the cool color scheme is icing on the cake.

Even the charger is a special edition color! 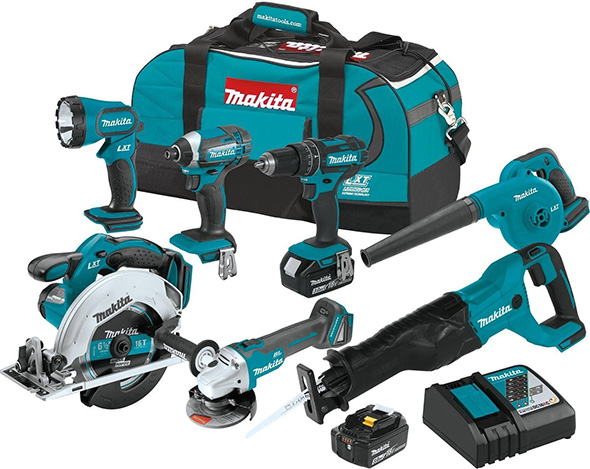 It’s a good standout among other seasonal kits priced around $399. But make no mistake, this set was likely designed to sell at $399. I could be wrong, but what else am I supposed to conclude – this combo didn’t exist before the 2017 holiday shopping season, and that usually tells you a lot about a product. 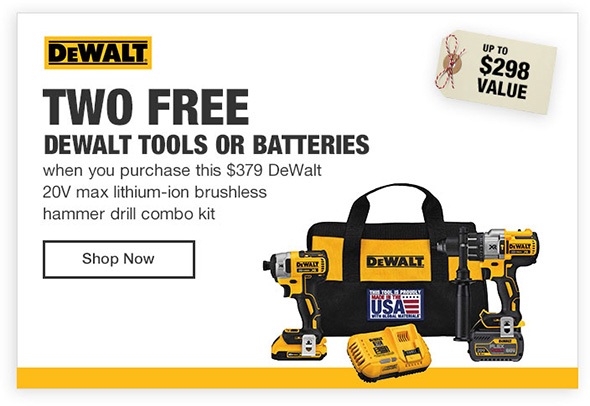 ALL of the options are sold out right now, but I only hope that they intentionally halted to deal so as to save inventory for Black Friday and the rest of Thanksgiving weekend. 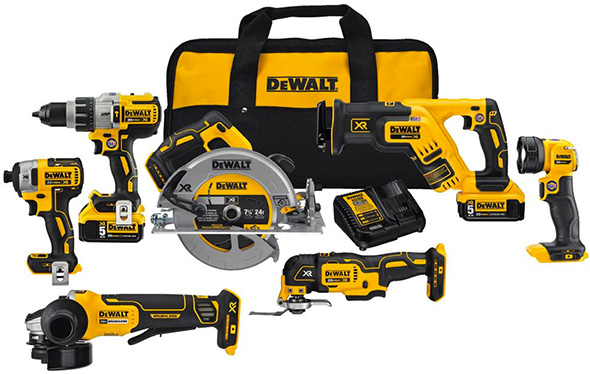 While we’re talking about out of stock deals, this Dewalt 7-tool cordless power tool combo kit is the best deal of its kind that I remember seeing any Black Friday or holiday shopping season. Hopefully they’ll restock soon.

There’s a smaller and non-brushless kit at Amazon that looks to have all the makings of a Black Friday or Cyber Monday deal.

There’s guaranteed to be a couple of “deal of the day” types of deals, where a 4-9-tool kit is discounted. Generally, these kits are very good buys, even though they don’t often feature the latest or greatest tools.

If you know of a cordless power tool combo kit that should be added to this list of “best of the best,” please let us know!

Paul mentioned Hitachi’s 18V 6-tool combo. (Thank you Paul!) This has been on my radar, and I had looked at Hitachi’s 4-tool kit as well, but there are simply too many deals I’ve been wanting to post about, and not enough time.

The tools in this combo are fairly standard. Although the drill and impact are “nothing special,” for lack of a better way of putting it, they’re reasonably spec’ed, and should be capable.

I’d consider this a “great bang for the buck” kit, but there might be other cordless power tool combo kit lightning deals or “special buys” that compete with it on even ground.

This kit comes with Hitachi’s newest compact 3.0Ah Li-ion battery packs, and two of them. Those higher capacity but-also-slim battery packs increase this kit’s appeal. So does the fact that spare or replacement batteries won’t hurt your wallet too much.

There’s also a 4-tool combo kit, for $199. It looks to feature the same drill, impact driver, reciprocating saw, and LED flashlight, but lacks the circular saw or jig saw.

Leave a Reply to Whiskey and wood Cancel reply