ToolGuyd > Hand Tools > EDC, Pocket, & Multitools > My First Civivi EDC Knife – the Budget-Priced “Hooligan”
If you buy something through our links, ToolGuyd might earn an affiliate commission. 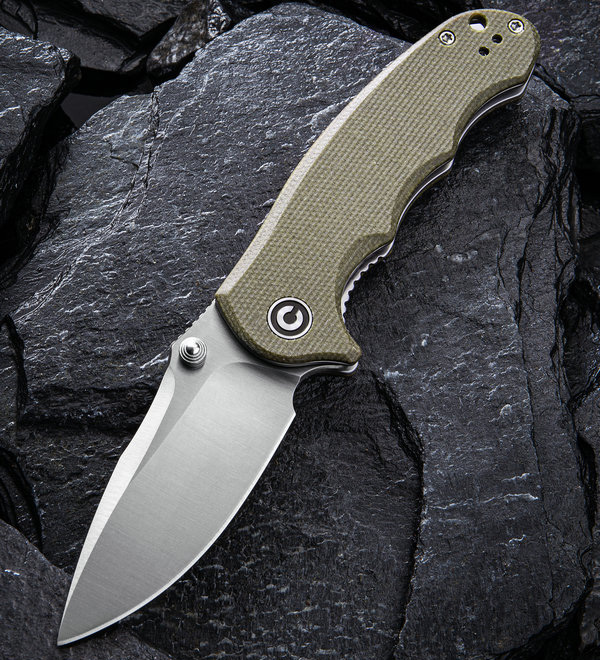 A reader asked me to take a look at Civivi, a relatively new budget-priced pocket knife brand from WE Knife. After some quick research, I went with the Hooligan, shown above, and priced at $54.

WE Knife is a Chinese knife company that has taken the market by storm, offering high quality and versatile EDC knives. Most of their designs are quite pricey, which explains the launch of an entirely new brand, Civivi, to cater towards users without enthusiast-sized budgets or needs. 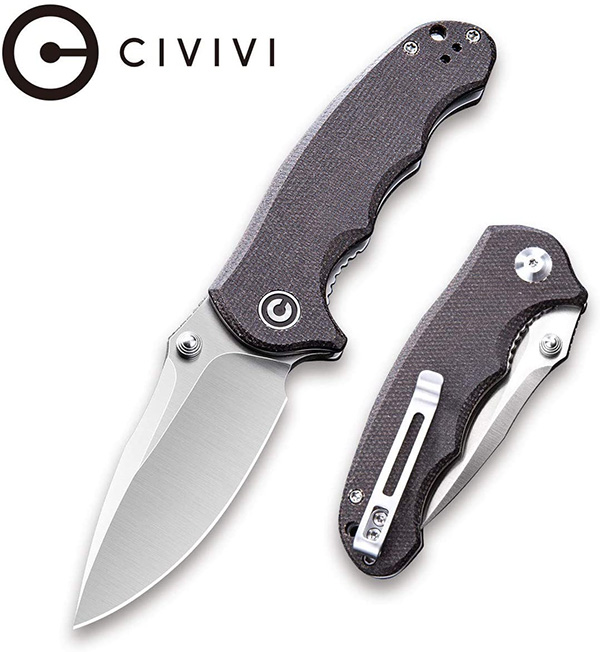 5 Quick Things to Know About the Hooligan

Inexpensive But Not Cheap

Anthony gushed over the Ruike P801 pocket knife (review), giving credence to the idea you can have an affordable manually-opened EDC knife that works and works well. The Hooligan does cost more, but is still in what I would consider “hesitation territory,” a price range where there might be serious compromises to fit or function.

I received my Civivi Hooligan knife today – purchased at retail – and have to say that it’s quite nice. It does lack the smoothness of higher-priced knife, but my initial impression has me impressed.

D2 tends to have decent wear resistance, hardness, and toughness, and as a knife and tool steel, I’d consider it a workhorse alloy. It’s a big step up from the unidentified steels used in cheaper knives, but lower than more exotic modern powder metallurgy alloys. D2 is also fairly easy to sharpen.

I think that D2 blade steel is a good fit for a knife like this, suitable for frequent use.

I opted for a micarta handle, but there is also a G-10 option. Micarta is a resin-based material made with layers of linen, canvas, or other such materials, while G-10 is made from resin and fiberglass. I can’t tell you which is better, but the G-10 version is a bit more expensive and has a “damascus” style blade.

While inexpensive can mean different things to different people, that’s how I’m classifying this knife. There are a number of very good knives priced at $30-$50, but there are also many compromises.

At $54, I would consider this an inexpensive enthusiast knife. At lower prices, you buy whatever fits your major needs or wants. You typically have to step up to $75 to $125 to get more enthusiast choices, styles, or shapes.

I don’t think the Civivi Hooligan or other Civivi knives are aimed at being entry-level offerings. From what I’ve experienced in the hour or two of fidgeting (opening and closing) and test cuts since I’ve owned this knife, and from the time I spent looking at different models before landing on this one, I think that Civivi aims to provide a “new enthusiast” or “budget-minded enthusiast” experience.

I decided to post my very early impression to balance out yesterday’s post, which focused on the new USA-made $140 Para 3 Lightweight.

That is, it’s designed to give a higher-end feel and higher-end design at a lower price level.

If you’re not a knife person, this is the knife to bridge the transition.

When graduating from a Kershaw Leek knife to a Benchmade mini Griptilian, I spent a lot of time researching and going back and forth. Did I want a thumb hole or thumb stud? Benchmade or Spyderco?

I’ve tried other knives in the $30 to $75 price range, and some of them are downright lousy, others are comprised. There are some very good offerings though, such as by Kershaw. But generally, you have to make due with specific designs, smaller blades, or notable compromises. Below $30, and there are often too many compromises.

The Civivi Hooligan, I think, is aimed at converting more users into enthusiasts and collectors. That’s not to say that it’s not a fine standalone knife, because it does seem to be so far, but it’s a less expensive doorway into the industry.

In contrast, the least expensive WE Knife is around $100, or $80 if you include the MassDrop Ferrum Forge Gent knife collaborations, and it quickly climbs towards $200. There are quite a few WE Knife models priced above $200.

My Civivi arrived in its own branded pouch, similar to how We Knife knives are shipped. This really does seem to be a sort of “We Knife Lite” type of experience.

We were asked about the Civivi Elementum in particular, but that model has been out of stock (although Amazon says it’ll be back in stock later this month), and so I figured the Hooligan would be a good introductory knife for the time being. The Elementum is a more slender knife with G-10 or ebony handle scales, and flipper mechanism.

The more I think about it, the more appealing the brand and their strategy seem. The bulk of their knife offerings seem to be priced between $40 and $80, which most being under $55.

There are many other brands in this space, such as Kershaw, CRKT, even Gerber, and others you might not have heard of, such as Steel Will.

WE Knife really shook up the enthusiast market, quickly becoming a very significant player with competitive quality and continual new knife releases. It looks like Civivi is aiming to do the same, and in a high impact way.

I’m going to dip into our review sample budget to pick up another Civivi knife – probably the Elementum once it’s back in stock.

In the meantime, I think the Hooligan will prove to be a decent everyday-type folding knife.

Years ago, I tested the budget-folder waters with the Spyderco Tenacious ($51 via Amazon), which proved that you didn’t have to spend a lot more to get a higher-end feel. That’s what Civivi seems to be after, but with a more deliberate attempt at creating a more higher-end experience.

More options are good. Although I have developed more of a taste for higher-priced knives, I’m eager for a better selection of lower-priced knives that deliver a great user experience. I am happy to report that the Civivi Hooligan left me with a positive first impression. It’ll take time for me to see how it holds up to other brands and knives at this price range, but so far I’m optimistic.

If you have any knife review requests, now’s a good time to ask – Father’s Day deals typically let me stretch my sample budget further than other times of the year.

(My copy was purchased from BladeHQ at full retail, it’s the Civivi C913B with D2 blade steel and dark hazel micarta handles.)