ToolGuyd > Hand Tools > Mechanics' Tools > New Craftsman Wrench Sets at Lowes
If you buy something through our links, ToolGuyd might earn an affiliate commission. 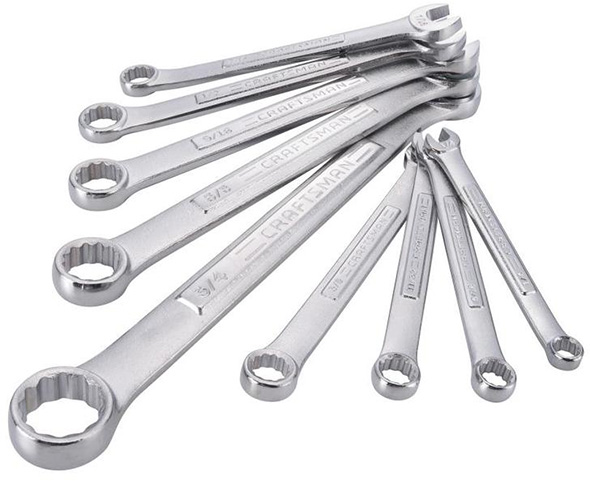 We’ve posted about some of the new Craftsman tools that have started to appear at Lowes. The brand has been owned by Stanley Black & Decker for nearly a year and a half now.

We’ve seen new mechanics tool sets on Lowes.com, we followed upon with details about where they’re made, and I posted about new Craftsman tool storage products that are on the way.

SBD has pledged to bring some Craftsman tool production back to the USA, and are presumably still working on that.

Ben came across Craftsman wrench sets at Lowes, and wasn’t impressed with what he saw. He described the wrenches as poorly finished, and conveyed that he’d absolutely buy different wrenches over these. 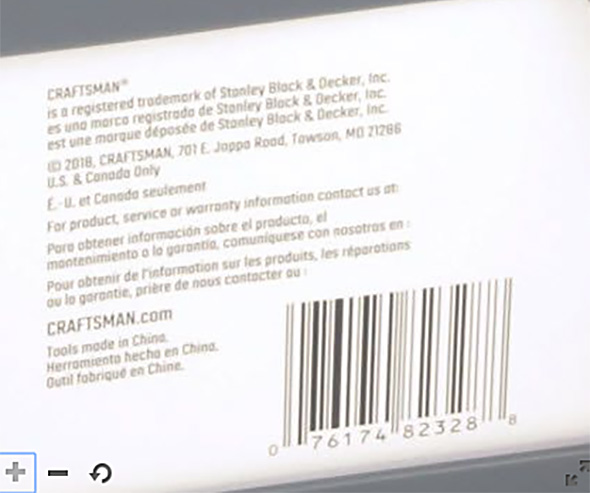 Lowes.com has a 360° view of the packaging, where we can see that these newly listed wrench sets are made in China.

Oddly, the product description describes the wrench sets as “polished chrome,” but they look like imported versions of traditional Craftsman raised-panel wrenches.

I’m fond of the Craftsman raised panel wrenches that I own. Years ago, I bought my 9pc set for $20. The pricing was right, and the tools were made in the USA.

During holiday seasons, 8pc sets, packaged in boxes instead of reusable holders, sold for $10.

Back in 2012, we shared a comparison of Craftsman raised panel ratchets. I don’t think we ever posted about a raised panel wrench comparison, but there are plenty online. The imported versions were often described as having “lobster claws,” giving rise to the belief that the open ends were beefed up with extra mass to make up for lower strength forging or heat treatment.

These new Craftsman raised panel wrenches, at least from the photos, don’t look to have the “lobster claw” dimensions.

Craftsman’s raised panel wrenches have always had somewhat of a rough appearance to them, as if they were pulled off the forge, lightly finished and plated, and then sent to the store. And that was okay, because the price made them good values.

I feel compelled to check these out myself, and will try to get to a Lowes store this weekend. The nearest one is about 30 minutes away, and it’s not one of my favorite ones. Meanwhile, there are 3 excellent Home Depot locations all within 15 minutes. Sorry, I digress.

$20 was a great price for a 9pc USA-made Craftsman raised panel combination wrench set. For an imported set? There are many other options out there, some of them more compelling.

From how Ben described the wrench set he encountered to me, I’d sooner spend the same amount of money on fewer wrenches (Kobalt has 7pc full-polish sets for $20), or a little more for a different brand (Tekton has a couple of sets not far off from this price).

I’m trying to reserve judgement until I see these wrenches in person, but I am getting a little impatient. Where are the new USA-made Craftsman tools we are expecting?