ToolGuyd > Power Tools > Cordless > New Dewalt 20V 5.0Ah Battery Pack
If you buy something through our links, ToolGuyd might earn an affiliate commission. 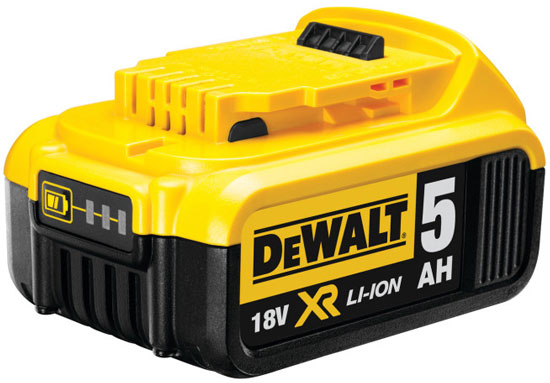 Mike wrote in with a tip that Dewalt is getting ready to launch their DCB205 18V/20V Max 5.0Ah battery packs in Europe. It took very little looking around before I realized his information is perfectly spot-on.

Dewalt has announced the European launch of their new 18V XR (20V Max) 5.0Ah Li-ion battery pack (translated press release). Their 18V-class cordless tools are marketed as 18V XR internationally, and 20V Max in the USA and North America, so don’t let that part throw you off.

According to a Dewalt owners manual we found, the charging time is said to be 90 minutes. A built-in LED fuel gauge lets you know when it’s time to find the charger or swap batteries. 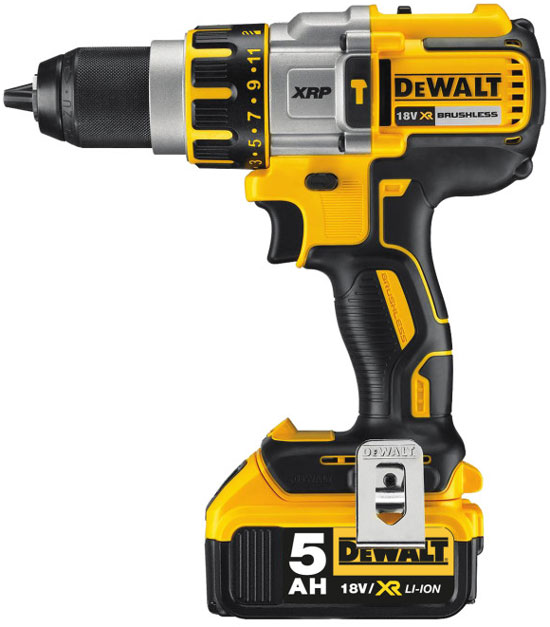 Dewalt says that the new 18V/20V Max 5.0Ah battery pack will be compatible with all of their existing Li-ion cordless tools of the same voltage. In other words, the new battery pack will work with all of their slide-pack-style 20V Max and 18V XR tools. This is something that certain other brands – specifically Makita, with their confusing 18V LXT 4.0Ah compatibility issues – cannot say.

As you can tell from the timing of our past coverage, Dewalt first released their 4.0Ah battery pack in Europe, and then in the USA many months later. We asked Dewalt about rough USA availability for the 5.0Ah battery, and are happy to report that it’s expected to hit the shelves this summer.

In addition to being available separately, the new Dewalt DCB205 5.0Ah battery packs will be bundled in a slew of new combo kits, with model numbers ending in “P1” or “P2.” For instance, a (2) 5.0Ah battery-equipped DCN692 brushless framing nailer kit will have the model number DCN692P2.

Unfortunately, it doesn’t look like compact 2.5Ah Li-ion batteries will be launched with the 5.0Ah batteries, but maybe we’ll see them down the road.

As a reminder, Bosch recently announced 5Ah batteries of their own, and Makita’s are already available outside the USA. We’re certain that Milwaukee is also preparing to launch an M18 5Ah battery pack, but haven’t heard any tips or official news about the matter.

Thanks Mike for the tip!