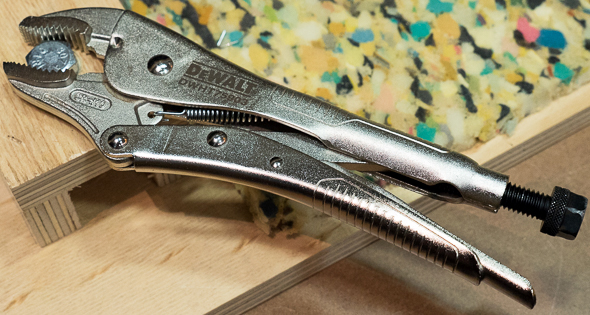 At Dewalt’s 2016 media event (here’s more new tool coverage from the event), the showed off a couple of new pliers.

For me, the star of the pliers display were these new locking pliers, with Euro-style release mechanism. I like this style a LOT better than Vise Grip-style mechanism, which can pinch if you’re not careful.

It looks a lot better than Dewalt’s previous locking pliers design, which did not make it to market. 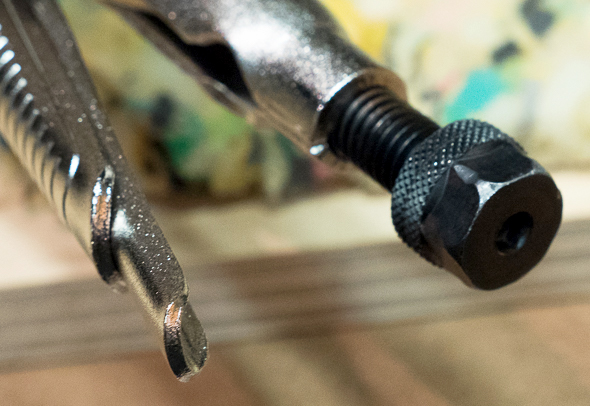 The most obvious difference that I can tell is that the new Dewalt locking pliers has a beefier adjustment knob, with flats for applying extra tightening force using a wrench.

It’s unclear as to how many different sizes or styles there will be, but I’m hoping for a full lineup. In the meantime, this one has model number DWHT75903, which doesn’t appear anywhere online yet.

There were also heavy duty diagonal cutters (DWHT74274), which had quite comfortable grips, and… 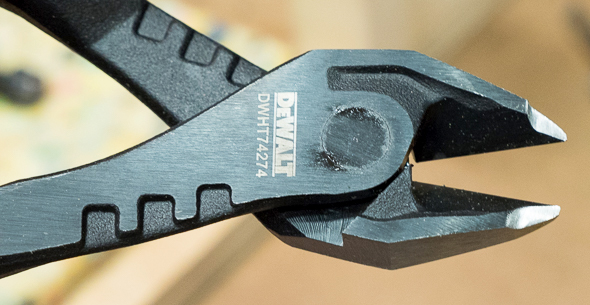 Monster cutting jaws. The tips are ground down a little bit to give them a low-profile shape for prying up nail heads.

There were also 8″ slip-joint pliers (DWHT75403), which had a similar comfy grip. 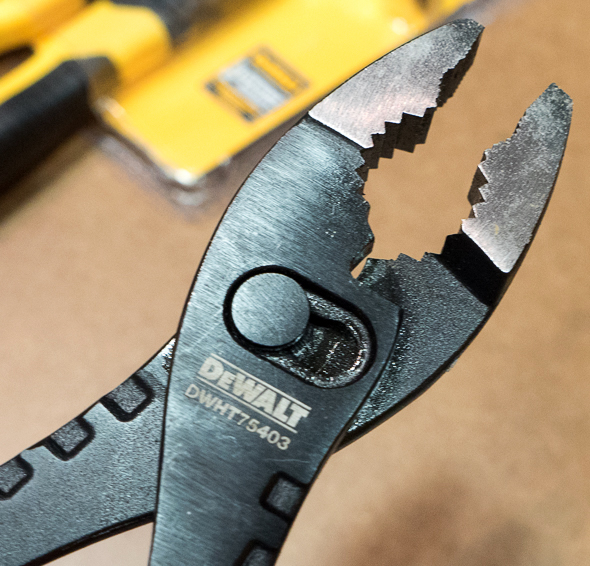 I didn’t give them much of a try, but noticed they had a flush pivot joint, a style I liked in the USA-made Wilde flush-fastener pliers I reviewed, and 2-zone gripping jaws. There was a finer-toothed section towards the tips, and a larger aggressively toothed area for curving fasteners and other round materials.