ToolGuyd > Power Tools > Cordless > First Thoughts on the New Craftsman V20 Cordless Drills and Drivers
If you buy something through our links, ToolGuyd might earn an affiliate commission. 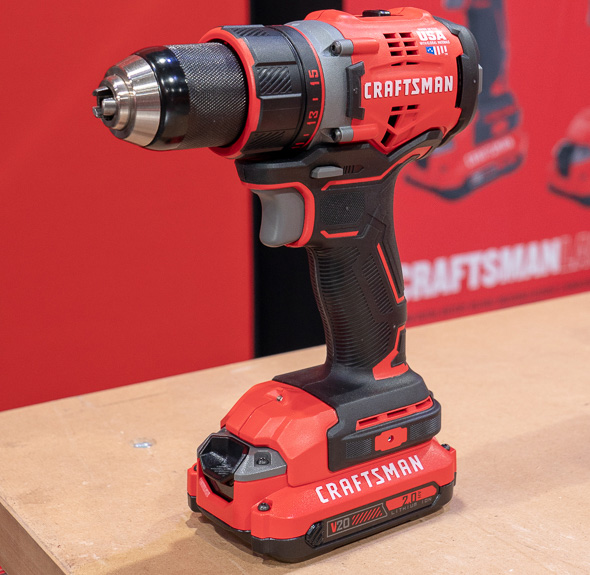 From my recent new Craftsman 20V Max (now V20) cordless power tools preview post, I knew that there were launching 2 distinct cordless drills – one brushless, and the other with more value-focused specs and pricing.

At the recent media event, I was able to try out those two models – more on that later.

As I began working on my Craftsman media event and V20 cordless powers tools coverage, I was surprised to learn that there are 6 different new Craftsman V20 cordless drills – 4 drill/drivers, and 2 hammer drills. 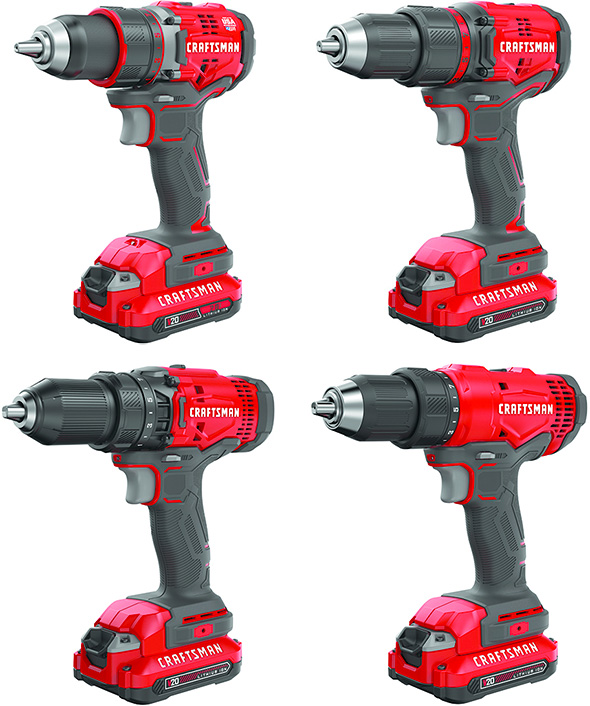 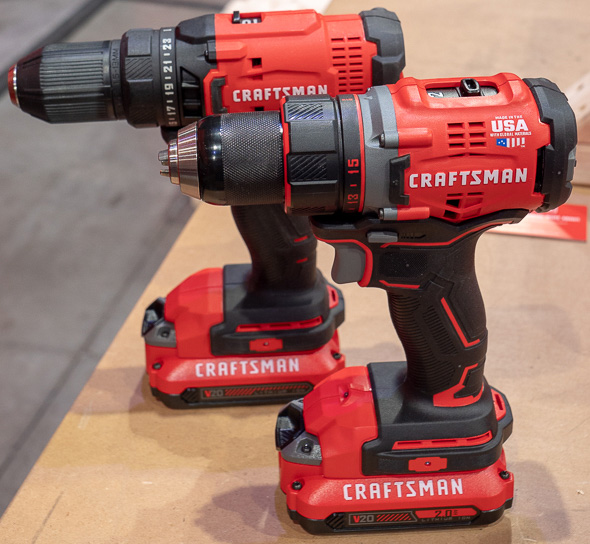 At the media event, when Craftsman compared their new drill to the older Sears C3 drill, they talked about the CMCD720 brushless model. At the demo station, that’s the one they had out.

I felt that the emphasized comparison was skewed, and also wondered what could be said about the Craftsman V20 drill that will be bundled in the power tool combo kits?

The brushless drill was available for testing, and we asked if we could test out the other one as well, the one that will be sold as part of a $79 kit at Lowes. They didn’t have one. A little while later, I found one at the other end of the room, paired with a 1.3Ah battery pack.

I liked Craftsman’s V20 brushless drill, at least from what I saw – we didn’t have a lot of time to spend with the tools. It sped through the 1/2″ spade bit demo application, and felt comfortable in-hand. This is the USA-made (with global materials) drill/driver that will undoubtedly be Craftsman’s V20 flagship.

But the other one, the basic Craftsman V20 brushed motor drill? It was just okay. With very hard pressure, it stalled out, while the brushless motor plowed onwards. With reasonable drill bit pressure, the brushless drill bested it with faster drilling speeds.

We had a limited time with the drills, but I would consider it fair to say that I handled the best new Craftsman V20 cordless drill, and the entry price point model. The other two drills, a less compact-looking and lower-spec’ed brushless model, and slightly higher spec’ed brushed motor model, fall in between.

The brushless drill I tested was paired with a 2.0Ah battery, and the brushed motor drill was paired with a 1.3ah battery. Maybe the other drills will be bundled with 1.5Ah batteries? I really don’t know yet, and am slightly frustrated that the product listings make no mention of battery capacity, except for the kits that come with 2.0Ah packs. 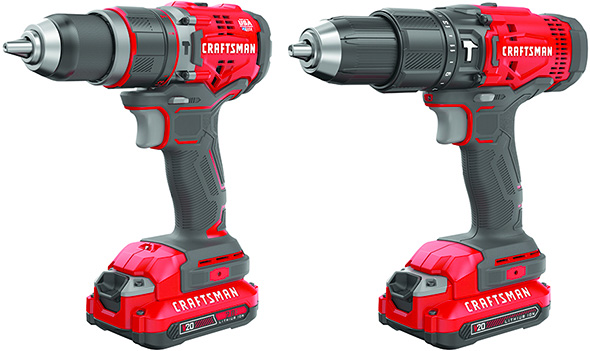 There will be 2 hammer drills, one based on the brushless drill, and the other on the lowest spec’ed brushed drill. I would expect for their performance to be in line with what we saw with the brushless and entry point brushed drill/drivers.

To keep things in perspective, I think that Craftsman has the right approach in offering something for everyone.

Consider Dewalt’s offerings. You have the DCD780 brushed drill/driver, a long in the tooth but capable option, the DCD771 entry priced drill/driver that’s bundled with lower capacity battery packs and often found seasonally for $99, the newish DCD777 and DCD778 brushless drills that are also seasonally priced at around $99, and the DCD791, the latest and greatest no-compromise compact brushless drill. There are also brushed and brushless 3-speed drill/drivers, but you won’t find something that powerful from Craftsman, at least not at this time.

Craftsman is launching 4 tiers, which I supposed could be categorized as value, good, better, best, at least until we learn more. 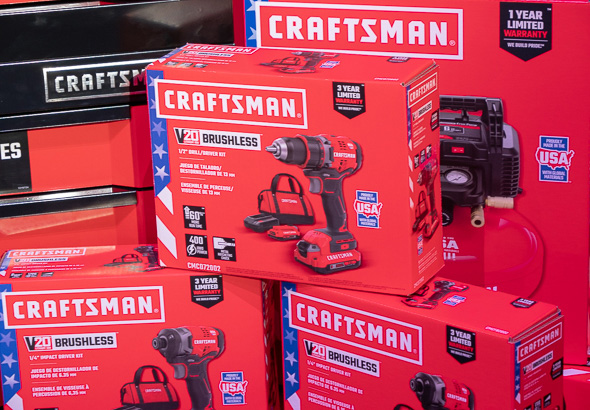 Lastly, check out the packaging that some of the new USA-made Craftsman tools will come in.

I was told that 45% of the new Craftsman products, with respect to dollar amount, are made in the USA, and this number will increase to 85% within three years.

New Craftsman Gyroscopic Cordless Screwdriver Will be a BIG Hit