ToolGuyd > Power Tools > Cordless > Makita 18V Fan-Powered Cooling Jacket is Exactly What it Sounds Like
If you buy something through our links, ToolGuyd might earn an affiliate commission.

In a recent Tested video (link), Adam Savage and astronaut Chris Hadfield dress up as 2011: Space Odyssey astronauts for Comic-Con 2015. In the video, they don these water-cooled shirts, aka Liquid Cooling Garment (LCG), through which ice-chilled water is circulated for greater personal comfort in their hot and stuffy suits.

With all the heated jackets out there (that’s a link to our prior coverage), it got me thinking… is there a potential for a cooling jacket? Maybe a cooling vest? And how could it be done? With liquid cooling? Peltier coolers and some kind of thermo-conductive liner thread that’s spaced out similar to the heating elements of heated jackets?

I brainstormed a little bit and then mentally filed the idea away for later. That was a week or two ago.

This is always a slow time of year for tool news, and so I started tapping into my active cool tool search mode. Makita’s coming out with a new heated vest. Cool, er… hot.

The new Makita heated vest boasts 28 hours of runtime, when used with an 18V 5.0Ah battery pack. It’s not available in the USA (yet?), but looks to be an interesting addition to their very limited heated jacket lineup. I don’t think the heated jacket was ever released here, despite my expectation last year. If it was available here, it doesn’t seem to have been met with much fanfare.

You can read more about the Makita heated vest in their brochure. It can also be powered by Makita 10.8V/12V battery packs, but not the new Makita CXT 12V slide packs.

I kept digging, and found out about a new Makita 18V X2 cordless miter saw. More on that later!

And then came a deeper search, where I found this:

So… that’s a Makita cordless cooling jacket. A COOLING JACKET! 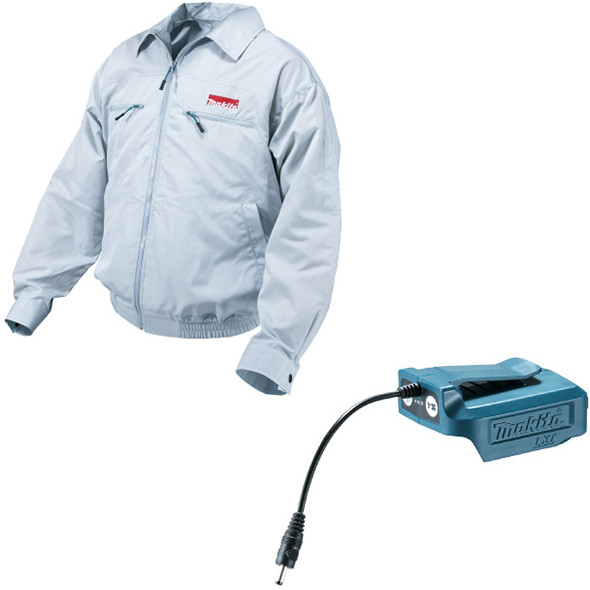 Is this a new thing? I searched around and spent 10 minutes watching several other cordless fan cooling jacket videos. Each one was more amusing than the last. Apparently these types of jackets have been available in Japan for some time. 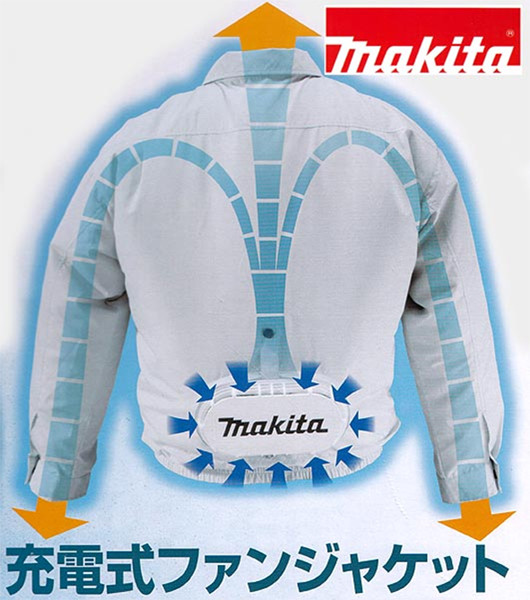 A search for more information turned up another tool site’s post from this morning, an Amazon Japan listing, and a couple of other Japan-based retailer product pages. It’s crazy that nobody picked up on this before!

The Makita cordless cooling jacket is white, presumably to reflect sunlight to reduce heat, and is meant to be worn over light clothing. Wearing a sweatshirt or other similarly bulky warming layer would defeat its purpose. I learned that from this video, which features an inflating purple jacket.

While a great idea and something I could definitely use at times, I highly doubt that we’ll see these in the USA. What would you do if your colleague showed up to an outdoor jobsite wearing a fan-puffed white jacket in the middle of the summer?

An air conditioned work shirt which works on a similar principle? That could work…