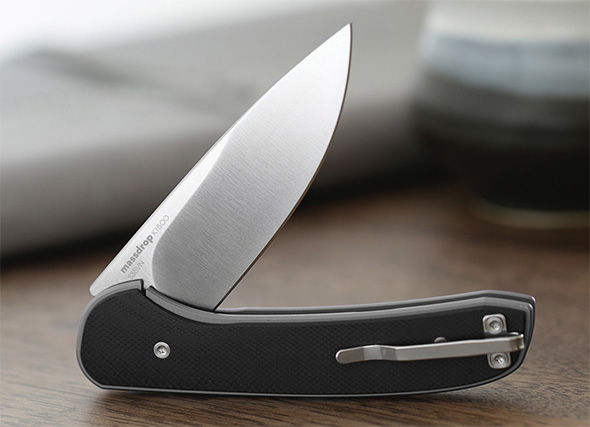 The Gent knife is an odd product to talk about. It’s designed by Ferrum Forge, a USA-based high-end knifemaker whose products I fancy but are too pricey for me, produced by MassDrop, and manufactured by WE Knives.

I previously wrote about a knife I purchased from MassDrop. MassDrop can best be described as a “group buy” retailer. You commit to a product at a price, or flat out order it, they take your money, and some time in the future you get your product. Sometimes it ships out very quickly, other times you have to wait a few weeks or months. In that way it’s like a preorder program.

WE Knives is a Chinese-based knifemaker. I bought a Gent during their first release, and another WE-made knife, and am pretty pleased with the quality.

Okay, so just so we’re clear on what the Gent is, it’s a folding knife that’s produced by MassDrop, designed by Ferrum Forge, and made by WE Knives.

And it’s a really nice knife. I’ve used mine a bit, and I like it so much that I ordered another one, in blue. When I ordered my first Gent knife, it was only available in black. 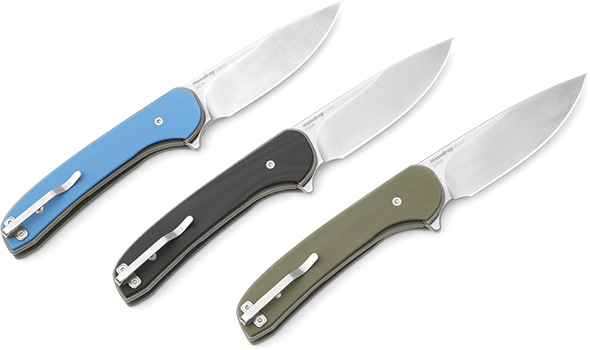 The MassDrop Gent is a smaller-sized EDC knife, with a 3″ blade made from CPM-35VN stainless steel. While I’m describing it as a small knife, it’s not very small. It’s comfortably small, while being large enough to be useful.

That statement could get me into trouble too. My Spyderco Techno, reviewed here, has a 2.55″ knife blade. Now that’s a small knife. The Benchmade mini Griptilian, reviewed here, and its earlier version, also reviewed here, have 2.91″ blades, and are among my favorite everyday-use knives.

I like my Gent, and had been meaning to give it a full review treatment, but this new MassDrop “drop” is only open for a limited time.

There are 3 color options now – black, olive green, and blue.

MassDrop is one of those “members-only” shopping sites, but it’s free to join. They say this is necessary because their agreements require that they hide product prices from search engines. The link above is my “refer a friend” link. I didn’t know what the reward was (I think it used to be a box of swag), but apparently a couple of readers signed up through my link in the Spyderco post and I saved a few dollars off my order of a blue Gent.

I was a little surprised, but the Gent doesn’t have any Ferrum Forge branding, only a small MassDrop logo on the blade. I guess that makes sense. Knife collaborations don’t typically have the designers’ marks on them.

While $80 seems like a bit much, I’ve been really pleased with the quality of the Gent knife. It seems to be reasonably priced, and its price is reflective of its decent quality.

There are some compromises in the design, but if you’re not a knife enthusiast you might not notice them if I don’t point them out. The Gent doesn’t have much flair, but that adds to its appeal, in my opinion.

This isn’t Ferrum Forge’s first knife with MassDrop, or their first WE Knives knife, and so I ordered my first Gent without much concern or hesitation.

This is a good flipper knife, one of the best for under $100 at that.

If you want a good flipper knife for less money, check out the Kershaw Dividend knife, reviewed here. That’s a spectacular knife, and made in the USA, too.

I still have a Gent review in the works, but if you have questions, I can try to answer them here, before the current Gent MassDrop sales period ends.