ToolGuyd > Power Tools > Saws > Skilsaw Should Come out with a Brushless Worm Drive Circular Saw
If you buy something through our links, ToolGuyd might earn an affiliate commission. 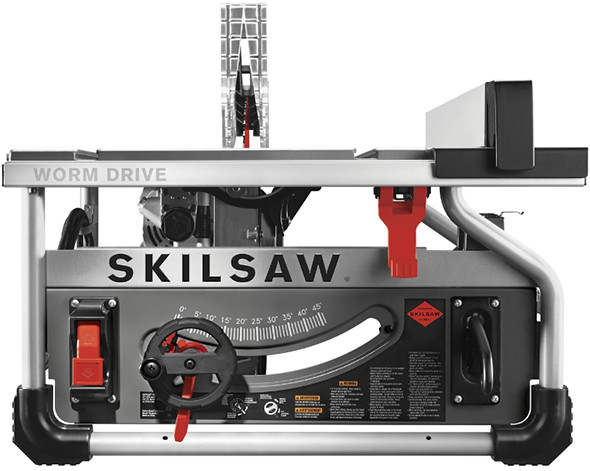 About a year and a half ago, Skilsaw set itself apart from Skil, with a new brand identity. Recently, Skilsaw came out with a worm drive table saw – the world’s first.

What’s next? I think that Skilsaw should enter the cordless tool market, with a brushless worm drive circular saw, and then a brushless circular saw. I guess the order doesn’t really matter.

Update: Skilsaw IS finally coming out with a cordless worm drive saw!

Oh, and the tools should be powered by Bosch 18V Li-ion batteries, with cross-compatibility between the two lines.

Thinking of Skilsaw’s brand identity, and wondering about where they possibly see themselves heading over the next few years, I’ve also started to think about how the new Skilsaw worm drive table saw fits into that agenda.

They certainly could have come out with a portable table saw that only very slightly differed from Bosch’s current offerings. There are some similarities, but they equipped this saw with a worm drive drive train, with increased power and durability, and great rip cutting performance and reliability being the end result.

They wanted to turn heads and attract attention, and they succeeded.

I don’t want this to be Skilsaw’s only forward-pushing product, I want more.

I checked out the worm drive table saw at a recent Woodworking Show, and a test sample recently arrived. It’s solidly built, and I plan to use it for a project as soon as I can. If the power is there, and it very well should be, the new Skilsaw table saw will be a very competitive offering.

It’s paired with a Diablo blade, so you know they mean business. It’s not an as-cheap-as-possible throwaway blade.

Skilsaw has the chance to further distance themselves from the perception of the Skil brand, which caters more towards homeowners and DIYers on a budget. I think that they should take this chance head-on.

Sure, they could stop here. A couple of handheld worm drive circular saws, Sidewinder saws, and a worm drive table saw are good offerings.

But c’mon, how about 18V cordless brushless worm drive and Sidewinder style circular saws? That sure would be something. And maybe eventually, a miter saw, corded or cordless.

Skilsaw, you’ve got our attention, but will you continue to WOW us?