ToolGuyd > Editorial > The Fall of Sears and Craftsman
If you buy something through our links, ToolGuyd might earn an affiliate commission. 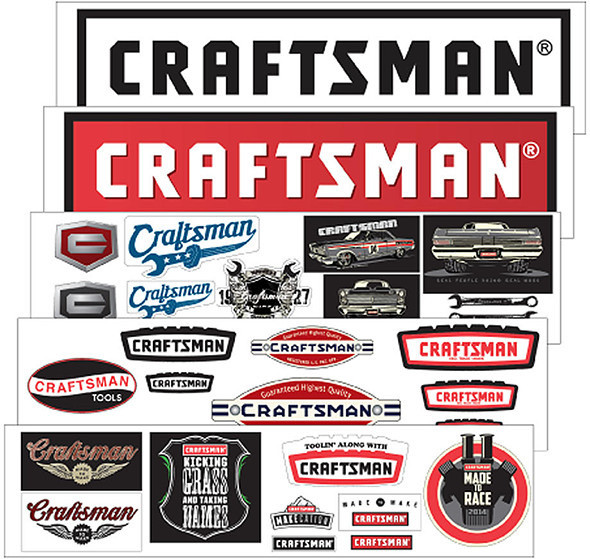 I am sure you have heard about Sears’ financial… situation. They have been losing money (for years now), losing customers, closing stores, and suing their suppliers.

They lost a patent infringement lawsuit recently, lobbed public accusations against TTI, in addition to suing them, and sued Western Forge, at the same they started carrying imported pliers from another supplier.

Now, I’m told by a reader (thanks, Ryan!) that some of their Western Forge-made USA-made tools have been removed from store shelves. He said:

I talked to a person I know from Sears. Sears is pulling the American made Western Forge screwdrivers off the selves because of the dispute.

I asked if he was sure, and he said that he visited his Sears and saw that all the open stock had been pulled from the shelves, with only a few sets left remaining.

I would visit my local Sears to check, but there is no local Sears here anymore, they recently closed.

Sears used to be one of my favorite tool stores, and I’m not just talking about Craftsman tools. They used to have a great tool buyer, bringing a variety of otherwise hard to find brands to stores, online and brick & mortar. I don’t know what happened to them, but it was very noticeable when they left – the tool selection and brand variety stopped growing.

What happened to the Craftsman Tool Catalog?

What happened to the holiday season tool catalog?

Craftsman discontinued their Craftsman Professional brand, and slowly but very obviously, they stopped making tools here. Perhaps that contributed to the closure of Armstrong’s USA factory.

All I could guess is that the executives seemingly stopped caring about customers, the brand, or both. Or, if they never really cared, maybe they just started neglecting the wants and needs of us, their previous regular customers.

There has been a constant emphasis, these past few years, on Sears becoming an Amazon-like marketplace, and on their Member-Driven program. Sears has been trying to turn themselves into what, a service?

Customer service has gotten worse, tool selection has been stagnant in some areas, greatly diminishing in others. Their website is not up to modern usability standards, in my opinion.

There are still some interesting new Craftsman tools worth buying, such as their low profile Z-driver screwdriver from last year, but where can you buy it? It’s sometimes too much of a headache to order from Sears.com, and there’s no local store I can easily visit anymore.

More recently, I don’t think I’ve talked with anyone at Sears or Sears’ Craftsman for nearly a year. And if you don’t count the talks we had about their “smart” Pro Series lockable tool box that Ben reviewed, our last communications were even earlier.

Back in early 2015, someone at Sears reached out, asking for some personal feedback on the tool department. I shared my then-opinions about Sears and Craftsman, and after I presented the idea, he expressed interest in seeing reader feedback as well. They promised to read over the comments, and that the feedback could potentially lead to changes they wanted to bring about.

So what’s been done since March of 2015? There haven’t been any changes, at least nothing for the better.

Was it all for nothing?

That wasn’t the first time I was asked for feedback. Prior to that, I had a phone call with someone at Craftsman about store demos. I wanted to talk about some of the things that customers like me would like to see changed at stores, and the person I spoke to kept talking about 3D printing demos and workshops. I remember getting frustrated and said something like: Sears stores cannot manage or man tool demo stations, or even have them in working order in the middle of the winter holiday shopping season. If something like a “try me” hand tool station is too complicated, I have little confidence that Sears can do anything successful with 3D printing.

Even before my misled optimism in 2015 for changes that never came, I had always felt that my comments and criticisms fell on deaf ears. That’s why I posted an open letter to Sears, asking why they were cutting Craftsman Pro and USA-made tools from the lineup. After that went up, I was told that I could always email them with feedback. While true, I had grown to believe that I was not being taken seriously. All I wanted was for someone to listen, to know that we were unhappy. And with that  public post, I sure got their attention.

Even with their attention, nobody ever got back to me about why Craftsman Pro and USA-made tools were disappearing.

Customers like me? Like you? They stopped caring about us. It seemed they had grown more interested in appealing to gift-givers, and value-shoppers. It seemed that the Craftsman tool brand was only alive 2 times a year – before Christmas, and before Fathers Day.

These days, what do we mean to Sears? Are we just numbers, “members” who are automatically so, based on past Craftsman Club enrollment?

All of these little things have led me to one conclusion. The powers that be at Sears and Sears’ Craftsman? They just don’t care. If they did, things would be different, or at least it would feel different.

There are no more tool catalogs, no more Craftsman Experience events, no more holiday season previews, no more media communications. And all this was well before they sold the brand name to Stanley Black & Decker.

There weren’t enough associates when I needed one, and one year there were too many “do you want to sign up for a free home estimate” solicitations when I just wanted to browse the holiday deals in peace.

At least, Stanley Black & Decker promises great things for their new Craftsman brand, including their intent to bring much manufacturing back to the USA. I can see the potential that SBD brings to the brand, and am hugely eager and optimistic about what is to come. Through their efforts, hopefully the Craftsman brand will be properly reborn.

As for Sears, it seems that the ruin stemmed from business decisions made at the highest levels. I feel for the workers whose livelihoods are tied to the company. But the Sears that exists today is not the one I used to love shopping for tools at. It’s a poor reflection of what it was even just a few years ago.

I used to think that Sears could turn things around. But at this point, I don’t think they even know how.

All of the things I used to love about shopping for tools at Sears? They’re long-gone. And why? That’s one of the most frustrating parts of it. All I see are a series of business decisions that alienated me as a customer, little by little.

The Craftsman and Sears that used to exist – it meant a lot to me, and still means a lot to me. That’s why it saddens me to reminisce about the Sears that was, and to know that the way things are now, I don’t think I could be a Sears customer ever again.

What About Craftsman Cordless Power Tools?